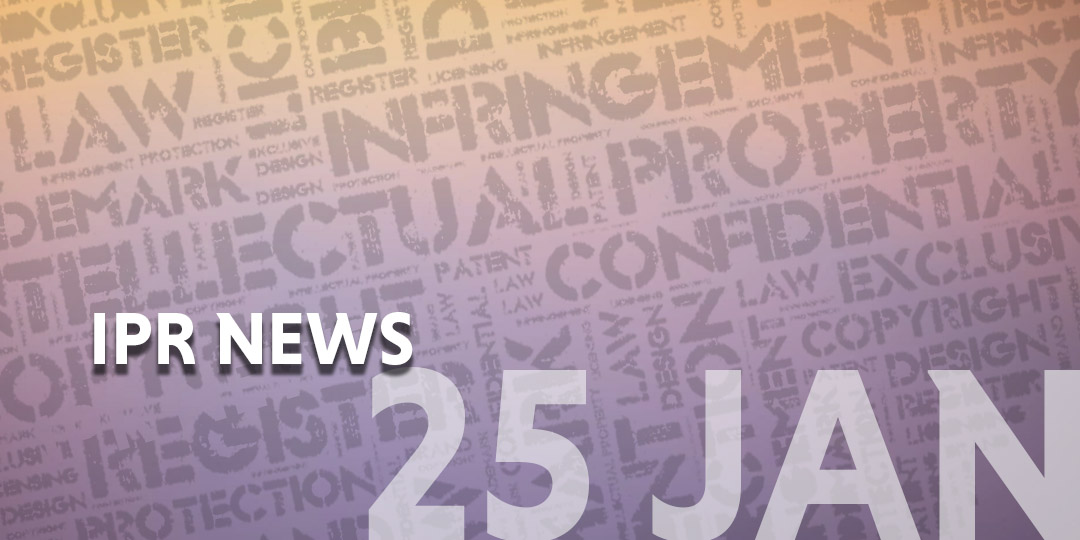 The company had applied for the Trademarks ‘PETAL SEARCH’ in relation to search engine services and providing localized search services based on user search habits. The search engine was launched back in 2020 and applications for the registration of the trademarks was filed in 2021. The applications were initially rejected on the basis that there were similar marks which were already registered, containing the term ‘PETAL’ in relation to identical services, following which the company had applied for re- examination which has again resulted in rejection stating that the similarities in the cited marks can easily cause confusion among the consumers as they are being used in relation to identical services.

The China National Intellectual Property Administration has announced a 20 Days- Rapid Examination of Trademark Applications Program. Accordingly, it has provided certain measures and categorized marks to identify and examine the same rapidly. The category of marks that shall be examined under this program include marks involving major projects, marks applied in relation to serving high-quality economic and social development, marks having the consent of all applicants that are applied electronically, consisting only of words. Further, the application should not be for registration of collective trademarks and certification trademarks and no priority claim should be made. If a mark satisfies all these conditions, then the same shall be examined and processed within 20 working days.

Lacoste has initiated an infringement suit against M&S for the use of the shape of crocodiles as prints in its products related to bed covers and children’s hat. Lacoste claims that it had sent a Cease & Desist Notice to stop the advertising and sales of the products bearing the shape of the crocodile which was ignored by the company. Lacoste also claim that the shape is their registered trademarks and the purchasing public instantly associate this shape mark to their company. Whereas, M&S claims that, the products were created independently by the company and is unique. Presently, the suit has been filed before the London Court seeking an injunction against the advertisement and sale of the products bearing the mark and an order to destroy all items bearing the mark at its own expense.

Ericsson had initiated a suit for infringement of its 5G Patent against Apple earlier this month. The companies entered into an agreement in 2015 which is now expired and presently, the parties have failed to reach on an agreement in relation to the new license which is the spark for the present lawsuit. Ericsson claims that Apple is currently using its patents for 2G, 3G, and 4G technology without its permission and alleges that Apple is no longer allowed to license Ericsson’s patents pertaining to wireless connectivity in its devices as the 2015 agreement has expired. The company does not specifically claim anything in relation to stopping Apple from using their technologies but is currently seeking compensation. Presently, Apple has responded to Ericsson’s lawsuit with a countersuit seeking a US import ban on the Ericsson’s mobile base stations. Apple claims that those products infringe on three of its patents. Apple also states that it is willing to withdraw the suit if Ericsson withdraws its suit.

Sterlite had filed suit for infringement of its registered Patent in relation to optical fiber cable against HFC seeking an injunction against making, manufacturing, using, offering for sale, exporting and importing the optical fibre cables based on Sterlite’s multitube micro cable technology. The court had appointed commissioners who physically visited HFC’s premises to check the extent of infringement to take appropriate action and the officials had taken samples of the controversial optical fibre cables for its submission before the Court. The Delhi High Court has presently restrained HFC and its subsidiaries for allegedly manufacturing and selling of optic fibre cable based on Sterlite Technologies’. HFC states that it has already initiated required legal actions to get the present order vacated.

EcoFactor, a Smart Home Energy Management Company has accused Amazon of infringing two of its patents in relation to home energy management solution technology. The two patents claimed to be infringed by the company are titled “System and method for using a wireless device as a sensor for an energy management system” and “System and Method for Using a Mobile Electronic Device to Optimize an Energy Management System.” And EcoFactor claims that Amazon’s products such as Amazon servers, backend systems, web portals, APIs, Alexa mobile app, and remote sensor accessories that support these thermostats infringe their patents. The company in its suit seeks barring further infringement of its patents and an order requiring Amazon to pay the damages.

The Plaintiff was the Registered user of the Trademark RENAISSANCE and filed a suit for permanent injunction to restrain the Defendants from using the mark SAI RENAISSANCE or any other mark which was similar to the Plaintiff’s mark. The trial court restrained the Defendant from using the mark whereas the High Court ruled in favour of the Defendant stating that there was no infringement caused by way of using the mark SAI RENAISSANCE. Following which the Plaintiff approached the Supreme Court. The Court was of the opinion that when the trade mark of the defendant is identical with the registered trade mark of the plaintiff and that the goods or services of the defendant are identical then the court shall presume that it is likely to cause confusion among the public. The Apex Court ruled in favour of the Appellant and opined that it has no hesitation to hold that the High Court was not justified in interfering with the well­-reasoned order of the trial court.

The legal battle for the trade name and trademark ‘ABBA’ has come to an end following a settlement between the parties. The pop group ‘ABBA’ sued the UK-based company that stages shows under the brand Abba Mania. This suit was initiated by Polar Music International, the company that owns the Abba Group claiming that Abba Mania has been using the term ‘ABBA’ without the company’s prior consent/ permission or knowledge and the same amounts to infringement of its trademark. The pop group also stated that an attempt to amicably settle the issue was undertaken from their side but the defendants refused to resolve the dispute and cease the use of the name Abba Mania. Presently, Polar Music has reached at a settlement with the defendant in relation to usage of their trade name and trademark following which the suit has been withdrawn.

The Turkish Patent and Trademark Office in its recent report has stated that it received about 2 Lakhs Trademark Application last year of which about 1.7 Lakhs were applied by Nationals and that the same amounted to 12.4 percent increase than that of 2020. As far as patent applications received by the Office is concerned, it received only 17 thousand applications, amounting to a decrease of 6 percent than that of the previous year.

According to the ranking by the Intellectual Property Owners Association, Toyota has been awarded the most number of patents than any other automaker in the year 2021. The company has been awarded a total of 2,753 patents in 2021 with many in battery research to support vehicle electrification plus other categories, including but not limited to automated driving systems, hardware, software, AI, materials and other mobility-related inventions. It is pertinent to mention that this is the eighth consecutive year that Toyota has been the highest ranked automaker according to IPOA’s report.

The suit was filed by Kajaria Ceramics seeking a decree of mandatory injunction against the defendants restraining the defendants from infringing the plaintiff’s registered trade mark and copyright and misusing the plaintiff’s domain name, website etc. and other ancillary reliefs. It was claimed that the plaintiff is a reputed manufacturer of ceramic tiles and the plaintiff came across a fraudulent website by the name of www.kajariadealership.com on the internet via Google search results which is offering fake Kajaria tiles dealership. The Plaintiff claims that the fake website is a replica of the plaintiff’s genuine website and that the defendant has copied all the distinctive features from the plaintiff’s website with the intention to defraud the general public with the dealership of the company. It is also claimed by the Plaintiff that the Defendant charges Rs.10,00,000/- towards grant of fake dealership of Kajaria for which the Plaintiff has also filed complaint with the Cyber Cell which is being investigated. The Delhi High Court has presently issued a temporary injunction restraining the Defendant from infringing the Plaintiff’s registered trademark, trade name and domain name, finding a prima facie case in favour of the Plaintiff.

An official from the EU had posted a cowboy-themed video promoting the proposal to regulate online content in a parody form which drew questions about whether the use of a Hollywood film clip in the video contradicted its own copyright rules. The question here was whether the use of the clip from a famous Hollywood movie violates the IP Rights of the film makers. As a counter, the official stated that the video doesn’t violate copyright because it is parody which falls under copyright exceptions and that the EU’s copyright rules, which are due to be implemented by EU member nations allow for criticism, caricature and parody, thus memes and similar parody creations can be used freely. It is further stated that the interests of the users are also preserved through effective mechanisms to swiftly contest any unjustified removal of their content by the platforms.

The acquisition deal between GSKAPL and GSK Overseas Ltd. and GSK UK Trading Ltd. has given rights to the acquisition of the trademarks of IODEX and OSTOCALCIUM brands along with the legal, economic, commercial and marketing rights of such brands and other associated assets (GSK Consumer Brands) from GlaxoSmithKline Pharmaceuticals. The Competition Commission of India (CCI) has approved the acquisition which also involves the collective acquisition of 100 per cent shares of GSKAPL by the Acquirers.