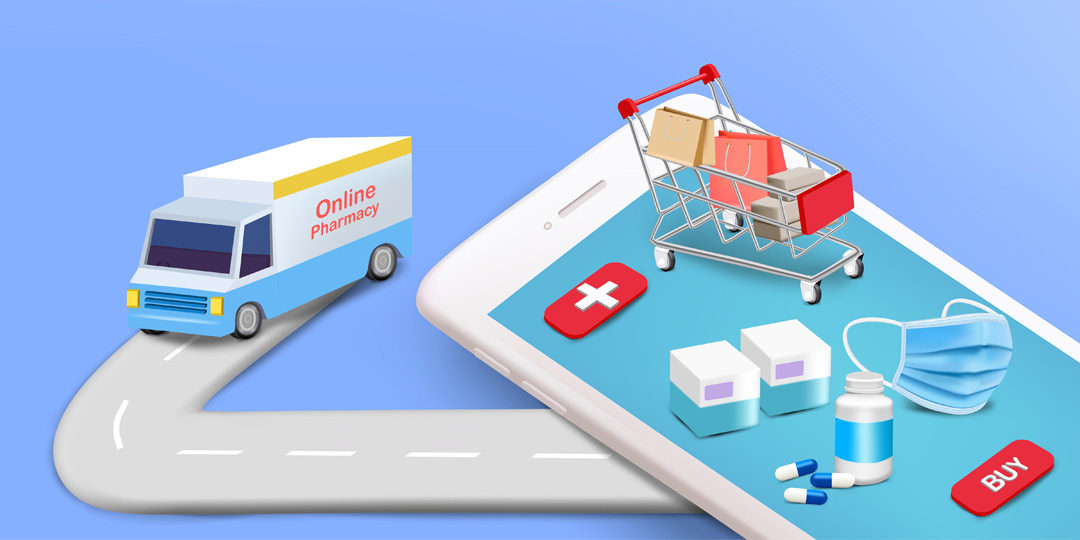 Over the last few decades, there has been a significant increase in the digital commercialization of goods and services. “E-Pharmacies” have entered the race during the Covid-19 lockdown and the need for medications has fueled their growth.  As a result of this transformation, nearly everything, including medicines and medical tests, has become available at one’s fingertips via e-commerce portals in recent years. The Drugs and Cosmetics Act, 1940 (‘D&C Act’) (80 years old) still regulates the entire medical supply industry in India. Amendments or replacement of this law are needed to adequately address the stakeholders’ concerns about technology and the cyber era.

There is no single classification for online pharmacy models. They are typically divided into organized and unorganized systems. The organized system verifies the prescription, keeps electronic records, and informs patients about side effects and dosage details. The unorganized system lacks these facilities and faces legal and auditing challenges when attempting to provide similar services. The concept of an online pharmacy is widely accepted in many countries around the world. It is much more significant for the Indian market, where there is a high demand for and use of medications due to the country’s massive population. In India, the notable players in this market include 1MG, Netmeds, Bookmeds, Medlife, Pharmeasy, and Medicare.

The main advantages of e-pharmacies are their accessibility and availability, as they use digital technology to purchase the necessary items quickly and easily, with the option of selecting from a variety of generic medications. Another critical factor is the lower cost and pricing transparency in e-pharmacies, which may be related to the elimination of middlemen in the supply chain such as distributors and stockists. A coordinated distribution strategy for medicines in rural areas would also be successful in terms of convenience and doorstep delivery.  As a result, the model provides a situation in which both the customer and the service provider benefit.

The current rules and regulations do not explicitly outline the edict for the online sale and supervision of prescription drugs. As a result, several parties approached the government, which subsequently established an expert committee in 2015, led by Dr Harshdeep Kamble, a former food and drug commissioner for Maharashtra, to investigate the viability of an online pharmacy industry in India. Following extensive discussion and consideration, the Ministry of Health and Family Welfare issued notification G.S.R. 817 (E) dated August 28, 2018, which proposed to change the D&C Rules, 1945 (1). Unfortunately, the same has still not been passed as it has countered multiple bureaucratic hiccups (2). Following this, 11 e-pharmacy start-up companies formed the Indian Internet Pharmacy Association (IIPA) which pledged to ethically practice this business with the existing rules and regulations in the country (3).

The department related Parliamentary Standing Committee on Union Commerce Ministry has recommended to the central government that the draft e-pharmacy rules published nearly four years ago by the Union Health Ministry be finalized and implemented as soon as possible. In its report on “The Promotion and Regulation of E-Commerce in India,”(4) which was given to the Chairman of Rajya Sabha on June 15, the Parliamentary Committee recommended that the government issue a comprehensive set of guidelines for e-pharmacy or e-health platforms. While acknowledging the growth of e-commerce in the pharmacy and healthcare industries, the Committee expressed concern about the potential abuse of such channels in the absence of regulations for the distribution of questionable or unethical drugs, as well as outdated, substituted, or fake medications. Given the potential harm to end-users in the event of misuse, strict regulation of the e-health and e-pharmacy industries is critical.

NEED FOR AN AMENDMENT

According to a recent KPMG-FICCI study, the Indian e-pharmacy market is expected to grow rapidly at a compound annual growth rate (CAGR) of 40 to 45 percent in the future, fueled by rising internet penetration, digital payments, and government support.(5) The D&C Act does not distinguish between traditional and online pharmacies. Only a licensed retailer may sell pharmaceuticals, and even then only with a doctor’s prescription, according to Section 18(c) of the D&C Act, 1940, as read with Rule 65 of the D&C Rules, 1945. Rule 65 requires the sale of pharmaceuticals to be supervised by a registered pharmacist, which includes the pharmacist’s and doctor’s signatures and stamps on the prescription. According to reports, however, because the applicable legislation is ambiguous, e-pharmacies routinely sell prescription pharmaceuticals in violation of the nation’s regulations.

In Tamil Nadu Chemists and Druggists Association v. Union of India & Ors (17 December, 2018), the Hon’ble Madras High Court noted the market’s expansion and stated, “..rapid growth of e-commerce continues to bring problems to the State and Central Government in the trade of on-line Pharmacy.” In order to not lose track of this rapid growth, there is a dire need to amend the existing Act.

On August 27, 2021, the Ministry of Health and Family Welfare established an 8-member committee led by Drug Controller General of India (DCGI) Mr. VG Somani to draft the New Drugs and Medical Devices Act to support the development of “de-novo” drugs and cosmetics, in the age of online pharmacy portals. The Committee aimed to address current issues as well as those that may arise in the future as a result of the rise of online pharmacies and the inclusion of medical devices in the definition of pharmaceuticals under the D&C Act 1940.

In pursuance of the above, the Union Health Ministry has released the new draft “Drug, Medical Devices, and Cosmetics Bill-2022.” on the 8th of July, 2022. The proposed Bill includes a separate definition for medical devices, which includes all reagents and kits, as well as diagnostic equipment, software, implants, and assistive devices for people with disabilities. Medical devices were governed by the 1940 Act as one of the four categories of “drugs.” The Bill also calls for the formation of a separate expert group on medical devices and the establishment of central and state medical device-testing laboratories along the lines of the network of drug-testing laboratories. The Bill also goes beyond simply identifying medical devices; it also calls for the formation of a “medical devices technical advisory board” similar to the existing medicines technical advisory board.

The draft Bill does not address the regulation of e-pharmacies. Instead, it requests the Central Government to create regulations for e-pharmacies. (6)  As per the Bill “no person shall himself, or by any other person on his behalf, sell or stock or exhibit or offer for sale or distribute any drug by online mode except under and in accordance with a licence or permission issued in such manner as may be prescribed.” (7).

The government is seeking comments, objections, and recommendations on the draft Bill for the next 45 days (8).

In light of recent events, it appears that the government and the judiciary have taken a proactive stance in developing a plan to regulate India’s e-pharmacy industry, but this is not enough. The Federation of Indian Chambers of Commerce and Industry (FICCI) recently vehemently pressed for the section on e-Pharmacy in the draft Rules to be published as soon as possible to avoid confusion among various stakeholders. The trade group emphasized that delays are unfavourable for this significant and expanding industry and expressed concern about the overall regulatory and investment environment, which need further clarification. It also suggested that e-pharmacies are in line with the country’s development goals.

More clarity is required to identify and evaluate the various perspectives of e-pharmacies for them to be truly beneficial for both patients and service providers. This is heavily reliant on how these Draft Rules and the recent Bill are implemented. The aforementioned, is yet to fully uncover the potential of this industry. The lack of regulations will not only affect the e-pharmacies but also the patients who can benefit from it. Regardless of the new proposed Bill, there is still a cloud of uncertainty which covers this industry. The delayed resolution will economically put us behind other countries as there is a surge of proactive steps taken elsewhere.

If implemented appropriately, it will aid in the establishment of a much-needed clear regulatory framework and ensure the proper operation of e-pharmacies in India. It is expected that the large expansion of the e-pharmacy era shortly will offer exciting potential in the healthcare sector, in addition to establishing a comprehensive framework for the regulation of online medicines in India.