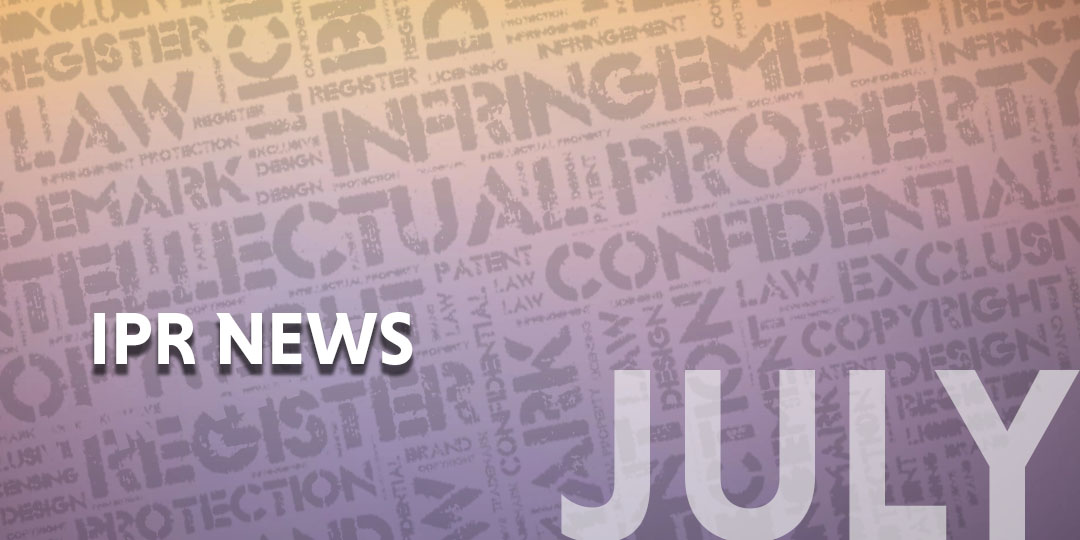 This patent discloses what is basically a “what if” function, which could provide the players of the PS5 the ability to not only examine replays of their gaming but also view different varieties of outcomes that might have happened if they had made a different choice throughout the game. The technique of the interface involves providing the opportunity to pick at least one of the What-If scenarios from among the available possibilities. This option paves the way to a modification being made to the information that is linked with the record of the prior gameplay. It can’t be perceived whether this patent has created a change, because Sony has patented a broad variety of ideas that have never been put into practice.

A case has been registered against two individuals and a company in Maharashtra for violating the Copyright Act by using Disney characters in birthday materials without permission. The case was registered under provisions of the Copyright Act, 1957 based on a complaint lodged by an official Disney Enterprises and Marvel characters following which raids were conducted and materials were seized which amounts to an estimate of 1.81 Lakh Rupees.

There was a lawsuit filed against Jay Kennette Media Group by NBC Universal over its trademade registration of “Dunder Mifflin”, the fictional company from the hit show- The Office. NBC claims that Jay Kennette Media Group have built a business based on registering trademarks belonging to others in an attempt to make a profit by either selling the trademark back to the proper owners, or causing “consumer confusion” by selling merchandise that feature framed TV shows, films or video games that are not actually connected to them and accuses the company to be Trademark Squatters. The NBC has initiated the present suit with the intention to bar the Media Group’s use of anything related to Dunder Mifflin and to destroy any leftover merchandise that features the branding, along with receiving unspecified damages and profits from the merchandise.

The copyright claim was filed by theatre and film producer Mario Philip Azzopardi against blogger Manual Delia, over Delia’s publication of the script to Azzopardi’s play “ix-Xiha” on his blog. The production of “Ix-Xiha” had been cancelled by the Manoel Theatre board and it is claimed by the Plaintiff that before such cancellation heavy expenses were incurred in its production thus the misuse of the IP had led him to suffer damages, for which he has sought compensation.

CureVac a biotech company has filed a patent lawsuit against BioNTech over its use of mRNA technology in Germany. The company seeks “fair compensation” from BioNTech and two subsidiaries for infringement of its intellectual property right. CureVac stated that its claim to intellectual property rights was based on more than two decades of work on mRNA technology and that it does not seek an injunction nor intend to take legal action that impedes the production, sale or distribution of Comirnaty by BioNTech and its partner Pfizer.

Amendment to a patent specification – the scope of consideration of claims

In the case of Nippon A&L Inc. v. The Controller of Patents, the High Court of Delhi has held that amendments to a patent specification or claims prior to grant ought to be construed more liberally than narrowly. The Appellant had applied for a patent of the product and process of Copolymer Later, which was objected on the ground that the scope of protection was unclear from the claims made. Following which the claims were amended and the matter was heard by the Deputy Controller who was of the opinion that there was no inventive step involved and that the claims were beyond the scope of the originally filed claims. The court was of the opinion that the consideration that must be kept in mind while analyzing the claims is that the amended claims are not inconsistent with the earlier claims in the original specification.

Pandora faces another lawsuit claiming it had failed to pay legally-required royalties to Lewis Black. A complaint was filed in California Federal Court claiming that the company used and exploited Black’s works with the intention to make themselves money with the knowledge that it had no license and had not paid the artist, with the deliberate idea that it would not be paying, royalties. Thus Black seeks more than $10 million over the company’s illegal streaming of his works.

There have been in an increase in fakes and commercial knock offs produced in Asia and Eastern Europe which is exploiting indigenous culture and robbing the artists of revenue. There have been events where the works of well- known indigenous artists have been reproduced without prior permission and it is claimed by artists that the industry of fake indigenous art may be worth millions of dollars and breaches artists’ intellectual property rights and the federal government is presently facing calls to take actions against the same.

According to Apple’s patent, the Apple Watch processor may apply the biometric identification (fingerprint) for any of several purposes. The described patent generally related to electronic devices.  More notably, the present invention relates a fingerprint sensing system integrated with a button. In certain cases, the processor may also instruct the biometric sensor to capture a biometric datum from the user.

On July 08, 2022 the China National Intellectual Property Administration (CNIPA) released the Development of the National Patent Agency Industry report (2021) listing statistics on the growth in patent agents and agencies over the past decade. According to the report there were 60, 369 patent agents by the end of the year 2021 and about 3,934 mainland patent agencies by the end of 2021. Thus, the number of patent agencies grew 20.9% year-on-year and over 50% of agencies were ordered to make ratifications due to filling of fraudulent, including abnormal and irregular patent applications.