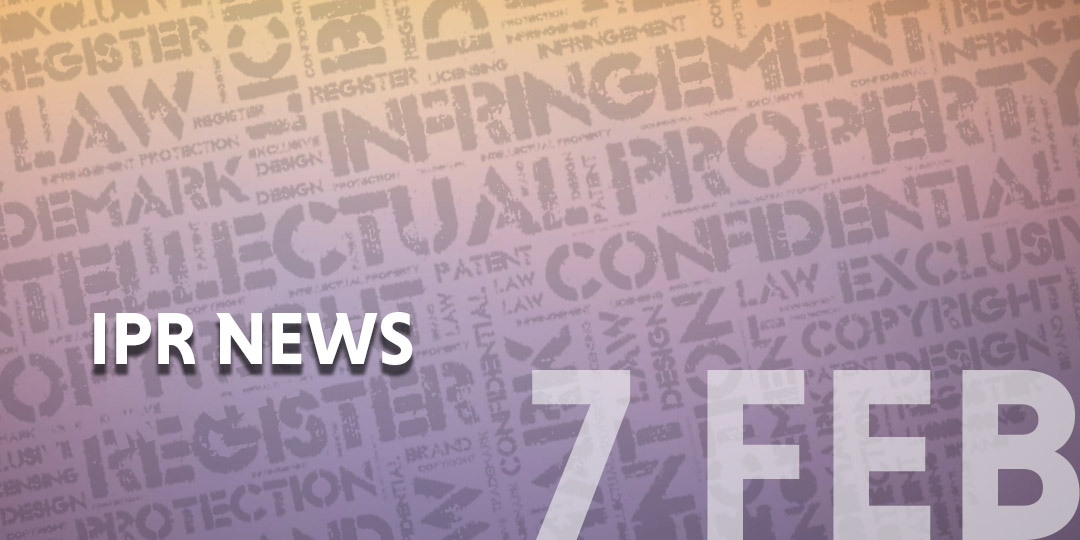 Bragg Live Food Products, a company specialized in providing organic food products, has accused the NFPC of copying its trade dress and infringement of trademarks and copyrights. Bragg states that it has been using the yellow and red colour scheme on the packaging of its products for several years and that NFPC began selling Apple Cider vinegar under the brand name White House back in 2016 using a green label and after 2019, started using the same colour combination and artistic elements as that of their company. It is also stated in the complaint that Bragg had sent numerous Cease and Desist letters to restrain them from infringing their trade dress, trademark and copyright. Presently, Bragg seeks an injunctive relief and destruction of unauthorized products and advertisements in White House’s possession. The company also claims statutory damages up to $2 million for each trademark or trade dress the White House willfully infringed.

The Japan Patent Office has introduced a new section in its official web portal titled JPO Key Features which mentions the benefits of filing applications with the JPO and what it can contribute to global business development. The initiative has been undertaken as a result of the increasing number of international applications being filed at the JPO. The section in the portal gives an overall idea about the JPO including its strengths, tech trends and the registration system.

A case was registered for copyright infringement against Google and YouTube for allegedly uploading the film without the consent of the film’s producer or director. The complainants claim that the film was uploaded on the platform without any contract and that they have been following up with the officials of the platform to remove the same which was of no use. It is also claimed that the producers of the film have incurred huge loss in Crores as the movie was watched by lakhs of people online which amounted to copyright infringement.

Meta/ Facebook has applied for trademark registration in Brazil for the purpose of designing, developing and providing hardware and software for a variety of crypto-related services. The mark is also to be used for activities involving crypto trading, wallets, and exchanges. The company also recently announced that it would allow the creation and showcasing of NFTs on Instagram and launch an NFT marketplace on Facebook/ Meta itself.

Opulus, the music NFT startup launched by Ditto Music has been sued by rapper Lil, accusing the company of trademark infringement for using his name and brand as part of launch communications and claims that the usage was unauthorized as he had not agreed to get involved in the venture. It is claimed that his management met with officials of Opulus last year, and that he had attended another virtual meeting but both the meetings were general introductory meetings and no agreement or deal terms for the artist’s involvement was reached and that after the virtual meeting there were no further communications between the parties. Presently, the rapper wants the NFT Company to restrain from infringing his trademarks and copyrighted works and restrain the defendants from the usage of the same.

The plaintiff alleges that the defendants offer identical products and have recently altered their trade appearance and trademarks which has close resemblance to that of the plaintiff’s marks. The plaintiff claims to be developing and selling various health and nutritional supplements and providing holistic wellness and disease management programs. The Defendant is also engaged in manufacture, distribution and sale of various health and nutritional supplements and medications. The defendant was formerly known as Live Betr which was later converted as Betr Remedies and it is alleged by the Plaintiff that after this the defendants began offering identical and nearly identical goods to those offered by Plaintiff and had adopted a deceptively similar trade dress and various trademarks. Presently, the plaintiff is seeking statutory damages and actual damages of $5,000,000, disgorgement of Defendants’ profits, for the defendants to transfer the domain in which they use the term BETR, litigation fees, and a permanent injunction preventing the defendants from further infringing on BETR or BETR marks, and other relief.

The legal battle between these two parties for the mark REPUBLIC has been ongoing since last year. Presently, UMG has requested a preliminary injunction restraining the use of the mark by the defendants. Universal Music owns its own label Republic and has initiated the proceedings against Republic investments, which moved into the music space last year via a partnership with music financing and NFTs platform. As the Universal Music group also declared that it was going to expand its functions to NFTs, it claims that defendant’s Republic marks used in connection with its new music-related services has already created numerous instances of actual confusion and that even sophisticated professionals and trade industry publications have mixed up the Republic investment site and the Republic label which is detrimental to the group’s functioning.

According to the Economic Survey 2021-22, filing of Patents in India rose 30% in the last five years and the number of patents granted during the same period has almost tripled. The survey pointed out that the increase in patent filing boosted India’s ranking in the Global Innovation Index from 81 in 2015-16 to 46 in 2021 and it also coincides with the recent startup boom in India. The survey also pointed out that the number of patents granted in India remains a fraction of China, the US, Japan, and South Korea though the patents filed in India have grown considerably according to WIPO.

In an October ruling the court Samsung Electronics was prohibited from importing and selling 61 models of smart phones in Russia following the suit initiated by SQWIN claiming that Samsung Pay infringes on its electronic payment system patent registered in Russia. Presently, the Russian court has overturned the previous judgment stating that SQWIN SA had failed to show that Samsung had acted in bad faith.

Harold Thomas the creator of the Aboriginal Flag was paid $20 million and settlement was made to extinguish licenses held by a small number of companies which have stirred controversy since 2018. These companies had demanded payment for the reproduction of the flag in any events including the ones conducted by health organizations and sporting clubs, which could in a way lead to communities stopping usage of the flag in order to avoid legal action. Currently, this settlement allows the flag to be used on sports shirts, sporting grounds, websites and in artworks without permission or payment of a fee.

Sony Music had sued Gymshark last year, claiming that the company had sound-tracked its ads with songs belonging to them by some of the label’s most popular artists without its permission. The suit also stated that Gymshark promotes its products largely through platforms like TikTok and Instagram, and said its alleged infringement in those commercials was blatant and willful. Presently, the parties have settled the dispute and Sony Music has agreed to drop the lawsuit against Gymshark over the alleged misuse of its songs.

Apple- Man, the title of an upcoming film which is being opposed by Apple Corporation, according to the director’s recent statements via YouTube. He also states that the company has initiated trial proceedings against the use of the word Apple in the title of the film. The director also states that his film has nothing to do with Apple corporation and that he has never mentioned anything about MacBooks, iPhones, iPads or any such gadgets in the film and that all the movie speaks about is apples, “the fruits.” He also states that Apple appears to be concerned that consumers will think “Apple-Man” is associated with or approved by Apple and also stated that he is open to negotiations and hopes that he can reach an agreement with the company.

NVIDIA named its GPU after Grace Hopper, a computer scientist who developed the COBOL programming language and the US-based satellite company Dish Network claimed that NVIDIA Hopper could be infringing on their Hopper, Hopper Go/Duo/Plus, and other trademarks. The legal battle for the same began in 2021and the two companies have been negotiating a settlement since May 2021 with periodic suspensions for settlement. The last activity on the case came on December 23, 2021, with a fifth motion to suspend for a 60-day period as the two sides continue negotiations. The legal activities are slated to resume this month if the two parties don’t agree to a settlement or file for another motion to suspend proceedings.