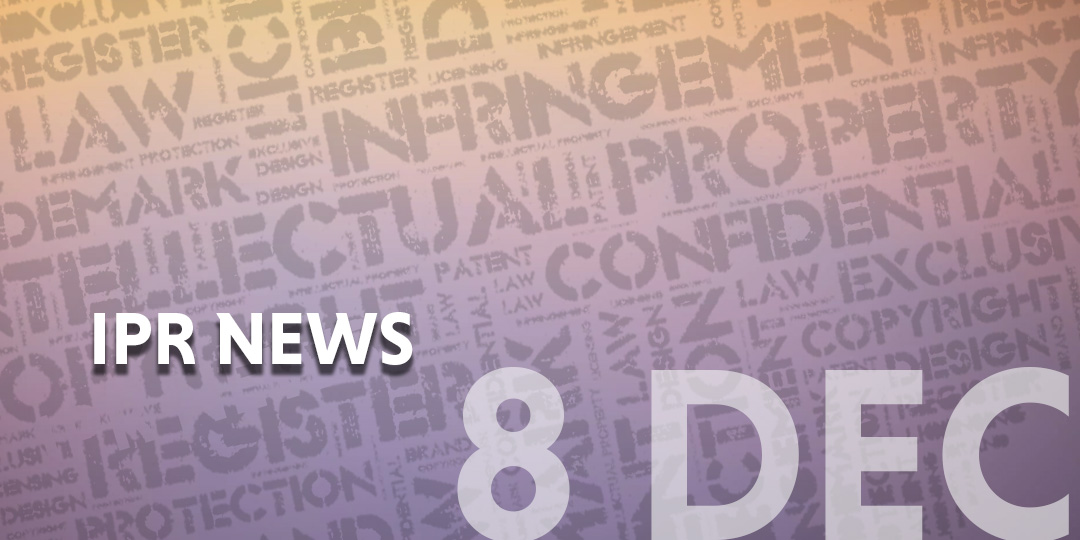 A suit was filed before the Delhi HC against the EdTech company Scaler for using the brand name ‘upGrad’ through Google Ads to appear on top of the page on the Google Search Engine. The company has sought damages of more than 3 Crores. Presently, the Delhi HC has granted an ad-interim injunction in favour of upGrad and has directed Scaler to not to use upGrad’s registered marks and or its variants in relation to Google Ads Programs or any other keyword program.

The marks in dispute are MONEY MART used in relation to the business of providing finance and loan and MONEY MART PAWN used by a pawn shop since 1990. Money Mart, in the year 2012 expanded its business and ventured into pawn shops and filed for registration for usage of the same mark in 2013. The registered users of Money Mart Pawn had filed a petition for cancellation of the mark based upon the likelihood of confusion between the two marks and the fact that both the marks would cause deception among the public was also not denied by the Court. The issue was in relation to deciding who the prior user was and the TTAB ruled in favour of Dollar, the registered user of the mark Money Mart. The TTAB held that an expansive reading of financial services meant that Dollar’s prior use and registration served as direct priority for the new pawn-shop registrations. On appeal, the Federal Circuit rejected the TTAB’s decision, also commented that the TTAB went too far in creating new law.  It also stated that in particular, the court found that the registration of a mark generally covering a broad category of uses did not necessarily establish priority over a specific use covered by the broad category. The FC also reversed the Board’s priority determination and has remanded the case for further proceedings consistent with its opinion.

Uber Inc. had initiated a trademark infringement suit against Uber Technologies and its advertisement partner for using their trade name and claims that the defendants plan to display advertisements on its drivers’ cars was likely to create consumer confusion. Following which Uber Technologies initiated actions to dismiss the complaint which was rejected by the District Court. Presently, the case has concluded in a settlement where Uber Inc has agreed to dismiss its trademark infringement claims against Uber Technologies and its advertising partner with prejudice, meaning they can’t be refiled.

The battle between Adidas and the fashion brand has been going on for more than three years with regard to the stripes design. Preliminarily, Adidas filed a suit against Thom Browne alleging infringement of its three stripe trademark and claimed that usage of a four stripe mark would cause deception among the public especially in relation to athletic apparels. While the legal battle is still in its row, Thom Browne is now suing Adidas internationally at the London Court. Its claims also include that more than 20 marks belonging to Adidas should be invalidated due to a lack of distinctiveness and non-use for at least five years.

A Japanese recording equipment maker Zoom Corp. has filed a suit for infringement of its mark ZOOM against the U.S. video conferencing giant for using the same trade name at the Tokyo District Court. It is claimed that the Japanese company is the prior user of the name since 1983 and that the company is not ready for a settlement since they are keen in protecting their trade name. As of now the company is not seeking for any damages and is only interested in legally protecting its mark.

ITC had filed a suit against Nestle for use of the expression Maggi Xtra Delicious Magical Masala and claimed that it was deceptively similar to its expression Magic Masala. ITC had introduced the expression back in 2010 whereas Nestle used the modified version of the expression in 2013 and ITC also claims that the expression is an important part of its composite trademark and usage of the same by Nestle amounts to infringement. The Madras High Court rejected ITC’s contentions and stated that no one can have exclusive rights or monopoly upon the particular expression and the suit was dismissed. Presently, the Supreme Court has also dismissed ITC’s petition challenging the order of the Madras HC.

LG had filed three patent infringement suits against the smartphone maker and stated that the company was ready to protect its Intellectual Property at any cost as many employees have invested countless hours and considerable efforts to develop the technology that improve customers’ lives. Presently, LG has dropped its lawsuits against Wiko and amends with the company and has agreed to license all of its LTE standard essential patents to Wiko’s parent company.

Sun Pharma’s subsidiary to get Rs 169 Crore in Patent settlement with Biofrontera:

The Subsidiary of Sun Pharma-Dusa Pharmaceuticals had filed patent infringement suits against Biofrontera alleging infringement of two of Dusa’s patents covering topical solution products used for photodynamic therapy. The company also claimed that Biofrontera had misappropriated its trade secrets and obtained secret information about the company from its employees. Currently, both the companies have come to a settlement and accordingly, Accordingly, Dusa would receive Rs. 169 Crores as compensation.

Macmillan Learning, Cengage Learning, Elsevier, McGraw Hill and Pearson Education have sued Shopify for making available learning materials such e-books and test papers which are pirated. They also claim that Shopify allows many websites to illegally print and sell textbooks, test banks and other materials that are identical or are indistinguishable from the publishers’ original products. Further it is claimed that even after complaints the platform has failed to remove the infringed content that violates the publishers’/ creators’ rights. The publishers presently seek statutory damages and compensation up to $150,000 per infringed copyright and $2 million for each counterfeited trademark.

The Complainant is involved in the business of professional photography services to grocery stores, restaurant chains, food service companies and other members of the food industry and claims that all the licensed works are available in their official website. It is alleged that Heritage, the chain of supermarkets, have infringed the rights of PFC by copying their photographs and making it available on their social media pages without any kind of communication. The complaint also states that certain photographs were used by Heritage to advertise their weekend offers. The plaintiff is presently seeking an award of declaratory judgment, injunctive relief, actual damages, disgorgement of profits, up to $150,000 in statutory damages for willful infringement on each infringement and attorney’s fees and interest for copyright infringement.

A suit for permanent injunction for restraining infringement of the Plaintiff’s Trademarks “AAM CHASKA”, “ANAR CHASKA” and other CHASKA Formative marks was initiated. It is claimed by the Plaintiff that the Defendant has adopted a deceptively similar trademark “AAM JHATKA” and identical trademarks “AAM CHASKA”, ANAR CHASKA” and “IMLI CHASKA” with the intention to cause confusion among the public. It was prayed by the Plaintiff that the defendant has to be restrained from infringing the registered trademark of the plaintiff and passing off the goods as the goods of plaintiff and has also claimed damages of Rs. 20 Lakhs. The Court stated that it was convinced that plaintiff is the owner of the CHASKA trademarks and the infringement is extensive due to which the plaintiff is entitled to the damages. It also held that a decree of permanent injunction was passed restraining the defendant and its representatives from infringing the trademark “AAM CHASKA”, “CHASKA”, “ANAR CHASKA”, “IMLI CHASKA” or any other similar trademark in manufacturing, selling or passing off its confectionery items as that of plaintiff and the Defendant is also restrained from using sticker, labels, cartons etc. bearing similar trademarks.

The China National Intellectual Property Administration released the English-language Guidelines for the Legal Protection and Enforcement of Chinese Trademarks.  The Guidelines introduce and explain China’s trademark protection system in detail, covering the entire process of registration application, review, opposition, infringement and relief, etc. these Guidelines were released on the occasion of the 25th anniversary of the establishment of the cooperation between the UK IP Office and CNIPA. The authorities also state that this act would deepen the understanding of the Chinese and British intellectual property systems by applicants and members of both the countries and provide better services to innovators in the two countries. The UK IPO also issued corresponding guidelines on UK intellectual property in Chinese and English.

The dispute is in relation to a photograph used in the most iconic film Pulp Fiction. The plaintiff (Photographer) claimed he owned the photograph outright and that Miramax received only a limited license to use the image in the movie’s initial release, whereas Miramax claimed it owned the image as a work for hire by the plaintiff. There was huge buzz about the decision of this case as the decision is expected to impact practices in relation to copyright ownership of photographs taken by hired photographers in the film industry. The U.S. District Court ruled that the plaintiff’s claim of copyright ownership is barred by the statute of limitations and that Miramax is free to exploit the image and assert its ownership.

Youku, the Chinese video streaming company had released ‘Skate into Love’ in March 2020 and various televisions broadcasted the series simultaneously during its launch. The exclusive rights to spread content of the series online in China rests with Youku. Before the launch of the series, the company had approached Kuaishou a social media platform and an application notifying them to take relevant steps to prevent any kind of infringement in relation to the series. Even after such notification, the platform displayed infringed contents following the launch of the series which included short cut videos to full length ones. The Beijing Court held that Kuaishou was obliged to work on preventing users from uploading infringing videos, but Kuaishou did not take any measures to stop infringement even after receiving the notification letter therefore, it was held that the short video app should bear legal responsibility of the losses.