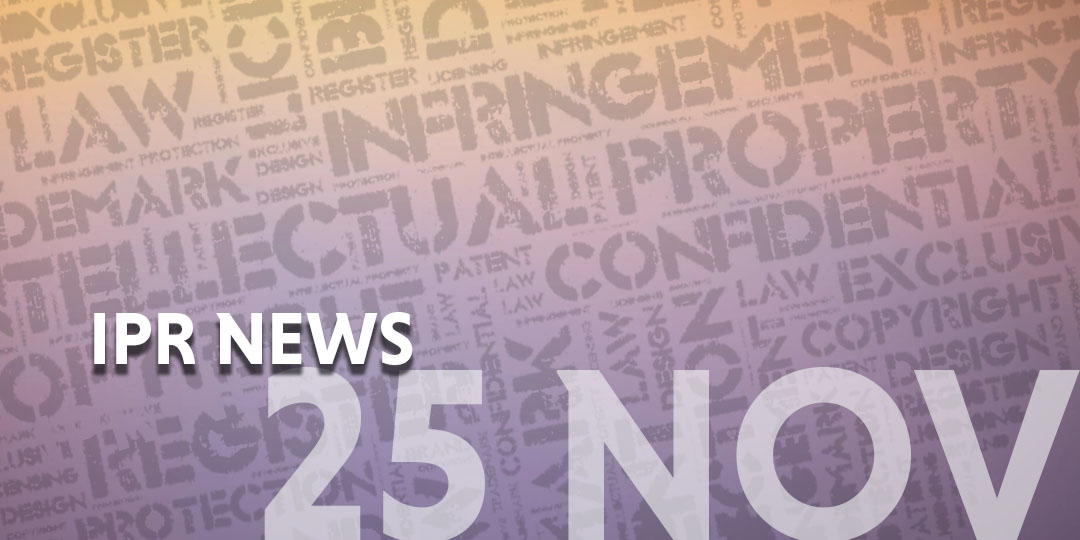 The number of takedowns of content due to Copyright strike has been increasing and it was also announced that YouTube is testing out new features which aim to provide more capacity to manage channel engagement, and more options to help creators’ secure branded content deals, and monetize their efforts. The platform has now expanded access to a new content takedown process enabling creators to automatically take down duplicate uploads of any content that they’ve previously removed. The Copyright match tool has also been introduced which when creators or users submit a takedown request, scans YouTube for duplicate content and will alert the potential matches across the platform.

BharatPe had filed six petitions in the Delhi HC seeking removal of PhonePe’s registered trademarks which were dismissed. The issue between these two companies and the mark ‘Pe’ has been existing since 2018. PhonePe claims that the term ‘Pe’ is a distinctive part of their name and the usage of the same by BharatPe amounts to infringement of their mark. PhonePe stated that the company will move forward with the other matters in relation to the mark ‘Pe’ filed against ‘Bharat Pe’ and ‘Post Pe’.

The plaintiff Britannia Industries had registered marks in respect to the terms “GOOD DAY” under class 30 and the same has been continuously and uninterruptedly used since 1986 for goods such as biscuits and cookies. The defendant uses the mark “GOOD DAY” in respect of tooth paste and also operates a website with the domain name “gooddayoralcare.com” and have filed application for registration on proposed to be used basis. The court upon hearing the submissions stated that the Plaintiff has established a prima facie case and the balance of convenience also lies in favour of the Plaintiff and an ad interim injunction was passed against the Defendant from selling, manufacturing and advertising goods, including but not limited to toothpastes bearing the impugned mark “GOOD DAY”.

The Plaintiff Bacardi is a well-known manufacturer of alcoholic beverages and manufactures and sells rum-based beverages, mixed with various fruit essences, under the name “BREEZER”. Bahety Overseas is a manufacturer of non-alcoholic beverages. Previously, it had applied for registration of the mark “FREEZ” which was rejected and later registration was obtained for the mark “FREEZMIX.” A cease-and-desist notice was also sent by Bacardi for the usage of the mark “FREEZ” which was similar to its mark “BREEZER”. Thereafter, Bacardi filed an infringement suit against Bahety for using this trademark “FREEZMIX”. It was observed by the court that although the two marks are not similar visually, they are phonetically similar and that even though Bahety’s trademark is FREEZMIX, the suffix “mix” is in such small characters that it’s barely noticeable at first glance.

A suit for permanent injunction was initiated by Glaxo Group restraining trademark and copyright in respect of the trademarks BETNESOL and BETA-SOL. The plaintiff obtained registration of the mark BETNESOL under class 5 in relation to pharmaceutical, veterinary and sanitary substances. The defendants have been using the mark BETA-SOL in relation to the same line of business. The court observed that the rival tablets are sold through identical trade channels to the same consumers, hence there would exist a likelihood of confusion on the part of the public, which includes a likelihood of association of the Defendant with the Plaintiff and the chances of confusion with the customer are enhanced as both the tablets contained the same active ingredient. Therefore, until the next date of hearing, the defendants are restrained from manufacturing, advertising and sale of their product.

The Court was hearing an appeal challenging the refusal of trial court judgment to grant an injunction for copyright infringement against the producer of the film ‘Valee’ and another individual who had brought the remake rights of the film by the director of the film S.J. Suryah. He claimed that credit for the film’s story, screenplay and dialogue was given to him and that the trial court did not grant the injunction merely because he could not produce the written agreement regarding his appointment as the Director. The respondents argued that the film has already been remade in two other languages wherein the director did not raise an objection. The court observed that the appellant had failed to produce anything that prima facie denotes his rights over the screenplay and dialogue and held that held that merely because the producer gave credit to the author for screenplay or dialogue, it would not amount to an acknowledgment of the author’s right in the copyright.

The marks in dispute are “Chakra” registered by the Plaintiff in relation to edible oils and the marks “Chakra Kolhu”, “Chakrika” and “Chakresh” adopted by the defendant in relation to Oils in the same class of goods. The defendant argued that the term was commonly used in the oil industry and that it had no intention to infringe the trademark of the plaintiff. The court observed that the Defendant uses mark with the same term in yellow lettering with black background which is similar to that of the Plaintiff’s mark and granted an interim injunction in favour of the Plaintiff.

Hero MotoCorp has filed a number of trademarks pertaining to the name ‘Vida’ and ‘Vida Electric’, which is likely to be the sub-brand under which it will sell its electric vehicles. The issue between Hero MotoCorp and Hero Electric is that Hero MotoCorp cannot sell any EVs with the Hero name so, the company has decided to manufacture and sell Electric vehicles in the name ‘Vida’. Other marks applied for registration include Vida MotoCorp, Vida EV, Vida Electric, Vida Scooters and even Vida Motorcycles.

A suit has been filed by GSK claiming that Glenmark has infringed the Indian patent obtained by GSK for Vilanterol in 2007. Glenmark uses the same ingredients of the drug in its Vilor F and both the drugs are used to treat and prevent pulmonary diseases. Presently, GSK has approached the court seeking the grant of appropriate damages for the infringement of its patent.

A patent dispute over the generic of cancer drug, Nexavar which was initiated by Bayer against Dr. Reddy’s was dropped by Bayer. A proposed generic version of the drug which is used to treat liver, kidney and thyroid cancer by the Reddy’s was accused of infringing patents obtained by Bayer. Presently the suit has been withdrawn and the settlement has taken place on confidential terms.

USPTO streamlines removal process in relation to unused trademarks, implementing the provisions of the Trademark Modernization Act of 2020

The United States Patent and Trademark Office (USPTO) has amended the rules of practice in Trademark cases to implement the provisions of the Trademark Modernization Act of 2020 (TMA). According to the Act, there is a new rule established which introduces a new ground for cancellation of trademarks before the Trademark Trial and Appeal Board. This rule establishes the provision of cancellation of Trademarks when the use of the trademark as mentioned in the application of the registered mark has not been made. In other words, unused trademarks and trademarks that do not function for the purpose as mentioned during the time of registration are at risk. Majority of the provisions of the act comes into effect from December 18, 2021 and certain provisions which relate to flexible time periods to respond to office actions will take effect only after December 1, 2022.

MPP promises that Covid Generic drugs shall be accessible to people in poor nations through voluntary licensing. The MPP enables a system where pharmaceutical companies allow group licensing of its new drugs, which contributes to high-quality copies of the branded versions of medicines. Also, pharmaceutical companies have entered into deals which would promote low-cost generic COVID-19 pills including Pfizer and Merck.

While hearing a petition where the petitioner was aggrieved that the Copyright Board was not functioning for the last five years, the Sindh High Court ordered the Joint secretary, Ministry of Commerce, and the Secretary, Ministry of Law, to ensure that the Copyright Board was made functional in three weeks. Previously, the court had ordered that the respective authorities had to be present before the court and give their explanations as to why the board was not functional for such a long period of time but did not receive a convincing explanation which the court observed as an instance of bad governance.

Based on the screenplay of his original work ‘Pulp Fiction’, Quentin Tarantino released his Non- Fungible Token (a form of Crypto) for which the distributers of the film have filed a lawsuit for copyright infringement as the event was not discussed with them. The rights of the film are still owned by the distributors and the director not consulting before introducing the NFT is the spark behind the lawsuit. Quentin Tarantino and his team are yet to respond to this lawsuit.

A copyright dispute between Google and a French news agency has concluded as both the parties reached an agreement on the remuneration of ancillary copyrights under the French law. The dispute began after the EU copyright amendment (2019), which aims to protect the interests of the authors of online content and ensure that they receive better remuneration by adopting the outdated copyright law in the European Union, which was objected by Google. Presently, the remuneration has been agreed on the basis of daily volume of publications and the number of monthly Internet users of the publications. Similarly, the tech giant has signed agreements with German news agencies following the introduction of the amended legislation in the country, based on the EU amendment that gives more rights to news publishers online.

Sparks Group is an international piracy group that illegally records and distributes movies and television shows on the Internet. The group was known for distributing movies before their release, especially those produced by huge production houses. The members of the group also used computers with specialized software to compromise the copyright protections and were involved in processes including “cracking” and would reproduce the content in a format that could be easily copied and shared through the Internet. It is estimated that the Group has caused losses of about ten millions dollars to film production houses. On investigation, George Bridi was suspected to be a part of the group which has now been accepted by the accused itself and is ordered a maximum sentence of five years in prison.

What is IP Portfolio and why should it be managed? IP Portfolio is the collection of the various Intellectual Properties acquired by one particular business or entity. When a particular entity or a business has various forms of Intellectual Properties, it is important to manage them to derive the maximum out of it and to protect the same. Another most important benefit of IP Portfolio management is that, once portfolios are regularly managed, a better idea on the Return on Investments is obtained. Also, it contributes in increasing an entity’s market value and creates opportunities in expanding business. It also creates a line of protection as your IP portfolio may restrict competitors from entering into your valuable commercial space. Managing one’s IP adds value to the particular entity or company and gives it the much required protections in today’s competitive market.