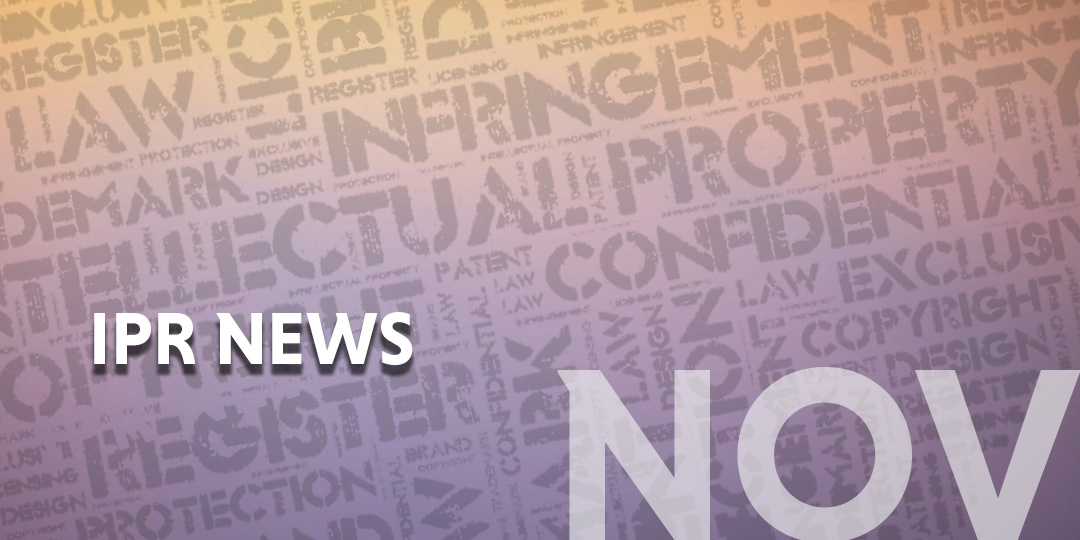 MARIA CAREY FAILS TO GET THE TRADEMARK “QUEEN OF CHRISTMAS”

According to the BBC, on November 15, the U.S. Patent and Trademark Office rejected Maria Carey application, which was made through her business Lotion LLC. According to NME, the March 2021 file was made in order to obtain exclusive rights of many Christmas words. She wanted to secure the rights to “Queen of Christmas,” “Princess of Christmas,” and “Christmas Princess,” with the potential to use them on fragrances, tree decorations, audio and visual records, and other products. Carey ran into issues, though, when other queens of Christmas voiced their opinions and the general public was given the chance to voice their opposition to the application. Christmas singer-songwriter Elizabeth Chan, through her attorney, officially objected to the claim in August, according to Variety. She didn’t believe anyone should own the use of the title as she was a “Queen of Christmas” herself (due to The New Yorker referring to her as such in 2018 and her dozen albums). She reportedly said to the outlet at the time, “Christmas is for everyone.” It shouldn’t be owned; sharing is the point.

On November 15, the Bombay High Court issued a temporary injunction preventing Saregama India Limited from violating Shemaroo Entertainment Limited’s copyright in the Disco Dancer movie starring Mithun Chakraborty. Even while the temporary injunction covers the stage production of “Disco Dancer – The Musical” by Saregama, the court made it clear that the ad interim remedy given. The court ordered Saregama and others to submit their affidavits in response, granted Shemaroo ad-interim relief, and set the matter for hearing on January 9, 2023. It was made clear that the scheduled staging of the musical at a theatre in London beginning on November 16 will not be impacted by the need that the whole proceeds from the London production be placed in court within two weeks of the performances’ staging.

On November 18, the Madras High Court barred more than 12,000 websites from promoting the FIFA World Cup 2022 and awarded an interim injunction to Viacom18. In the legal processes, Viacom18, the plaintiff, claimed that they were the only ones with the rights to broadcast the FIFA World Cup 2022 in the nations of Bangladesh, Bhutan, India, the Maldives, Nepal, Pakistan, and Sri Lanka. They had acquired all required broadcasting rights, including those for non-exclusive radio, broadband transmission, mobile transmission, and television. Additionally, they included a letter from FIFA that confirmed their legal standing. The court also granted the respondent ISPs the freedom to block the illegal websites. The order will be in effect for four weeks until the next hearing.

In its decision in Pocket Plus, LLC v. Pike Brands, LLC, the U.S. Court of Appeals for the Eighth Circuit on November 15 upheld the district court’s summary judgment finding that Pocket Plus’ alleged trade dress was functional and, therefore, unprotectable because it was necessary to the pouch’s ability to hold beverages or cell phones. The district court had the option to reduce the award in part as a result of Pike Brands’ use of Rule 11 sanctions to harass Pocket Plus, but the Eighth Circuit upheld the partial attorneys’ fees award to Pike Brands, finding that the award was justified due to Pocket Plus’ unreasonable position in the litigation.

On Monday, November 14, the Federal Circuit released a precedent-setting decision in American, in which the appellate court rejected several arguments made on appeal by American National regarding claim amendments accepted by the PTAB and instead upheld mixed claim findings from two IPRs at the PTAB. The Federal Circuit concluded that the PTAB’s decision to accept claim amendments, including wording changes unrelated to the petition’s criticisms, was correct. It also concluded that there was no enablement issue resulting from a glaring typographical error in the specification and that the addition of a new claim term did not raise an inventorship question because the patents-in-suit incorporate by reference the patents from which Sleep Number’s amended claim terms were derived.

The Single Judge Bench of Prathiba M. Singh, J. held that the defendant’s adoption of the mark was dishonest and intended to deceive customers, and as a result, awarded Rs. 2 lakhs in damages in Starbucks’ favour in a lawsuit for a permanent injunction restraining the defendants from infringing and/or passing off the registered trade mark of Starbucks. The plaintiff was clearly a registered owner of the trademark “Frappuccino,” according to the plaint and supporting documentation, the court noted. The Court further stated that the defendants had adopted a mark that was identical to the plaintiff’s registered mark, “Frappuccino,” using the prefix “Brownie Chip” in an effort to deceive consumers and capitalise on the mark’s goodwill. The Court determined that the defendants’ adoption of the mark “Frappuccino” was dishonest and done with the intent to mislead customers. Additionally, it constituted a violation of the plaintiff’s trademark and would lead to the defendants passing off their goods as those of the plaintiffs.

In a case involving a trademark and copyright infringement suit, an application was filed under Order 39 Rules 1 and 2 read with Section 51 of the Civil Procedure Code, 1908 (Code). Jyoti Singh, J.’s single judge bench issued an order granting ex-parte ad-interim injunction to American Eagle and prohibiting Ektarfa Garments from selling any counterfeit goods. In light of this, the court decided that “defendants, their partners, managers, employees, agents, dealers, licensees, companies, retailers, wholesalers, distributors, or any persons/entities that were under the control of the Defendants or were related or affiliated to the Defendants, as the case may be, and all others, acting for and on behalf of the Defendants, were restrained from manufacturing, marketing, offering for sale, and selling, whether directly or indirectly. Any products bearing the plaintiff’s trademarks “American Eagle Outfitters” and “American Eagle,” as well as marks that incorporate the plaintiff’s marks or any other mark that was identical to or deceptively similar to the plaintiff’s marks in any way whatsoever, amount to trademark infringement, copyright infringement, and passing off the plaintiff’s trademarks, whether on the Internet or elsewhere.

JP Morgan has registered a digital wallet brand. According to a filing with the United States Patent and Trademark Office, the bank applied for a trademark for “JP Morgan Wallet” in July 2020, and the application was accepted on November 15. The trademark’s language makes it clear that it can be used for online services such processing cryptocurrency payments, electronic transfers of virtual currency between members of an online community, and virtual currency exchange. The trademark is not just used for cryptographic services. It can also be used for other financial services like bill payment, e-check processing, automated clearing house (ACH) payments, and virtual checking accounts. Currently, it appears that JP Morgan is using the name for a service that offers corporate subledgers.

In a decision published on November 18, the Supreme Court of Canada determined that a lower court’s calculation of damages for Dow based on Nova’s profits from patent infringement, including “springboard” profits that Nova received after Dow’s patent expired and were earned as a result of Nova’s prior infringement allowing it to more quickly gain market share once Dow’s patent to ethyl was terminated, did not contain any errors. Justice Malcolm Rowe stated in his opinion piece for the majority of the justices that the lower courts correctly estimated Nova’s accounting of earnings. Dow has a right to the springboard earnings, he added.

The Federal Circuit ruled in VLSI Technology LLC v. Intel Corp. on, November 15, that the PTAB was not compelled to give the District of Delaware’s interpretation of a claim limitation precedence when formulating the Board’s own interpretation of the identical claim term. In light of the arguments made before the PTAB, the Federal Circuit determined that the Board’s refusal to adopt the district court’s claim construction was at most harmless error because it did not address the real disagreement between the parties. The Federal Circuit, however, overturned the PTAB’s interpretation of the language of a different patent claim and remanded the matter for the PTAB to revisit its finding of patentability.

In a ruling released on Monday, November 14, the U.S. Court of Appeals for the Ninth Circuit upheld the district court’s decision to grant summary judgement to AJ Press, the owners of the political news website Punchbowl News, on the grounds that the use of the name “Punchbowl” was protected expression. The Ninth Circuit determined that AJ Press’s use of “Punchbowl” in its commercial branding was sufficiently expressive to justify protection under the Rogers test and wasn’t intentionally deceptive to consumers.

In Delhi High Court on November 17, the Single Judge Bench of C. Hari Shankar, J. found that the FRAND Agreement between Nokia and Oppo was on a counter-licensing basis and did not reflect any acknowledgment by Oppo of any liability towards Nokia in a case where an application was made by Nokia under Order 39 Rule 10 of the CPC. Oppo cannot be ordered to pay Nokia royalties as a result. The FRAND Agreement was on a counter-licensing basis and did not suggest any acknowledgment of culpability by Oppo towards Nokia, the Court reasoned. Without a matching obligation of Nokia towards Oppo, the Court could not order Oppo to make an interim payment under Order 39 Rule 10 of the CPC. The Court further stated that Oppo has reserved its right to contest the validity of the patents at issue in the lawsuit as well as Oppo’s obligation to compensate Nokia for any exploitation at all. The Court denied Nokia’s request made in accordance with CPC Order 39 Rule 10.