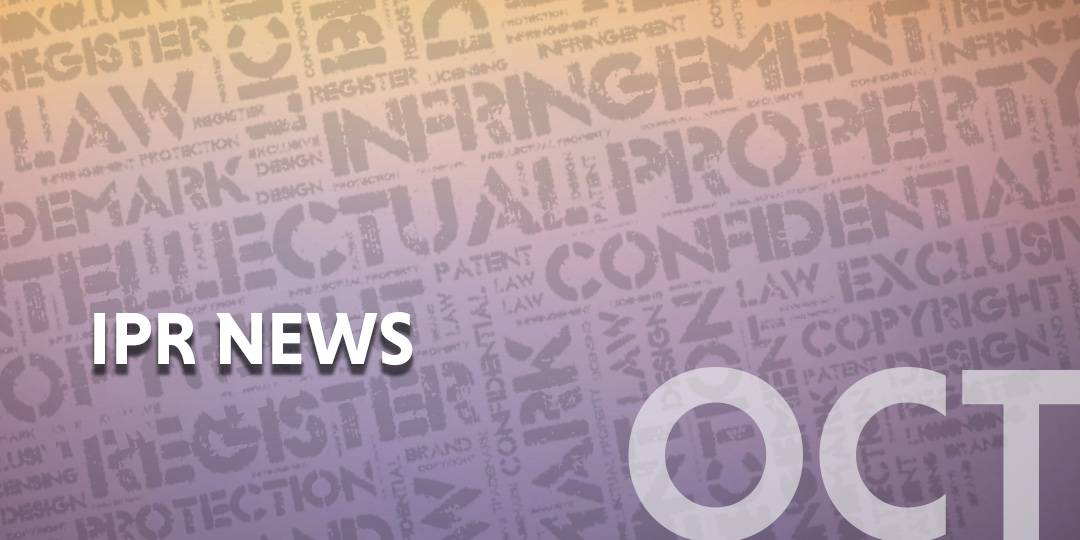 On October 17, the Supreme Court issued notice in response to a petition asking for instructions to protect the Court’s copyright over video recordings of court proceedings that are live-streamed on websites like YouTube. The application also aimed to stop live-stream material from being used for profit. In the application, it was requested that the live-streaming closely adhere to the ruling in Centre for Accountability and Systemic Change (CASC) v. Secretary General &Ors., (2018) 10 SCC 639. Justice Bela M. Trivedi and Chief Justice UU Lalit made up the panel that heard the case. Former RSS idealogue K N Govindacharya filed the suit, arguing that private platforms like YouTube could not be granted the copyright for Supreme Court hearings that are streamed live. The bench said in the order “Recently, full court of the Supreme Court took a decision to start live streaming of proceedings before a constitution bench which also decided that scope of live streaming can thereafter be expanded”.

A U.S. appeals court concluded on October 17 that two map-software patents held by International Business Machines Corp. are invalid and were cited by the tech giant in a claim of infringement against Zillow Inc. Zillow, an online real estate company, was sued by IBM in 2019 in federal court in Seattle for allegedly violating a number of IBM’s software patents. IBM’s remaining patent claims will go to trial early in the following year. The two patents in question in the appeal were declared invalid by the Seattle court last year. The two patents, according to U.S. District Judge Thomas Zilly, addressed abstract concepts for displaying data and updating maps based on user input. By a majority of 2-1, the Federal Circuit upheld the judgement. In his majority opinion, U.S. Circuit Judge Todd Hughes concurred that neither the patents nor any innovative conceptions contained therein covered patentable advancements to computers.

The Madras High Court on October 19 has temporarily barred “MobilePe” from providing any BHIM or UPI services in response to a trademark infringement lawsuit brought by Indian digital payments and financial technology company PhonePe. The court issued the temporary injunction after determining that PhonePe, a company in a related industry, had established a case of fraud. The court determined a prima facie case of fraud against MobilePe by placing itself in the position of an average man with “ordinary caution” and “imperfect memory,” as opposed to making side-by-side comparisons. The applicant/plaintiff claimed ownership of the mark as the registrant. The defendants had previously received from the plaintiff a Cease and Desist Notice, which was followed by a response, rejoinder, and sur-rejoinder. The plaintiff was misled to make the assumption that the defendant business would abandon its trademark application after the sur-rejoinder. But on August 29, the plaintiff learned that the defendant’s trademark application had been approved.

According to a decision made by the Bangalore Bench of the Income Tax Appellate Tribunal (ITAT) on October 19, the distribution fees paid by Google India to Google Ireland under a Distribution Agreement, under which Google India was appointed as a distributor of the AdWords programme to advertisers in India, are not in the nature of “Royalty” under the India-Ireland DTAA. The George George K. (Judicial Member) and Padmavathy S. (Accountant Member) Bench ruled that the sale of online advertisement space by a non-resident in India cannot be brought to taxation in India under the Income Tax Act, 1961 read with the applicable DTAA unless the non-resident has a Permanent Establishment (PE) in India and online advertisement is covered under the provisions of Equalisation Levy (EL), as inserted by the Finance Act, 2016, the ITAT held that if online advertisement was already covered under the definition of ‘royalty’, then it would not have been included under the scheme of Equalisation Levy

In a lawsuit for trademark infringement, the Delhi High Court has issued an interim injunction prohibiting “NIC Natural Ice Creams” from using the “NATURAL” or “NATURALS” ice cream trademark. On October 19, the court issued a “ex parte ad interim injunction” in the plaintiffs’ favour, Siddhant Ice Creams LLP & others, finding that they had established a “prima facie case for grant of the injunction,” that the “balance of convenience also lies in their favour,” and that, absent the injunction, they would be “likely to suffer irreparable loss.” The HC further prohibited the defendants from using any other domain name, email address, or handle that contained the word “NATURAL” in it, such as “nicicecreams.com” or “nicnaturalicecreams.com.” Additionally, the HC prohibited the defendants from using the plaintiffs’ trademarks “NATURAL” or “NATURALS” as “metatags” or as keywords in Google’s AdWords programme to promote their goods.

In the Northern District of Illinois, Bill Nye Productions, Inc. filed a trademark infringement lawsuit and temporary restraining order on October 21 against a number of domain names connected to fully interactive websites that sell and import knockoff Bill Nye products. The plaintiff claims to have common law trademark rights in the name and mark of Bill Nye as well as federally registered trademarks for “The Science Guy.” It further claims that by spending a lot of money on trademark protection and promotion, the marks have become well-known throughout the world. According to the lawsuit, the defendants’ websites are allegedly visited by tens of millions of people annually and produce more than $135 billion in online sales. It further claims that the defendants have improperly optimised their online shops utilising social media spamming and search engine optimization to fool customers into thinking the plaintiff has approved their products. The complainant also claims that the defendants hid their identities and the extent of their counterfeiting business in order to avoid being held accountable.

The U.S. Patent and Trademark Office, states that Apple registered for the “Magic Keyboard Folio” trademark on October 19, 2022, during the press conference introducing the newly redesigned iPad last week, Apple unveiled its new Magic Keyboard Folio. Apple registered their trademark under International Class 009, which includes the following goods and services: “Computer peripherals, computer keyboards, computer track pads, and accessory for a handheld mobile digital electronic device that serves as a protective and decorative case and a stand and incorporates a keyboard and track pad, cases adapted for computers, and covers for tablet computers.

On October 19, in a letter to Katherine Tai, the U.S. Trade Representative, a bipartisan group of senators led by Tom Carper (D-Del.) and Pat Toomey (R-Pa.), asked the Biden administration to protect the intellectual property rights of American pharmaceutical companies in relation to COVID-19 vaccinations. The declaration comes as the World Trade Organization talks about possible exceptions for the COVID-19 vaccine under the Trade-Related Aspects of Intellectual Property Rights (TRIPS) Agreement. Civil society organisations have criticised vaccination inequalities and demanded the pooling of vaccine intellectual property. The senators’ statement, though, emphasises Washington’s support for American businesses. The group released a statement that read, “Strong protections for intellectual property are the backbone of American innovation, as proven by the record development of numerous vaccinations to combat COVID-19.”

In Microsoft’s legal struggle to invalidate a patent from Uniloc 2017, the CAFC on October 20, overturned the prior decision made by the Patent Trial and Appeal Board. Microsoft appealed the PTAB ruling, which found that it had failed to demonstrate that Uniloc’s U.S. patent No. 6,467,088’s claims are not patentable. Microsoft challenges the ruling by the Patent Trial and Appeal Board that Microsoft failed to demonstrate that the claims of US patent No. 6,467,088 are unpatentable by a preponderance of the evidence.

On Thursday, October 20, the biotech business NanoString Technologies, Inc. filed a lawsuit against 10x Genomics, Inc. for violating their tissue analysis patents. The litigation, in which 10x Genomics accuses NanoString of violating its patents, are addressed in the filing. The “Digital Spatial Profiler,” which “offers a spatial profiling approach for RNA and/or protein in a tissue sample of substantially higher plex and sensitivity,” is the subject of Nanostring’s charges. The complaint’s prayer also states that “An award of all monetary relief adequate to compensate for damages resulting from Defendant’s infringement, including lost profits but in no event less than a reasonable royalty”. The U.S. District Court for the District of Delaware received the complaint.

In a federal lawsuit filed on October 20 in Delaware, Apple Inc. claimed that Masimo Corp’s new W1 range of smartwatches violated various Apple Watch patents. According to the two complaints, Masimo violated Apple’s intellectual property rights by attempting to stop the sale and import of Apple Watches in prior legal actions against the tech giant in California and before a U.S. trade tribunal. In both cases, Apple alleged that Masimo “carefully researched Apple’s IP” and that a Masimo offshoot obtained sensitive information regarding the Apple Watch. The company claimed it met with Apple in 2013 to discuss incorporating its technology into Apple products, and that Apple subsequently hired away a number of its staff.