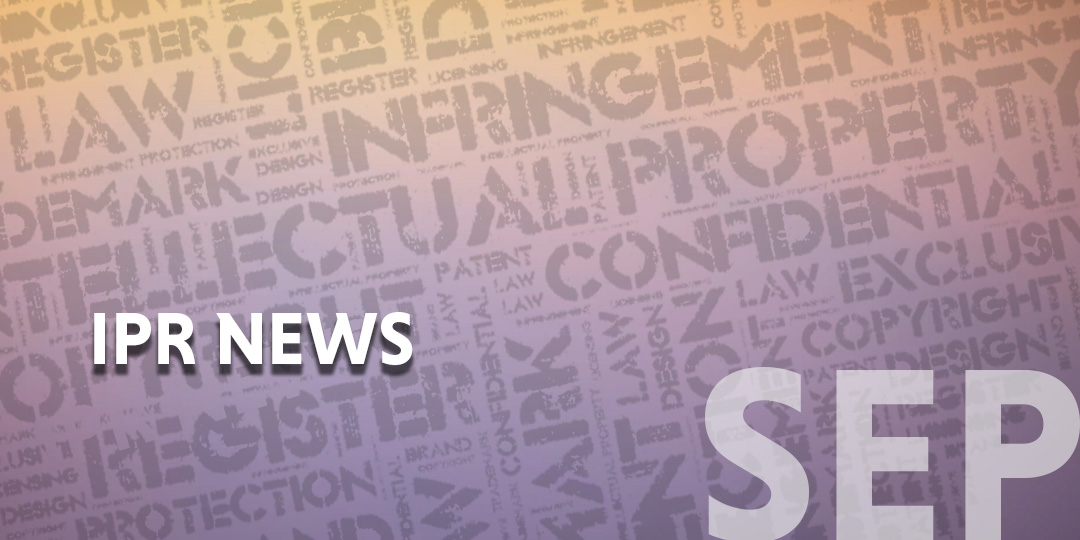 The petitioner IndiaMart filed a suit for permanent injunction against the fraudulent website https://india-mart.co/ who was fraudulently offering jobs under the plaintiff’s name. The IndiaMart is a registered trademark and also the registered domain www.indiamart.com way back. The High Court observed that “Plaintiff has made out a prima facie case for ex parte ad interim injunction. Balance of convenience lies in favour of the Plaintiff. If the activities of Defendant are not nipped in the bud, irreparable injury would be caused not only to the Plaintiff, but also to public at large that may be deceived by the fraudulent activities of Defendant” The next hearing is scheduled on September 27th.

The TATA Sons Private Limited approached the Delhi High Court seeking an interim injunction against the respondents in the matter of restraining them to use its registered trademark TATA for their business purposes. The respondents were the respondents are businesses registered in the United Kingdom and the United States, which are using their trademark for doing online trading in cryptocurrency through their website(s) ‘www.tatabonus.com’ and ‘www.hakunamatata.finance’. It is further alleged that the websites are accessible in India and are in fact accessed by visitors from Delhi on daily basis. The court held that TATA is well known name across India as people when hear TATA remember the TATA Sons Pvt Ltd, therefore directed the respondents to immediately take down the website. This case was decided on September 19, 2022.

The Italian luxury fashion brand Gucci had lost a trademark lawsuit to Japanese t-shirt firm who is said to be selling products in the name of CUGGL. The Japanese Patent Office Opposition board after hearing from both sides admitted that there may be a degree of popularity attached with the GUCCI but it did not find any resemblance between GUCCI and CUGGL in the view of visual, phonetic and conceptually. They are distinctive in nature when comparing both the brands. Assuming a low degree of similarity of the mark and less likelihood of confusion, the Board said it couldn’t find a reasonable ground to admit that Parodys had a malicious intention to free-ride the goodwill and reputation of Gucci and do harm to the luxury brand. Therefore, the JPO dismissed the entire allegations and decided the opposed mark was valid on September 19, 2022.

PUMA started an invalidation in 2019 based on early registered trademark rights in Class 25, despite the fact that the designated goods are completely different. However, due to the significant similarity of the trademarks and the dissimilar items, the CNIPA rejected the request. Puma filed an appeal against the ruling and offered more proof that the trademark in question is well-known and that cross-class protection should be granted. However, the Beijing IP Court again came to the conclusion that, despite PUMA being able to demonstrate its popularity as a trademark in the clothing and footwear industry, confusion is unlikely to occur because of the different goods and target consumer groups, so Spark’s disputed mark PUMAH shall be maintained. The High Court overturned the decision stating that registration and use of the disputed mark should be considered as “well-known trademark dilution” as it takes advantage of the prior right holder’s reputation and weakens its distinctive quality.

NOKIA AND OTHER COMPANIES GETS PATENT FEES FROM JAPANESE CAR MAKERS

To Finland’s Nokia and other leading telecom companies, Toyota, Honda, and Nissan will pay patent fees for wireless technology used to link automobiles to the internet. Nokia and dozens of other telecom companies have requested patent royalties from Japanese carmakers for connected-car technology. This is the first instance in which a Japanese automaker has consented to pay such licence fees, signalling a potential change in their approach to patents. The automakers will sign a contract with Avanci, a U.S. business that bargains patent payments for the LTE (4G) communication technology, along with Stellantis of Europe. In exchange for using 2G, 3G, and 4G cellular network technology, they will pay between $15 and $20 each vehicle.

The Crocs had filed lawsuits against 21 companies including Walmart for trademark infringement who manufactured the alike shoes as crocs without any significance changes. These suits, which were initially filed across several U.S. District Courts, are certainly not Crocs’ first legal battles. Recognized for its lightweight clogs, Crocs, which was named FN’s 2020 Brand of the Year, has actively sought to protect against alleged copycats. After its complaint filed on July, on September 20 it agreed to permanently end its patent infringement against those companies.

Thr Veritaseum Capital LLC filed a patent lawsuit on September 22 in Delware Fedral Court against Coinbase Global Inc related to the digital trading technology. The lawsuit states that there was an infringement by Coinbase who infringed a patent awarded to Veritaseum founder Reggie Middleton by the US Patent and Trademark Office and also they accused the defendants of including its blockchain infrastructure for validating transactions of infringing the patent seeking $350 million as damages.

San Fransico based company Voxer founder Tom Katis started developing the patents in 2006 and launched the Walkie Talkie app in 2011. When Meta Approached Voxer about a potential collaboration but it didn’t reach to an agreement stage. Facebook revoked Voxer’s access to key components of the Facebook platform and launched Facebook Live in 2015 followed by Instagram Live in 2016. After hearing both the sides, the court ordered to pay $175 million agreeing that Meta infringed the patents of Voxer on September 21.

Bulgaria who failed to address the European commission member states to notify measures taken to transpose EU directives into national law. The first issue involves the application of Directive (EU) 2019/1151, which includes rules for the use of digital instruments and procedures in corporate law. The second issue relates to Directive (EU) 2019/1023, which creates a series of guidelines designed to aid in the prevention of bankruptcy and facilitate insolvent entrepreneurs’ access to finance. Regarding its national business registration, Bulgaria has a history of failing to adopt EU regulations. The EU Court of Justice received a referral from the Commission to Bulgaria last year for “continually failing” to link its company registry to BRIS. The letters of formal notice is given to Bulgaria to respond in two months, or the Commission could escalate the case by sending a reasoned opinion, the second stage in the infringement proceedings.

Samsung Electronics is being investigated by the United States International Trade Commission (ITC) after Manufacturing Resources International (MRI) submitted a complaint alleging patent infringement by the South Korean corporation. The manufacturing company of outdoor and semi-outdoor digital signage solutions, MRI, claims that five patents were violated by Samsung Electronics and its SDS affiliate. According to MRI, the patents cover cooling systems made for electronic displays seen in outdoor kiosks. There is no guarantee that Samsung will have legal issues just because the US International Trade Commission opened an investigation. The ITC should nonetheless “issue a limited exclusion order and cease and desist orders” against Samsung, according to MRI. The business is silent on the subject.

On September 23, the ALD sued Apple for patent infringement. The Delaware business alleges that two of their acquired patents are violated by Apple’s “Exposure Notification” system, which was developed by Apple and Google as a framework to help Governments and Public Health Authorities curb the spread of COVID-19 through contact tracing. The Delaware corporation bought these patents with the sole intent of suing tech companies like Apple.

The Constitutional Court of South Africa ruled that the Copyright Act is unconstitutional as it limits the access of visually impaired people to publish literary works and artistic works. This act doesn’t exempt the visually impaired people from translating the copyrighted work into braille or other accessible formats. The Constitutional Court decided that some exclusions would be applicable to individuals impacted while giving Parliament 24 months to “cure the defect” in the Act. The affected parties included government agencies, non-profit organisations that offer training and education, and careers. They must have unrestricted access to written works in an accessible format, the court said.