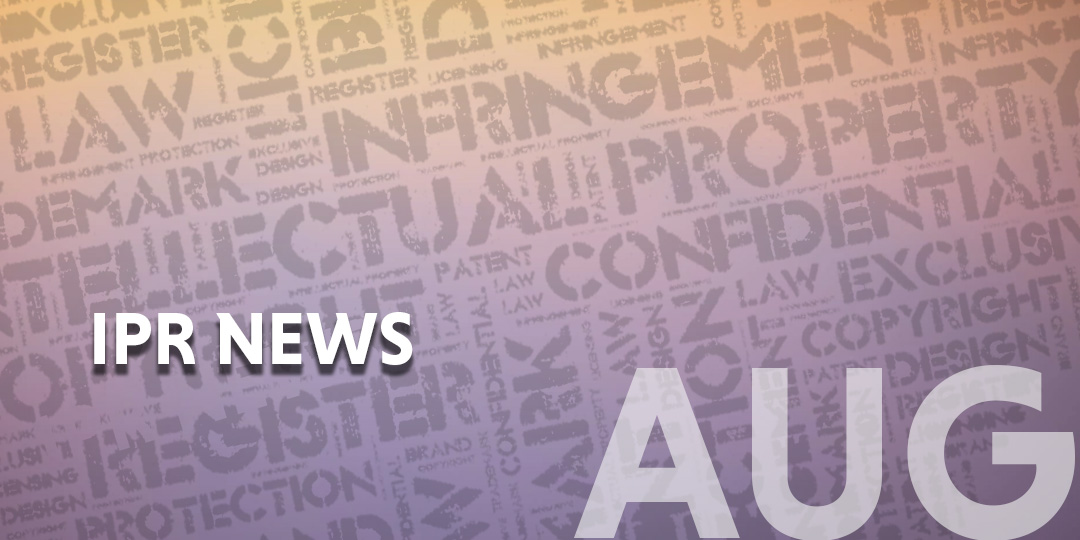 Sony sued the platform seeking damages as the application failed to pay the license fees agreed upon back in March 2022 after which it considered that their deal was terminated. Whereas, the platform still allowed sharing of music owned by Sony in the Application which Sony claims to have contributed to Copyright infringement. It is pertinent to mention here that the platform has already been in disputes especially in relation to payments and licenses, with a number of companies including the Universal group.

The Kashmir government said that it was seeking GI registration of Kashmir Namda and Gabba (two types of Valley-specific woollen rugs), Wagguv (mat made of reed and paddy straw), Shikara (pleasure boats on Dal Lake), and Kashmir Willow bat. “The dossier for registration of these crafts has already been submitted to the Intellectual Property India, Chennai, which is the apex level organization for the registration and better protection of geographical indications relating to goods in India,” the Directorate of Information and Public Relations(DIPR) said.

The Pokemon Company applied to Shenzhen Intermediate People’s Court for an order to stop the development, distribution, operation and promotion of the games like “Pocket Monster Reissue also known as Koudaiyaogaai Fuke” which is said to have been operated by  Chinese based companies. The company is also claiming damages of 500 million yuan over the infringement. The Chinese developers had often faced these kind of infringement cases mainly in case of games.

The Delhi High Court has imposed ₹20 Lakhs fine on a Chinese based company selling identical key chains and baggage tags in the same combination as of Vistara Airlines i.e. Aubergine and gold color combination. The Plaintiff company claimed that the sale of products bearing not only identical trademarks but also similar trade dress amounted to infringement and passing off. Vistara has been issuing baggage tags to its crew members and it’s a registered proprietor of the ‘VISTARA Marks’ in several classes in India and the court was of the opinion that usage of the Plaintiff’s mark amounts to dilution of its marks.

“Moderna asserts that its core mRNA technology is covered by patents Moderna filed between 2010 and 2016 and that Pfizer and BioNTech’s COVID-19 vaccine Comirnaty violates those rights. The creation of Moderna’s own mRNA COVID-19 vaccine, Spikevax, depended heavily on this ground-breaking technique. Without Moderna’s consent, Pfizer and BioNTech cloned this technology to create Comirnaty. In addition to the lawsuit against Pfizer, Moderna is also in a public dispute with the National Institutes of Health over intellectual property rights. Moderna is also being sued by two biotech companies, Arbutus Biopharma and Alnylam Pharmamaceuticals, for the same thing it is claiming that Pfizer did — patent infringement.

The judges in the U.S. Patent and trademark Office barred Bang’s 2020 attempt to trademark the phrase in favor of the Prince estate. The trademark was denied as “Purple Rain” which is wildly associated with the late singer. The ruling stated that they find on this record that Purple Rain points uniquely and unmistakably to Prince so they barred the Bang from using the phrase. The musician’s estate argued that the phrase ‘Purple Rain’ is not commonly used or defined in the English dictionary, thus causing damages onto the estate if trademarked by Bang.

The trademark ‘Amul’ signifies the movement in India’s rural areas towards prosperity and should, therefore, be afforded a broad protection against unauthorised use even with respect to non-competing goods and services, the Calcutta High Court recently held that defendants have tried to dupe the general public by using of an identical mark “AMUL” in respect of candles in violation of statutory rights as well as the common law rights of the plaintiff. Such usage would inevitably lead to loss of revenue as also that of goodwill.

SUN PHARMA PLEA REJECTED IN A TRADEMARK CASE BY HC

The Delhi High Court has rejected a plea by Sun Pharmaceutical Laboratories Ltd wherein it claimed that Hetero Healthcare Ltd has infringed on its trademark ‘Letroz’, a generic drug for second line treatment of advanced breast cancer. The bench led by Justice Amit Mahajan said “Sun, in the present case, cannot be allowed to monopolize the INN ‘Letrozole’. The mark, ‘Letroz’, is not similar to the trademark ‘Letero’ merely because both the parties have adopted the initial letters (Sun adopted the first six and Hetero adopted the first three) of the INN ‘Letrozole’”.

The Delhi High Court noted that the Defendants i.e Dominick have used the name ‘Dominick Pizza’, which is nothing but the identical historical name of the Plaintiff’s store i.e Domino’s Pizza. Thus, it is clear that the name ‘Dominick’ is integrally and historically associated with the Plaintiffs, and the use of an identical name as the founder/predecessor of the Plaintiffs in a similar logo form for pizzas would be confusing and deceptive in nature. The dishonesty in the adoption is further strengthened by the fact that the Defendants are copying various flavour variants of the Plaintiffs, such as ‘Cheese Burst’ and ‘Pasta Italiano’.

According to reports Apple has filed a number of trademark applications relating to the mixed reality headset which is one of the most anticipated and expected products in the recent times and its components including the operating systems, the processor, and more in multiple markets. There have been various reports of the Mixed Reality headset approaching the markets soon, presently reports state that the company has filed for patents and trademarks via third-parties to secure the IP of the yet to launch product.

An FIR has been filed against the makers of the film under the Copyright Act following the complaint lodged by an individual named Kulanjiyappan, who claims that the character in the film is based on him and he wasn’t paid any royalty for usage of his life incidents including his struggles in the movie. He also claimed that the makers of the movie promised him royalty which was failed to be provided to the complainant. It is also alleged from his side that the film showcased his community in a bad light and that the filmmakers have economically boycotted and exploited the victims.