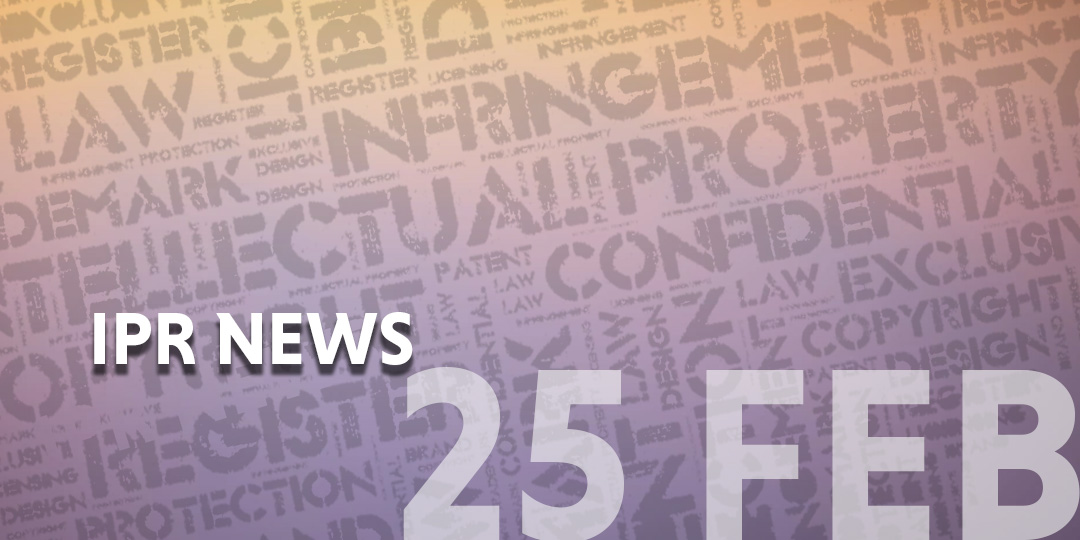 Applications have been filed o trademark the term NYSE for usage of the mark as an NFT and the Stock Exchange is officially entering into the Crypto and NFT marketplace. The NYSE has announced that it has no immediate plans of launching a Crypto or NFT and also stated that it regularly considers new products and their impact on its trademarks and protects its intellectual property rights accordingly.

Mamuda Beverages Nigeria Ltd. introduced its product Pop Cola which allegedly bears designs similar to that of the Coca-Cola brand. The company claims that Mamuda Ltd is distributing and advertising its Pop Cola products with the ‘Ribbon Device’ which is identical to its ‘Dynamic Ribbon Device’ trademark thus infringing its trade dress. Coca Cola seeks the court to declare the usage of the ribbon device as an unlawful infringement of its registered trademark and trade dress and that the usage of the ribbon device is liable to create confusion to the general public, foreign and international, as to the likelihood of an association between the plaintiff and the defendant.

Metaverse trademark applications on the rise before CNIPA

The China National Intellectual Property Administration (CNIPA) has reported that it has received about 16,000 trademark applications related to the metaverse and allied technologies in both Chinese and English languages across various industries. CNIPA also pointed out that, there would be proper scrutiny of the applications and severely cracks down mechanisms are to be undertaken to avoid malicious trademark registration and hoarding trademarks without any proper purpose for use. It also insisted that applicants ought to comply with the law and the principle of good faith when applying for trademark registration especially in relation to Metaverse and should aim not to harm public interest or disrupt the order of the trademark registration process.

The firm Elastic has initiated a trademark infringement suit against Amazon for usage of the trade name and mark Elastic Search back in 2019. The firm claimed that usage of the name by Amazon caused confusion in the market and its consumers would be deceived that the Amazon’s Elastic Search belonged to the firm and it was its product. Presently, the firm has confirmed that both the parties have settled their disputes in connection to the mark and Amazon is restraining itself from further use of the mark Elastic Search. It was also stated that Amazon had begun removing the term Elasticsearch from various pages on its website, as well as from its service names and related project names following the settlement.

MSD sued Clonmel for alleged patent infringement in relation to a cholesterol reducing drug for which Clonmel counterclaimed that the combination of the two active ingredients of Ezetimibe and Simvastin was not protected by the patent, whereas just one compound was protected. The High Court in 2019 found that the claims in relation to patenting of just one compound by MDS was right but the other claims made by Clonmel were rejected. Both the parties appealed and the Court of Appeal agreed with the decision of the High Court and rejected the appeals of both the parties. Presently, the case has been referred to the Court of Justice, European Union.

According to a recent report, Samsung Electronics holds the highest number of patents globally, which approximately amounts to a total of 90,400. The other companies holding such record number of patents globally include the Chinese Academy of Science, Huawei Investment, China Petrochemical Corp, Canon, Panasonic, etc. It is also revealed from the report that Asian companies dominate the top ten positions on the list, of which Chinese firms hold record patent numbers as they occupied six of the ten spots and U.S and South Korea had one company each, while Japan had two.

AI cannot copyright a work of art- US Copyright Office

The 2019 ruling against Mr. Thaler, who tried to copyright a work created by an AI was reviewed where the board clearly mentioned that to copyright a particular work human authorship was an essential element which cannot be ignored and as the same was missing in the artwork created by the Artificial Intelligence body, it shall not be eligible to be copyrighted. The board emphasized that the nexus between the human mind and creative expression was an essential element of copyright.

Cub Club had initiated an IPR violation lawsuit against Apple in 2020 claiming that its founder created and launched the “iDiversicons” app in 2013, also termed it the world’s first emoji with diverse skin tones and that the founder discussed partnership with the company’s representatives back in 2014, and that Apple created its own set of multiracial emoji after informing that they declined to work with the founder of Cub Club. It also claims that Apple’s emoji infringed its copyrights and trademark rights as they copied iDiversicons’ five skin tones and other features to create its set of emojis. The District Judge opined that Cub Club was unable to show that Apple copied anything that was eligible for copyright protection, thus ruling in favour of Apple.

The petitioners holding Hero Electric Vehicles Pvt Ltd, claim that the respondents holding Hero MotoCorp Limited, and related entities cannot use the trademark “Hero” or any of its variants in respect of electric vehicles and that they have violated the terms of the Family Settlement Agreement and Trade Marks and Name Agreement by venturing into electrical vehicles. The respondents opposed the petition on several grounds including that the disputes are not arbitrable. The Delhi High Court has presently referred the matter to a three-member arbitral tribunal.

EPO increase in fees to come into effect from April 1, 2022

Back in 2020, the European Patent Office had increased fees in relation to filings, search and renewals. Post 2020, the office had announced that the increase of the fees would become effective from April, 2022, and a comparison shows that the fees has been increased between 2.5 % to 3 % and as far as international applications are concerned, the fee remains unchanged.

In 2019, Loreal initiated a copyright infringement suit against Nykaa claiming that there were similarities in Nykaa’s certain packaging items with its trademark ‘Maybelline’ brand which amounts to copyright infringement and to an extent a complete infringement of its intellectual property rights. Later, an ex-parte order eas passed and the same was appealed by Nykaa before the Delhi High Court. Presently, both the companies have decided to go for a settlement which has been approved by the Delhi High Court as well as the District Court considering various factors including time and expenses.

The beverage giant has approached the USPTO for the registration of four of its trademarks to be used in Metaverse and for the purposes of NFT. The applications indicate the marks to be used for downloadable virtual goods including beverages, food, supplements, sports, gaming, music, and apparels and online market places for the purchase of the same through NFTs. This beverage manufacturer’s entry into trademark applications in relation to Metaverse and NFT after McDonald’s venture last week proves that, companies are in the prep for a new line of business with Metaverse and NFTs across industries.

Unicolors sued H&M for copyright infringement in relation to its fabrics and as a counter argument, H&M claimed that the copyright registration certificates held by Unicolors were invalid because the company had knowingly included false and inaccurate information/ data in its application. H & M stated that, Unicolors by applying to register multiple works in a single application, though it had made those works separately available to clients and the public amounted to providing inaccurate information. The district court ruled that a particular certificate shall become invalid only if the applicant intended to defraud the Copyright Office, and from the facts of the case it was not evident an intent to defraud the office by the company. The Ninth Circuit reversed the same stating that the relevant provisions do not contain an intent-to-defraud requirement and opined that Unicolors’ application contained factual information which it knew was inaccurate. Presently, the Supreme Court has ruled that that a copyright holder can file a copyright infringement suit even if its copyright registration application included inaccurate information that was the result of an innocent mistake of fact or law and has overturned H&M’s win in the case.