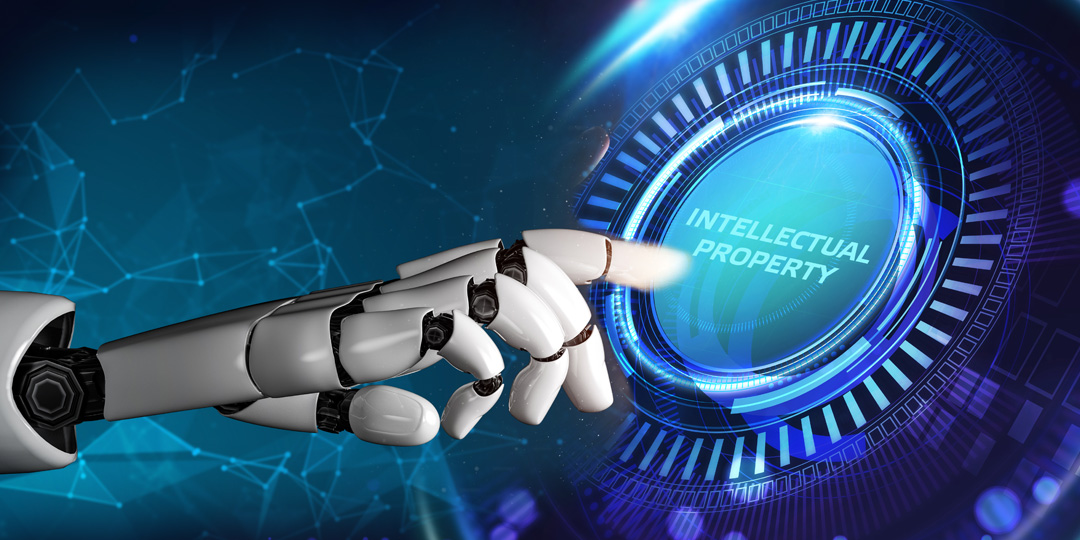 Artificial intelligence (AI) is the ability of computers and machines to perform mental tasks commonly associated with humans, such as learning, reasoning and problem solving.1 AI is one of the emerging Frontier Technologies.2 Frontier technologies are defined as technologies that transform the world. The emerging and merging of Frontier technologies is viewed as the Fourth Industrial Revolution or Industry 4.0. Frontier technologies include: digital technologies, such as the Internet of things (IoT), blockchain, artificial intelligence (AI), big data and cloud computing. Physical technologies, such as autonomous driving, 3D printing, hardware innovations and biological technologies such as genetic engineering, human augmentation and the brain-computer-interface.2 AI is currently the most prolific new technology in terms of the number of patent applications and granted patents, the Internet of things is estimated to be the largest in terms of market size followed by big data technologies, robotics, AI, 3D printing and fifth generation of mobile services (5G).2

Artificial intelligence is the simulation of human intelligence processes by machines, especially computer systems. Specific applications of AI include expert systems, natural language processing, speech recognition and machine vision. AI is termed as the next big thing, and everyone wants to be associated with it either in small or big way. AI systems work by ingesting large amounts of labeled training data, analyzing the data for correlations and patterns, and using these patterns to make predictions about future states.2

1956: The term “artificial intelligence” is coined at a Dartmouth conference and Al is founded as an academic discipline.

leads to the first “Al winter”, with reduced funding and interest in Al research.

1980-1987: The rise of knowledge-based expert systems brings new successes and a change in the focus of research and funding toward this form of Al.

1987-1993: The second “Al winter” started with the sudden collapse of the specialized hardware industry in 1987.

2012-today -Increased availability of data, connectedness and computational power allow for break throughs in machine learning, mainly in neural networks and deep learning, heralding a new era of increased funding and optimism about the Al potential. In 2012, Google driverless cars navigate autonomously and in 2016 Google AlphaGo beats a world champion in the complicated board game Go.

AI-Focus or How it works? 3

AI programming focuses on three cognitive skills: learning, reasoning and self-correction. It principally deals with acquiring data and creating rules for how to turn the data into actionable information. The rules, which are called algorithms, provide computing devices with step-by-step instructions for how to complete a specific task.

Reasoning processes. This aspect of AI programming focuses on choosing the right algorithm to reach a desired outcome.

Self-correction processes. This aspect of AI programming is designed to continually fine-tune algorithms and ensure they provide the most accurate results possible.

2. Strong AI, also known as artificial general intelligence (AGI), describes programming that can replicate the cognitive abilities of the human brain. It has the ability to process an unfamiliar task using fuzzy logic, it applies knowledge from one domain to another and finds solution autonomously. In theory, a strong AI program should be able to pass both a Turing Test and the Chinese room test.

Reactive: Good for simple classification and pattern recognition tasks. Good to apply when all parameters are known. Can calculate fast. Incapable when it requires historical information and imperfect information.

Theory of Mind: Understands human motives and reasoning, based on which it delivers. SO is a quick learner based on motive. Considered as next milestone in AI.

Self-aware: Human level intelligence, it may be possible in future.

Artificial Intelligence (AI) applications are being increasingly deployed in the administration of applications for intellectual property (IP) protection. For Eg., WIPO Translate and WIPO Brand Image Search, use AI-based applications for automated translation and image recognition.

In IP Offices AI finds application in the following:

WIPO provides AI based service initiative adopted by Patent Offices across the world. AI has the potential to revolutionize service delivery and administration in IP offices.

A user can now access AI initiatives in IP offices at webpage:

It provides the user the following details.

The Patent office foresees the following applications based on AI in future in the field of Intellectual Property:

AI based inventions and Patents: 6

Since 1956 innovators and researchers have published over 1.6 million AI-related scientific publications and filed patent applications for nearly 340,000 AI-related inventions. Computer vision, which includes image recognition (critical for self-driving cars, for instance), is the most popular functional application of artificial intelligence (AI). It was mentioned in 49% of all AI-related patents and grew annually at an average rate of 24% over the period 2013-16. The other two top areas in functional applications are natural language processing (14% of all AI-related patents) and speech processing (13%). Upcoming fields in AI are robotics and control methods.

Some statistics of patent filings across the world: Most AI-related patent filings are made at the patent offices in the United States of America (152,981 filings) and China (137,010). Both countries combine a high number of innovations in AI and potential as a market for AI-related inventions. Filings under WIPO’s Patent Cooperation Treaty (PCT System) represent 20% (67,662) of the total number of AI-related filings.

AI is considered a branch of computer science, and therefore, inventions involving AI are considered “computer-implemented inventions” (CII). The Guidelines for Examination in the EPO, F-IV, 3.9 define the term CII as inventions which involve computers, computer networks or other programmable apparatus, whereby at least one feature is realized by means of a program. Software as such is not patentable but inventions involving software which have a technical character are patentable.

Can AI be an inventor?

DABUS- International Test Case in the field of Patents

Dr Thaler, Robert Jehan, Professor Ryan Abbott, conceived AI DABUS (Device for Autonomous Bootstrapping of Unified Sentience) autonomously carries out cumulative cycles of learning and unlearning without a predefined pattern, so that very complex concepts emerge. Thaler applied for two such concepts as patents, a European patent and also patents in the UK, Germany, US, Australia, South Africa and the USA. Thaler named himself as applicant and owner as well as programmer of DABUS, called himself an assignee of any IP rights created by the AI DABUS.10

DABUS is a particular type of AI, often referred to as “creativity machines” because they are capable of independent and complex functioning.12

These patent applications have been rejected, because in EPO, an inventor named in a patent application must be a natural person; an AI, however, has no personality rights. This decision was challenged by Stephen Thaler before the Board of Appeal of the EPO, which published its decision (J 8/20 and J 9/20) on 21 December 2021. The Legal Board of Appeal 3.1.01 heard the appeal on December 21 2021, dismissing it on the same day. According to Article 81 and Rule 19(1) interpretation of the European patent system framework means only a natural person can receive a patent for an invention.11

South African patent application no. ZA202103242, was granted by The South African IP Office (the Companies and Intellectual Property Commission), and published in July (2019) patent journal. South Africa operates a depository system, the patent office only checks for basic formal requirements. South Africa’s Patent Act 1978 provides several grounds for patent revocation. This grant was not based on a very substantive Search and Examination, there is no opposition filed.

Dr Thaler applied for two patents stating that DABUS was the inventor by virtue of his ownership of the DABUS machine. The UK Intellectual Property Office (UKIPO) deemed the patent applications to have been withdrawn on the basis that DABUS could not be considered an inventor and Dr Thaler had failed to meet the requirements of section 13(2).

On 21 September 2021, the Court of Appeal handed down its decision in the case of Stephen Thaler v Comptroller General of Patents Trade Marks and Designs [2021] EWCA Civ 1374. The court dismissed the appeal of Dr Thaler. This affirms UK’s current position that, under the Patents Act 1977, the right to apply for an invention must originate from a human inventor. An AI system cannot be named as the inventor on a patent application. Section 7 of the Patents Act 1977 provides an exhaustive code for determining who is entitled to be granted a patent. The right to be granted a patent is primarily given to the inventor (s7(2)(a)). Section 13(2) of the act states that an applicant for a patent must file a statement identifying the person or persons whom they believe to be the inventor and must also explain their eligibility to apply for the patent.

Dr Thaler appealed the UKIPO’s decision to the High Court, which had ruled against Dr Thaler in September 2020. The High Court held that the Patents Act requires that a person making a patent application must be a ‘person’ with legal personality, whether a human or corporation, and that a patent can only be granted to such a ‘person’ with legal personality. Dr Thaler appealed further to the Court of Appeal.

UK’s current position is that an inventor of any patent application has to be a person with legal personality, and any application that does not meet this requirement is unlikely to progress to grant.

Brinkema also noted that it is up to legislators to expand the scope of inventorship. She explained:” Policy arguments do not override the overwhelming evidence that Congress intended to limit the definition of “inventor” to natural persons. As technology evolves, there may come a time when artificial intelligence reaches a level of sophistication such that it might satisfy accepted meanings of inventorship. But that time has not yet arrived, and, if it does, it will be up to Congress to decide how, if at all, it wants to expand the scope of patent law.”

An “inventor” must be a natural person is entitled to deference. Even if no deference were due, the USPTO’s conclusion is correct under the law.”

The relevant patent statutes, 35 U.S.C. §§ 100-101, already define an inventor as someone who “invented or discovered the subject matter of the invention.” So while an applicant might not be able to name the AI system as an inventor or co-inventor, the applicant can still get a patent by listing the humans(s) who discovered the AI system’s output, recognizing and appreciating its value.

Thaler’s patent in India has an application no IN202017019068 for which examination report or FER is issued. It is objected “The present application cannot be proceed for the formal and technical examination because that the true and first inventor of the invention is artificial intelligence (Device for the Autonomous Bootstrapping of Unified Sentience), which is not a person as per section 2 and section 6 of The Patent Act 1970. The Indian Patent Act, 1970 does not have a specific definition for the term “inventor”.

In conclusion AI is the emerging field in Patents and whether AI will push for change in Legislation of the respective countries, like USA has to be seen. In India, AI it may be long before it crosses the Section 3k hurdle and gets recognized as an Inventor.

3. Everything You Should Know About Artificial Intelligence, by BY MS. SHAGUFTA MULLA, August 20, 2021.

6. The Story of AI in Patents, WIPO

12. In a world first, South Africa grants a patent to an artificial intelligence system, By Meshandren Naidoo, Aug 09, 2021.