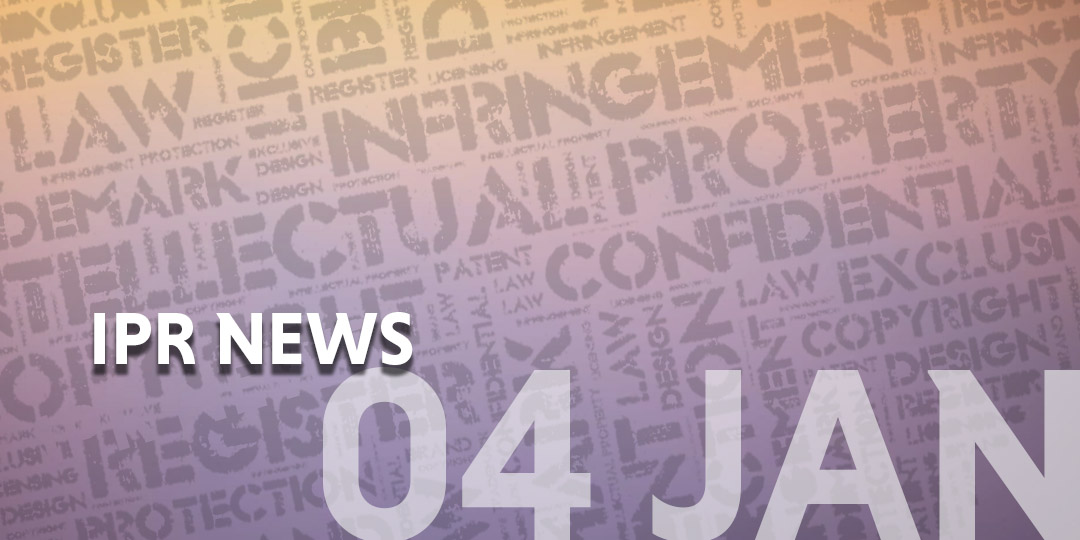 The company has sued the USPTO for allegedly violating the law by reviving a Cuban government entity’s trademark “Havana Club”. The legal battle between Bacardi and the Cuban entity was initiated by Bacardi and claim that they began selling Havana Club rum in the U.S. in 1995 after buying the brand. Cuba’s state-run entity sells rum under the same name in other countries, but are barred from selling it in the U.S.  Cubaexports claims that they first registered the “Havana Club” trademark in the U.S. in 1976. Presently, Bacardi complains that Cubaexport tried to renew the registration in 2006, but was barred from registration after failing to get a license from the U.S. Treasury Department’s Office of Foreign Assets Control and that the trademark should have expired six months later under federal law, but the PTO renewed the registration and gave it a license in 2016. Bacardi states that the renewal of the mark ten years after the registration had expired is a moral outrage violating the law and must be set aside and that they would take every means available to protect their trademark “Havana Club”.

Settlement between Skechers and Easy Spirit

Skechers initially filed a trade dress and trademark lawsuit against Easy Spirit in 2019 in the U.S. District Court alleging that Easy Spirit has copied two of Skechers registered marks “Go Walk” and the “Skechers D’Lite” and claimed that the act was willful and intentional to cause confusion among consumers and diminish Skechers’ rights. Later Easy Spirit filed a trademark suit accusing Skechers of infringing on its own footwear designs and in November 2021, Skechers received a judgment in its favour. Presently, the case has been dismissed following an agreement between both the parties under the terms which are not publicly known.

Sanofi sued Mylan for patent infringement of its proposed generic version of the SoloStar device, used to deliver Lantus and Sanofi claimed that it sold more than $3 billion worth of Lantus worldwide in 2020. Later, Mylan filed 10 petitions asking the PTAB to review five patents covering aspects of Sanofi’s device. The board invalidated 97% of the patent parts it reviewed and Sanofi went on to an appeal arguing that the judgment resulted not from a careful consideration of the merits but significant errors. The Federal Circuit panel has presently jointly decided that the PTAB correctly decided the relevant parts of the patents were obvious based on earlier inventions or lacked a proper written description.

Back in 2017, Qualcomm sued Apple for allegedly infringing several patents, and Intel challenged the validity of the two patents in relation to receiving data transmissions and data processing at issue at the PTAB in 2018. The PTAB invalidated some parts of both patents but found others valid and Intel appealed this decision of the board. Qualcomm argued that Intel lacked standing to appeal because it hadn’t been sued and because the Apple dispute had settled which was rejected by the Federal Circuit and stated that the Apple settlement was irrelevant because Intel wasn’t a party to it. Presently, the Federal Circuit revived and has sent back Intel’s challenges to parts of the Qualcomm patents that the PTAB had found valid because of errors in the board’s analysis. The Federal Circuit also says that the PTAB is erred by accepting stipulation of parties.

China to tighten copyright protection in live-streaming, ecommerce platforms by 2025

The 14th Five-Year Plan for Copyright Work was issued by the National Copyright Administration and the country’s copyright regulator has stated that China will improve copyright protections including live streaming, ecommerce and sports events by 2025. The major aim of the plan is to cope up with the development and application of new technologies including artificial intelligence and block-chain which will be strengthened, and copyright protection in sports events, variety shows, live streaming and e-commerce platforms will be improved. It is pertinent to mention that the country’s love for development and implementation of new technologies has now resulted in a smart prosecutor bot that can press charges on criminal behavior with up to 97-percent accuracy. The country also claims that after the required tests the bot would be put to use to reduce the workloads of human prosecutors and allow them to devote more time to dealing with more difficult and tricky cases.

As the country focuses on protecting and expanding its key industries, Nikkei reports that Japan will introduce legislation that keeps sensitive patents secret and that the government will review patent filings for technology that have potential military use, including developing nuclear weapons and quantum technology. Also, Patents that may pose a national security risk won’t be disclosed and the applicants will not be able to file the patents in other countries. It is speculated that the government will announce the framework by January 2022 and plans to make it effective from 2023.

The complaint was filed in the New York District Federal Court for infringement Yurman trade dress and violations of the state’s business law. David Yurman has sought an injunction against Mejuri for manufacturing products that infringe on the registered designs and demand the manufactured pieces to be melted. The company claims that the jewels bearing the registered designs of David have been advertised and sold and that the infringement and unauthorized usage of the registered designs are of the jewelry which are pure form and sculpted cable collections belonging to him. It is claimed that Mejuri has caused customer confusion and has damaged the substantial goodwill that David Yurman has diligently built over four decades, thus is also seeking redress for unspecified damages.

Some of Disney’s most cherished and financially profitable characters are set to enter the public domain including the Winnie the Pooh characters that originally appeared in the books written by A.A. Milne. Disney had acquired the rights to the Winnie-the-Pooh books and their characters from Milne back in 1961. In 2022 these characters enter the public domain and Disney won’t be able to sue anyone that uses A.A. Milne’s original Winnie-the-Pooh stories as inspiration, adapting the fictional bear for new projects or original creative works. Disney can, sue anyone that tries to use Disney’s version of Winnie the Pooh and the trademarked characters it created based on Milne’s stories. Similarly, the earliest version of Mickey Mouse, is also set to enter the public domain in 2024. It is stated that other companies could begin to look at ways to profit off the characters by making their own versions of these characters and they will not be able to use the Disney trademarks or the trademarked versions of the characters.

Meghan Markle had sued the Associated Newspapers which publishes the Daily Mail, Mail Online and Mail on Sunday for breach of privacy and a Copyright case for publishing parts of the letters that she had written to her father. There were claims made by Associated Newspapers which required Meghan to prove that there was breach of privacy as she already had an idea that the letters would be made public. The court had finally concluded that, the letters were personal and private and publication of the same is unlawful. The court has ordered the company to print a front-page statement acknowledging her victory. Presently, the Mail on Sunday has published an apology on their front page which, which reads, “The Duchess of Sussex wins her legal case for copyright infringement against Associated Newspapers for articles published in The Mail on Sunday and posted on Mail Online,” The apology also stated that the publications have agreed for “financial remedies” after the Duchess of Sussex’s win in the legal case.

Feluda, the series produced by Zee to be aired in its digital platform has been challenged by SVF and has received injunction against its producers Ashok Dhanuka, Eskay Video Private Limited and Zee Entertainment till Jan 5, 2022. Feluda is one of the most famous Bengali detective fictional character created by Satyajit Ray through several stories written by him and SVF claims that it holds exclusive rights to Feluda stories by way of an assignment agreement for valuable consideration, thus has initiated the present suit.

DB Corp. Ltd. is the registered owner of the trademarks “Dainik Bhaskar”, “Divya Bhaskar”, “Divya Marathi” and “Bhaskar Group” in relation to circulation of its newspaper in electronic form through its websites on a subscription based model. It is claimed by the Plaintiff that the said process of digitization of publication entailed substantial investment in the research and development and other resources in order to provide quality service as well as increase readership of the newspapers. The subscription is for a single individual user to browse content on the website for their personal use, and the subscriber does not have the option of downloading the e-newspapers. The Plaintiff has sued WhatsApp LLC which owns and operates the mobile and web-based application and Defendants 3 to 88 are persons who have formed groups on the platform. The contention of the Plaintiff is that it has has been able to track down the administrator of such infringing groups and has learnt that the e-newspapers of the Plaintiff are being circulated on such groups illegally and also claims that there might be many other groups and platforms where the e-newspapers of Plaintiff have been shared in an unauthorized and illegal manner. It is contended that Plaintiff is the owner of the copyright in its literary works and the same cannot be circulated in an unauthorized manner which amounts to infringement. The Plaintiff states that it has informed WhatsApp about the infringing groups and requested them to have the same removed. However, the same was turned down and insisted that Plaintiff provide it with an order from the Court to that effect. The Court stated that the Plaintiff has made out a prima facie case and the balance of convenience also lies in favour of the Plaintiff. Further, an irreparable loss would be caused, in case an ex-parte order of injunction is not granted – restraining the infringing Defendants from illegally circulating and distributing the Plaintiff’s e-newspaper. Accordingly it was ordered that, till the next date of hearing, WhatsApp is directed to block the groups that are unauthorisedly and illegally circulating the Plaintiff’s e-newspaper.

The Plaintiff Hermès International has filed the present suit for infringement of its registered trademarks and copyrights against Macky Lifestyle. The Plaintiff being the adopter and registered proprietor of the well-known three-dimensional shape trademark, by virtue of which it enjoys exclusive proprietary rights in the shape of the “Birkin” Bag, and the trademarks “Hermes” and stylized mark “HERMÈS” for its products, including its luxury bags and accessories states that the Defendants were selling the Plaintiff’s products in its own website portraying themselves to be manufacturers. They also claim that the Defendants are attempting to create an unauthorized association with the Plaintiffs’ product; and are targeting customers to deceive them into believing that Plaintiffs have launched an affordable new range of “Birkin” Bags. The court ruled that the Plaintiff has made out a strong prima facie case and the balance of convenience also lies in favour of the Plaintiffs. Further, an irreparable loss would be caused, in case an ex-parte order of injunction is not granted. An order for ad-interim injunction restraining the Defendants from involving into any act that would infringe the Plaintiff’s has been granted.