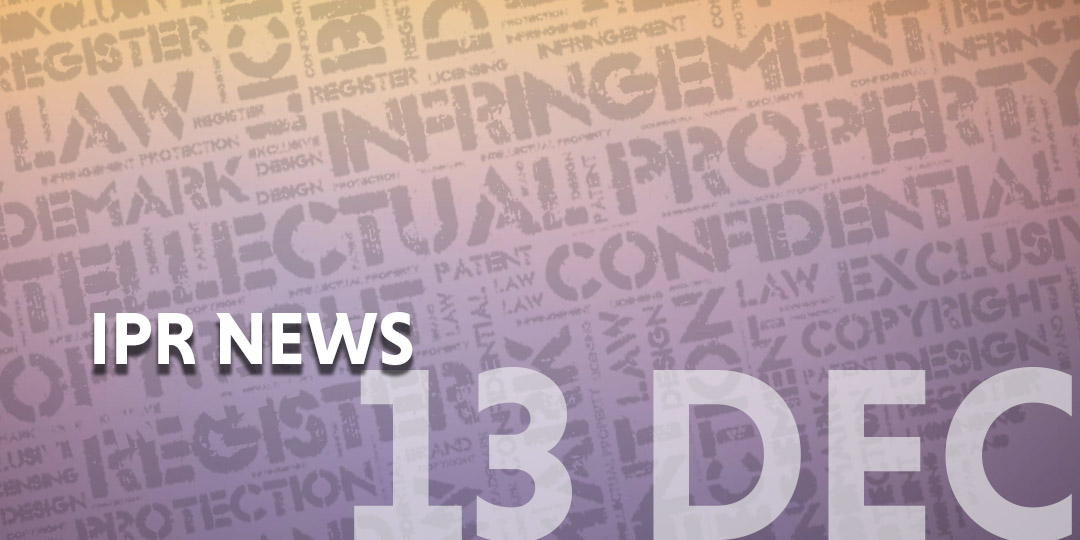 The pop group ‘ABBA’ sues a UK-based company that stages shows under the brand Abba Mania. This suit has been initiated by Polar Music International, the company that owns the Abba Group claiming that Abba Mania has been using the term ‘ABBA’ without the company’s prior consent/ permission or knowledge and the same amounts to infringement of its trademark. The pop group also states that an attempt to amicably settle the issue was undertaken from their side but the defendants refused to resolve the dispute and cease the use of the name Abba Mania.

Axiva has initiated a suit against ICP for adopting deceptive marks which are similar to that of their trademarks. The marks in dispute are AXIVA, AXIVA INFUSION CENTERS and AXIVA HEALTH SOLUTIONS. The similar mark adopted by ICP is ‘AVITA’. The plaintiff claims that the companies deal with the same set of consumers thus there are possibilities of confusion among the public. Another accusation raised against the defendants is that, the similar mark has been adopted after a former Axiva employee departed and started working for the defendants. The present suit has been initiated for trademark infringement and unfair competition methods adopted by the Defendants.

Fight for the mark “GARANIMALS”

A suit has been filed by the clothing brand Garanimals against the usage of the same name and mark by Grizzly Peak Farms LLC. The clothing brand accuses that the use of the same mark especially in relation to marijuana strain made by crossing Grape Pie and Animal Cookies strains which are controversial and at some instance illegal has tarnished the goodwill and the reputation of their brand. The brand is most popular for its clothing in relation to children and the confusion or association by the public with a controversial product is bound to affect the business of their brand is the plaintiff’s contention. By initiating the suit, the plaintiff seeks Grizzly Peak to refrain from using their trade name and monetary damages for the tarnish of their reputation caused due to the usage of the mark by the defendant.

The patent infringement lawsuit filed by Solas in the US district court in Texas, contends that the OLED display on Nintendo’s Switch console infringes four of its patents. It is pertinent to mention here that, the plaintiff won an $80 million intellectual property battle with Samsung earlier this year and the present suit is similar to that of the one against Samsung. Another complaint placed by Solas with regard to its win in the battle with Samsung is that, even after the court ruling, Samsung still continues the usage of its patents and stats that appropriate legal steps shall be undertaken in the future.

Nike claims that Adidas has infringed its patent in relation to the “Game-changing Flyknit technology” that uses fewer materials and generate less waste in the process of the production of one-piece knitted uppers for sneakers. It is also claimed that the technique has been used by the defendant in a number of products and has also approached the U.S. International Trade Commission to investigate the rival company for infringing on its patents and has also petitioned to block the import or sale of products found to violate them as it would be detrimental to their sales, business and reputation. In contrary, Adidas states that the technique that they have incorporated in the production of their products has resulted from years of dedicated research and shows their commitment to sustainability and that they will defend themselves with valid proofs which show that they have not infringed the rival’s patents.

Huge media houses including Universal Studios, Netflix, Amazon, Apple Video Programming, Disney, etc. have sued two streaming sites for copyright infringement in the U.S. District Court for the Central District of California. The two streaming platforms- AllAccessTV (AATV) and Quality Restreams are accused of selling access to the media companies copyrighted contents. It is also stated that the platforms allows subscribers to access live channels without subscribing to the actual services, and that almost all classic and premium contents of the complainants have been given access through the sites amounting to the infringement of the copyright of the movies, series and television programs.

“A contract is a contract”- Developer loses copyright battle over software:

A suit was filed by a developer claiming that he had created a particular software for his employer. The software was licensed in the name of the employer but the complainant stated that he was being paid a sum of amount which he claimed to be the licensing fee and once such amount was not paid to the developer he filed a complaint stating there was an infringement of his copyright in relation to the software by the company. The company as a defense stated that the sums of amount paid to the developer during the 2 years period was for the developer’s support in relation to the software and not any form of licensing fee or royalty. The court ruled in favour of the company relying on the contract between the developer and the company which clearly mentioned under what terms the Developer was going to work for the company as an employee. The developer preferred an appeal which has presently upheld the previous decision.

The streaming platform has initiated various steps in relation to balancing and securing the interest of the content creators and the viewers. Presently, the first publication of the Copyright Transparency Report states that among approximately over 700 million copyright and takedown request, wrong request amounted to 1 percent and the remaining were from genuine Content ID’s and the Youtube’s automatic copyright enforcement tool. Of the total number of complaints about 60 percent were resolved in favour of the content provider/ uploader of the particular content. Following the report, there is an opinion that YouTube’s policies in relation to copyright protection requires updation as a mere takedown request or copyright claim shall result in the particular content being blocked and loss of revenue including the ad income.

China National Intellectual Property Administration announced methods and measures to monitor the use of symbols, designs and trademarks for the 2022 Winter Olympic and Paralympic Games. The administration plans to crack down on illegal e-commerce platforms and individuals involved in the course of production and sale of products that violate IPR. It is also pertinent to mention that CNIPA is already conducting its campaign targeting malicious registrations of all forms of IPs through which around 8 Lakh cases of abnormal IP Registrations have been identified and reported.

Back in 2019, PepsiCo initiated a suit against farmers in Gujarat for cultivating a particular kind of potato with less moisture used for the purpose of producing chips and related snacks for which the company had obtained a patent. Following which, the company preferred amicable settlement of the issue and withdrew the suit. Later, a petition was submitted before the Protection of Plant Varieties and Farmer’s Rights (PPVFR) authority claiming that according to the relevant Indian Legislations, patenting of seed varieties is not possible. Presently, it has been ruled that the patenting of the particular variety of potato cannot be accepted thus the certificate of registration has been revoked.

Introduction of Handloom Mark for GI:

Minister of State for Textiles Smt. Darshana Jardoshin has stated that 65 important traditional handloom products have been registered under the Geographical Indications (GI) of Goods (Registration and Protection) Act, 1999 and that registered users of such products have rights to approach the respective authorities to safeguard their interests against illegal manufacturing or marketing of GI registered handloom products. It was also stated that the Government has introduced ‘Handloom Mark” to identify products woven on handlooms and the step is undertaken as a measure to protect and promote the traditional handloom products.

Pharmavite has filed a case against B & L for attempting to monopolize eye health supplements in the particular market. It is accused that the company is advertising its products using expired patents and that the scope of the patents advertised are limited but are exaggerated which misleads the public and is against fair advertising methods. Also, it is accused that the company is filing sham patent litigations against its rivals in an attempt to monopolize the market.

The telematics firm IMS has sued Coburg Group for using its patented technique in relation to a smartphone-based telematics technology. Both the companies into the same line of business where IMS has accused the rival of unauthorized usage of its patented technique. The IMS group holding more than 120 patents solely related to road safety and telematics technology which are phone based state that they are very keen in protecting their IP.

The writers of “Playas gon Play” sued Taylor Swift over copying their lyrics on her subsequent song Shake It Off. The court had cited more than 10 songs that carried similar lyrics. Swift had also made her request to dismiss the case. Presently, the court has dismissed her request and stated that though there are dissimilarities in the lyrics and the song, the similarities should also be considered and inspected.