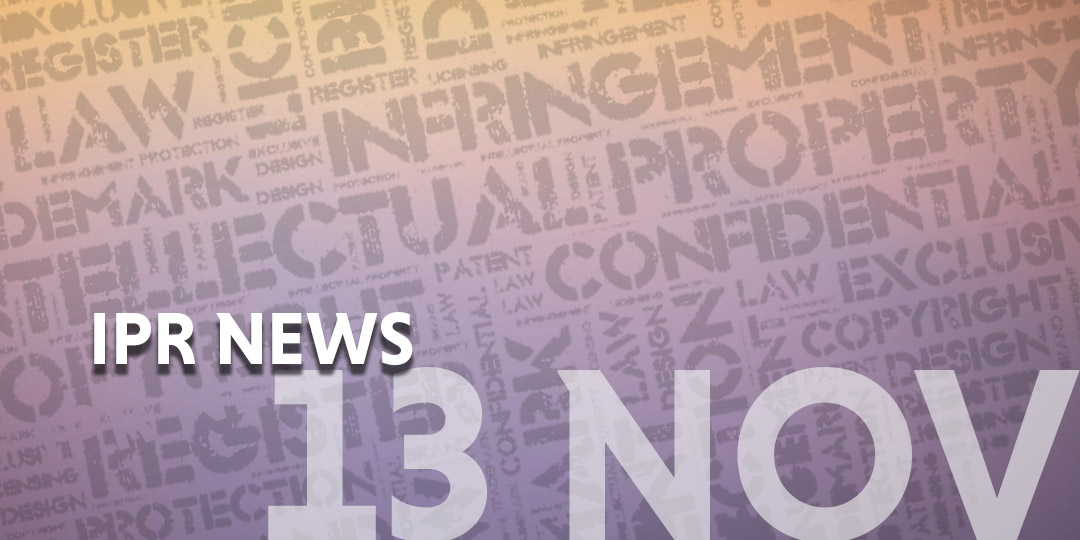 WIPO recently released its report on the annual IP filings. The reports show an increase in the filing activities especially in relation to trademark filings despite the effect of the pandemic on the economy. Most of the filing activities took place in China which continues to dominate the world in the number of filings across most forms of intellectual property. The report states that Global Trademark filings surge 13.7% despite economic shutdowns and China received the most trademark application filings during 2020 at 9.35 million filings followed by US.

India’s patents in the Pharma sector

The data in relation to the number of Blockchain Patents show a growth from Three to Two Thousand Six Hundred registered patents in a span of three years in the USPTO. The claims for patenting of the Blockchain technology was first undertaken in the year of 2016 where only three applications were made. As of November 2021, the number of patented Blockchain technologies and methods are 2,600. It is also predicted that the field would possibly see more patents by the end of this year.

The U.S Government and the pharma company had a partnership to quickly develop a COVID-19 vaccine where members and scientists of the National Institute of Health (NIH) collaborated with Moderna in the process of creation of the drug. Moderna had filed a patent application with the USPTO claiming that it had developed and invented the vaccine. But the NIH claims that three of its scientists played an important role in the invention of the drug. It is also stated that the key element of the drug was developed by the scientists of the NIH. In the patent document, the company mentions the names of the inventors which does not include the scientists of the NIH. Presently, the Institute approaches the court for the recognition of its scientists’ efforts in developing the vaccine.

Nokia announces that it has acquired 4000 5G Core patents

Nokia announced that it had acquired patents in relation to different stages of 5G development. It has also announced that other companies can obtain its authorization and use these patented technologies. This means that these companies will not have to invest heavily in research and development on their own to use the particular technology. Presently, the patent portfolio of the company consists of approximately 20,000 patents and is the outcome of over 130 billion euros worth of research and development.

The China National Intellectual Property Administration (CNIPA) had implemented a patent linkage system in their amended patent law, which became effective June 1, 2021 according to which a dispute resolution mechanism shall be undertaken in relation to drug patent cases. Also, the Chinese patent linkage system prevents marketing approval of drugs until the expiration of patents covering the drugs. Presently, the Beijing IP Court announced that it has accepted the first Drug Patent Linkage Litigation case in relation to a generic drug. Upon examination of the filed lawsuit, the Beijing Intellectual Property Court held that the plaintiff’s action complied with the requirements for litigation conditions for patent linkage actions for pharmaceutical products, and registered the case as a case according to the law.

Talis Biomedical Corporation sued the defendant seeking a reversal of the sustained Opposition that Talis Clinical had filed with the plaintiff’s application for the trademark TALIS. Talis Clinical was previously known as RLH Enterprises but registered as Talis Clinical, LLC in late 2012 whereas Talis Biomedical started using the trademark TALIS in the year 2018 and has also published the mark in their official website. The USPTO had published the trademark for which an opposition was filed by Talis Clinical but the Biomedical Corporation claimed that the nature of service provided by both the companies are dissimilar, therefore a chance of deception or confusion among the public is not possible. But the opposition filed by the defendant was sustained on the grounds that it would cause consumer confusion among the public. Presently, the plaintiff is seeking an appeal on the decision of the Opposition with favorable judgment.

This trademark dispute over bunny costumes ends in a settlement between the parties. Playboy Enterprises had sued Fashion Nova stating that the platform had infringed the trademarks in relation to its famous bunny costume. Also claimed that Fashion Nova has been copying the models of costumes from other companies. Previously, a complaint was filed by Playboy Enterprises stating that Fashion Nova’s costumes were indistinguishably copied from their products which was denied by the platform. Fashion Nova accuses Playboy of filing “sham” complaints that are “objectively unfounded” and brought “for an unfair, inappropriate and anti-competitive purposes”. Presently, a settlement has taken place between the parties and they have signed a settlement agreement and will dismiss the claims with prejudice, meaning they cannot be re-filed.

Qualcomm sued Apple 2017 alleging its iPhones, iPads and Apple Watches infringed a variety of mobile-technology patents including the Qualcomm chips. Apple later challenged the validity of the patents of these three products and the court ruled the patents valid. Thereafter a settlement was signed between these two parties worth several millions of dollars, through which Apple could continue to use Qualcomm chips in its products. Despite the settlement, Apple appealed arguing that the Federal Court should revive its challenges as there is a risk of being sued when its six-year license to Qualcomm’s patents expired. Qualcomm stated that Apple lacked standing because the parties had settled and the court accepted the claims of Qualcomm.

This case filed against R.J. Reynolds for copying a vape technology has also ended in a settlement a day before the scheduled jury trial. Fuma, an E- Cigar manufacturing company had sued RJR for infringing one of its technology and the claims of Fuma was also accepted by the Court. This dispute gains significance as speculations arise that RJR has new business plans and models for tobacco and cigarette manufacturing.

Previously, this team had applied a patent application naming an AI as the inventor and Australia and South Africa both ruled in favor officially labeling the AI as the inventor. Both UK and Europe had rejected the patent stating that AI’s cannot be considered as person. As far as the US is concerned, the USPTO rejected the patent in 2020 and the rejection was upheld by the US District court. Presently, this team again attempts to gain acceptance of the patent application with the AI named as the inventor. The team has now applied to the Supreme Court for permission to appeal the earlier decision.

The film director and the producer of the film “Rang De Basanti” were accused of copyright infringement by the writer Mustaq. The writer claimed that his script titled “Inquilab” was discussed with the director which was later executed as the film “Rang De Basanti” without his knowledge. The court stated that criminal proceeding itself was not tenable as the story was not registered and there was no prima facie material to prove the offences punishable under Copyright Act.

Meghan Markle had sued the Associated Newspapers which publishes the Daily Mail, Mail Online and Mail on Sunday for breach of privacy and a Copyright case for publishing parts of the letters that she had written to her father. There were claims made by Associated Newspapers which required Meghan to prove that there was breach of privacy as she had an idea that the letters would be made public. The court had finally concluded that, the letters were personal and private and publication of the same is unlawful. The court has ordered the company to print a front-page statement acknowledging her victory which has not yet been published. Currently, the publishers are appealing against the court order in favour of Meghan.

Who should work on your IP Audits? An IP Audit is a review done systematically and in regular intervals in relation to the intellectual properties owned, used or acquired by an organization in the due course of business so as to assess and manage risk and implement best practices in IP asset and portfolio management. Be it any form of Intellectual Property, IP Audit is useful in determining the threats that may arise to a particular IP and supports in maintaining and improving its competitive position in the relevant market. There are various types of IP Audits too which extends the scope of protection of specific IP’s based on their purposes. IP Audits shall be conducted by experts in IP who are well aware of the product lines, the relevant business environment, rivals and competitors and a complete idea of the company.