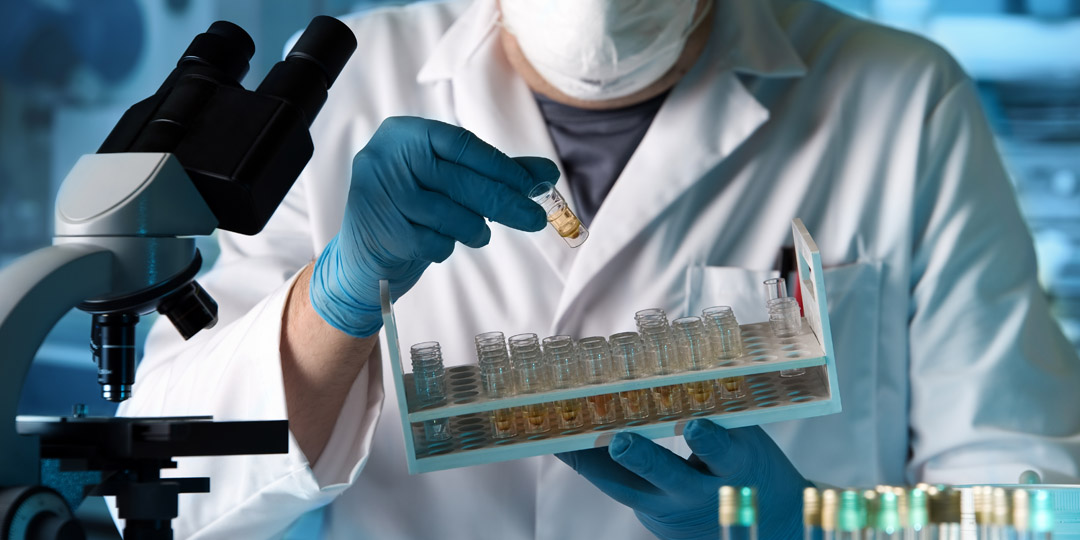 One of the Land mark judgment that came up in patenting of pharma in the In Indian territory this year is from the Delhi High Court on double patenting. In a recent Judgment by Delhi High Court on 20 July, 2021  in Astrazeneca Ab & Anr v. Intas Pharmaceuticals Ltd. the court held against Astrazeneca reaffirming that one product cannot be covered by more than one patent with some  significant findings on  double patenting. The decision deals with Astrazeneca AB’s (“Astrazeneca”) patents IN 205147 (“IN 147”) and IN 235625 (“IN 625”) which cover the product compound ‘Dapagliflozen’ (“DAPA”)

IN 147 and IN 625 were initially granted to Bristol Myers Squibb Company, in which through an Assignment Deed dated 1st February, 2014, assigned the rights therein to the appellant/plaintiff AstraZeneca AB, Sweden. The subject matter of the two patents is the product Dapagliflozen’ (DAPA) which is a kind of SGLT2 inhibitor which is useful in treatment of Type -2 Diabetes mellitus. The said drug is being administered in order to prevent the kidney from reabsorbing glucose, so that it normalizes plasma glucose by enhancing excretion of glucose in urine and, thereby improving insulin sensitivity

IN 147 covers the genus patent titled “A C-ARYL GLUCOSIDE” which was filed on 02.10.2000 got expired in 02.10.2020. IN 147 is a Markush structure i.e. a patent covering a group of compounds, disclosing the possibility of individual permutations and combinations running into several million structurally diverse compounds. IN 625          titled “A COMPOUND (2S,3R,4R,5S,6R)-2(4-CHLOTO-3(4-ETHOXYBENZYL)PHENYL)-6 (HYDROXYMETHL) TETRAHYDRO-2H-PYRAN-3,4,5-TRIOL AND COMPOSITION COMPRISING THE SAME” is the species patent which was filed on 15.05.2003 is an active patent expiring in 15.05.2023. Sun Pharma Laboratories Limited and Abbott Healthcare Private Limited respectively were the distributors of the appellants/plaintiffs (Astrazeneca AB) to sell the said drug in India. Further, according to a press release AstraZeneca Pharma India said, AstraZeneca India and Abbott have mutually terminated the distribution agreement on May 27, 2021 for the type 2 diabetes medicine Dapagliflozin in India.” Also, AstraZeneca India continued to independently market Dapagliflozin, the combinations of Dapagliflozin and Metformin as well as Dapagliflozin and Saxagliptin in India under the brand names Forxiga, Xigduo and Qtern respectively.

The appellants/plaintiffs (Astrazeneca AB) filed infringement suits against Micro Labs Ltd, Ajanta Pharma Ltd, Intas Pharmaceuticals Ltd, Torrent Pharmaceuticals Ltd and Alkem Laboratories Ltd before the expiry of the twenty-year term of IN 147 for both the patents IN147 as well as IN625. Later on, infringement suit with respect to IN625 was filed after the expiry of IN147 against MSN Laboratories, USV Pvt Ltd, Zydus Healthcare Ltd, Zydus Medica and Eris Lifescience where all constitutes the ‘Defendants”. One of the main point to be noted is that  the court observed, that the challenge in all the nine appeals is of  two orders/judgments,  where  both the orders/judgments were pronounced within a span of 16 days, with both, independently of each other, on the same facts, concluding that the appellants/plaintiffs, during the pendency of the suits for permanent injunction to restrain infringement of patent, are not entitled to any interim injunction restraining respondent(s)/defendant(s) from manufacturing and selling the pharmaceutical products which are alleged to be in breach of the patent of the appellants/plaintiffs. Further, in the judgment dated 2nd November, 2020, the interim injunction claimed by the appellants/plaintiffs was declined but the respondent(s)/defendant(s) were directed to place on record the details, quantum and value of the drug manufactured and sold as also indirect and direct taxes paid in that behalf as well as their assets, from which the damages, if any awarded against them, could be recovered.

Few of the arguments put forward by the plaintiffs were in distinguishing the claims pertaining to the compound. The plaintiffs argued that   IN 147 is the genus patent and IN 625 is the species patent. IN147 is a Markush structure with 22 variables and group of compounds, in millions of permutations and combinations one of which is DAPA. The plaintiffs also pointed out that DAPA is not obvious from IN 147 because IN 147 has a million possibilities. Further, that DAPA, in India, had neither been subjected to any pre-grant or post-grant opposition, nor any revocation proceedings with respect to DAPA filed prior to the year 2020. Also, the plaintiffs argued that the respondent(s)/defendant(s) started infringing IN 147 and IN 625 and some of the respondent(s)/defendant(s) also initiated post-grant opposition, revocation proceedings or counter-claims against IN 625. According to the Plaintiffs IN 147 is different from the invention claimed in IN 625 and that that IN 147 claims a class of compounds of the Markush structure but  IN 625 has only one specific molecule i.e. DAPA. Thus, as distinct from the genus patent IN 147, the species patent IN 625 concerns DAPA, which was invented in the year 2001 only and is separately protected as an invention, distinct from the genus invention. The Plaintiffs also affirmed that the United States of America (USA/US) also, there was no publication of the patent corresponding to IN 147 prior to the filing of the patent corresponding to IN 625. Also, as per the Plaintiffs IN 625 is in the 18th year of its life-cycle and is an old and established patent and thus carries with it presumption of its validity. IN 625 was subjected to examination in the Indian Patent Office, between the years 2002 and 2009, so as per the arguments of the Plaintiffs,  proceedings initiated for the first time in the year 2020, for revocation of IN 625, are mala fide and a counterblast to the infringement actions undertaken by the appellants/plaintiffs.

As per the defendants, the contention of the appellants/plaintiffs that DAPA, though covered in IN 147, was not “disclosed” and relying upon the Markush structure and in contradiction to that initiating an infringement action against the dependents in the matter of, both for IN 147 and IN 625, thus was sufficient at that stage to hold that DAPA was claimed in both the patents. Also, there was a definite assertion by the appellants/plaintiffs before the USPTO as well as before the Courts in USA in the proceedings against Zydus Pharmaceuticals USA, that the DAPA was covered in US patents corresponding to both, IN 147 and IN 625. Further, to be noted that that before the USPTO, the appellants/plaintiffs, to obviate the rejection of US application corresponding to IN 625 on the ground of obviousness/double patenting, agreed that the validity period of US patent corresponding to IN 625 would end on the same day on which the validity period of US patent corresponding to IN 147 would end. Further, in the working statement in Form 27 filed in relation to IN 147, also furnished the working of DAPA, again admitting DAPA to have been part of IN 147.

The court observed that IN 147 having disclosed DAPA, IN 625 having no technical advancement from IN 147; and for the reason of the appellants/plaintiffs failure to furnish information under Section 8 of the Patents Act being an important factor to be taken into account at a preliminary injunction stage, the impugned order/judgment dated 18th November, 2020 holds. The court also observed that the inventor of both, IN 147 and IN 625 and/or of US equivalents thereof was/is the same and thus best placed to know the inventive step i.e. technical advancement in the invention subject matter of IN 625, over that of the earlier invention subject matter of IN 147. The Court observed that the Plaintiffs have already applied for and agreed to the validity period of US patent equivalent of IN 625 ending on the same day as the validity period of the US patent equivalent to IN 147 before the USPTO, thus the plaintiffs cannot claim different periods of validity of the two patents in India. The court refused to accept the Appellant’s contention that DAPA was disclosed generally in IN’147 whereas the same was disclosed specifically in IN’625, thus with respect to one invention, there can be only one patent. Therefore, as per the judgement appellants/plaintiffs herein however, while claiming one invention only i.e. DAPA, are claiming two patents with respect thereto, with infringement of both, by the respondent(s)/defendant(s), where the above mentioned   strikes at the very root of the claim of the appellants/plaintiffs and disentitles the appellants/plaintiffs from any interim relief. Further, as per the judgement, the court said “no merit in the appeals, which are dismissed, with costs assessed at Rs.5,00,000/- .to the respondent(s)/defendant(s) in each of the suits”.

Conclusion Like few the instances in the past, in the Indian patent regime where the court had an interference upon ever greening, this would be another add on. The court in its judgment has indicated that if patents with respect to the same invention can be granted more than once successively in time, the same will negate the legislative intent of limiting the life of the patent and enable the patentee to prevent others from making, using or offering for sale, the new product invented by the patentee, till the time patentee successively keeps on obtaining patent therefore. However, in the course of time, pharma IP in India may be expected to have more twists and turns, that may contribute to better accessibility to medicines simultaneously arriving at a more innovation friendly ecosystem and redefined national policies.