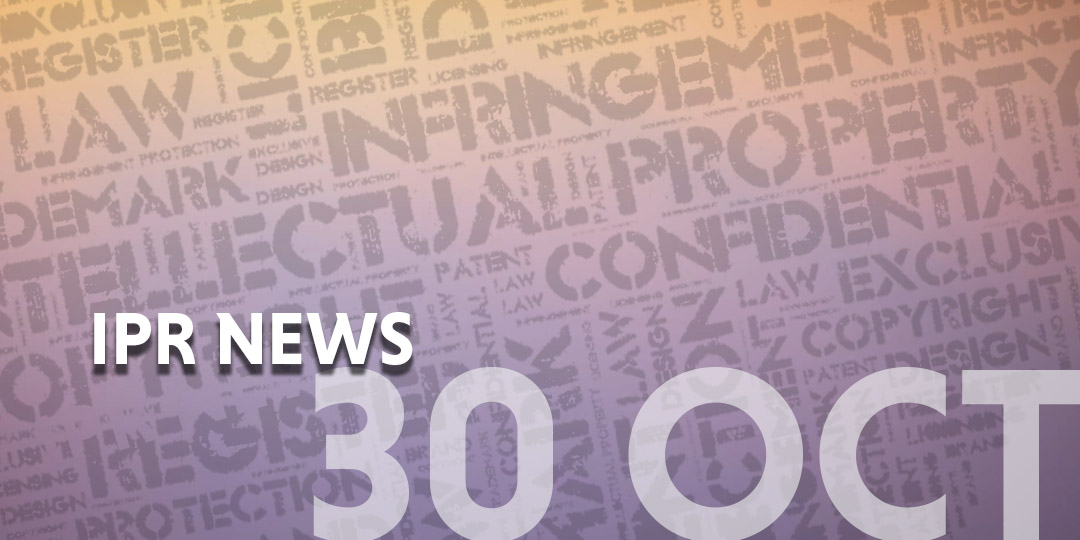 The Hon’ble Chief Justice of Delhi High Court had announced the creation and functioning of a separate Intellectual Property Division which would solely deal with the IP matters in July, 2021. On 8 October, 2021, the Delhi HC had circulated the IPD Rules, 2021 among the members of the bar for their suggestions and recommendations. The Delhi High Court Registry has announced an extension for submitting suggestions and comments on the proposed rules. As per this, the new deadline stands as November 10, 2021.

The television network that runs India Today and Aaj Tak has filed a suit against News Laundry for copyright infringement and defamation and is claiming damages worth Rs. 2 Crores. It has also prayed before the Delhi High Court to direct the removal of 34 articles published in the official website and 65 videos in its YouTube channel and its related posts from all social media pages.

The issue between these two companies and the mark ‘Pe’ has been existing since 2018. PhonePe claims that the term ‘Pe’ is a distinctive part of their name and the usage of the same by BharatPe amounts to infringement of their mark. This issue has intensified after the introduction of the scheme ‘PostPe- Buy now Pay later’ by BharatPe which is objected by PhonePe stating that it has close resemblance with their name, therefore should not be allowed as it causes deception in the consumer’s minds. PhonePe approached the Bombay high court to protect their trade name but the Bombay high court stated that PhonePe cannot claim exclusivity over the ‘Pe’ as they don’t have a separate registration for it. PhonePe decided to withdraw the suit following which BharatPe has now filed a suit for scrapping of multiple registrations held by PhonePe over the ‘Pe’ device mark in the Devanagari script.

Copyright on idea or breach of confidentiality on idea- the former cannot exist: Bombay HC

In a case filed by a script writer against Saregama India claiming the latter used his original idea to make a Marathi film without his permission. He also claimed that his story was copied therefore an infringement of copyright has occurred. The film-makers stated that their film was made based on another writer’s script. Noting these contentions, the Bombay HC stated that an idea, in particular, cannot be the subject of a copyright infringement action but it may be the subject of breach of confidentiality.

Duplicate products and Copyright Infringement in a rising state in India

Four traders and a grocery store owner were booked under the Copyright Act for sale of duplicate accessories and products using the packaging of the respective companies. It is stated that the total worth of the misbranded products was found to be ₹70,442 and had duplicate HUL logos on it. The usage of false packages and copyright infringement of reputed brands have been on the rise in India recently.

Huawei had introduced a new product in the category of earphones bearing the name and mark “MatePod” which was opposed by the IPhone maker stating that the name of the product was similar to its products such as iPod, EarPods and AirPods. This opposition was placed before the China National Intellectual Property Administration (CNIPA) claiming that Huawei was maliciously trying to copy their product names and marks. The trademark authority stated that, Apple has failed to provide sufficient evidence that Huawei had copied/ infringed their products and marks and thus the trademark is granted to Huawei.

A report found that at least 273 companies in China had registered trademarks using Elon Musk’s English or Chinese version of his name. These marks were not industry specific and different products were trademarked using the name as the official mark. These marks included, Elon Musk printing services, Musk Parlor, Musk Textiles, etc.

The popular band was sued by Susan for infringement of her grandfather’s copyrighted image as part of his 20th century academic work on heraldry, which was printed in a T-shirt which was used in the band’s viral album. Bundy was officially suing the distribution of the T-shirt and image claimed to be infringed despite its initial release eight years before. The U.S. District Judge ruled to dismiss the case against Nirvana and Live Nation’s merchandise unit stating that the UK law likely has a stronger interest in this case.

The lyric site Genius had sued Google for pulling lyrics from its website for use in the information boxes that appear on the Google search engine when a song search takes place. Google stated that all the data that appears in the information boxes are received from its music partners. The issue here is that all the copyrights with respect to the lyrics in the site belonged to the respective music owners and not Genius, therefore a copyright infringement shall not be undertaken by Genius. Therefore it sued Google on the grounds of breach of Contract. The claim by google is that, this is a clear case of copyright infringement without a proper copyright holder and not breach of contract, based on the same the case was dismissed. Presently, the lyric site is reinstating the case against Google before the Second Circuit appeals court.

IPA Technologies claim that Amazon’s Alexa has used the voice assistant technology which is already protected by two other patents. It is also claimed that the usage of already patented technology by Amazon amount to infringement of their patent. Amazon argued that, the technology used in Alexa functions in a different manner when compared to the other patents, therefore not infringing the patents belonging to IPA Technologies. The US District Court also stated that Alexa’s technology for recognizing and responding to speech doesn’t function in the same way as the patented technology therefore does not amount to infringement. It is pertinent to note here that IPA has been recently suing various tech giants including Apple, Google and Microsoft for allegedly infringing its digital-assistant patents.

Solas OLED is a technology licensing company that has patents covering all aspects in relation to OLED Displays. In 2019, a suit was filed against Samsung for infringement of 2 of Solas’ patents. A federal jury verdict awarded the patents company a payout of about $77.7 million which was appealed by Samsung. Presently, the Texas court has also failed to overturn the payout judgment.

The Medicines Patent Pool (MPP) and Merck Sharp & Dohme, a pharma company have arrived at an agreement through which the intellectual property rights over a drug to treat mild to moderate forms of COVID infection are shared with interested sub-licensees in a transparent basis. This act has been welcomed by various national and international organizations including the UNAIDS as this is seen as an act that prioritizes humanity and human health over profit, being the first licensing agreement on a COVID tool to be established within a public health perspective.

During the 14th Five-Year Plan period, the country has released plans in relation to boosting Intellectual property rights- its protection, promotion and application. According to the plan, the country expects to see significant improvements in its IPR management capability by 2025. It was also stated that by the year of 2025, IPR would be a major source of economic and social development and revenue generation in the country. The plan included methods to be undertaken to promote more applications for protection and to smoothen the process of the protection. More importantly, the country has planned to let foreign patent agencies set up representative offices in China to promote the functioning of IPR internationally.

Locast, the provider of free streams of local broadcast TV feeds was sued by a number of media houses for copyright infringement. At the end of the legal battle, the Court ordered that Locast shall be shut down permanently. Presently, Locast has agreed to pay $32 million in statutory damages after agreeing to settle a copyright lawsuit.

The screenwriter of the iconic horror film “Friday the 13th”, Miller reclaimed the copyright in his screenplay from Manny, Inc. and its successor Horror Inc. The major issue here was that, did Miller write the script as a work made for hire or not, for which thirteen non-exhaustive factors were taken into consideration by the court. Based on the conclusions, Miller successfully reclaimed his copyright in the screenplay through his termination notices in the Second Circuit.