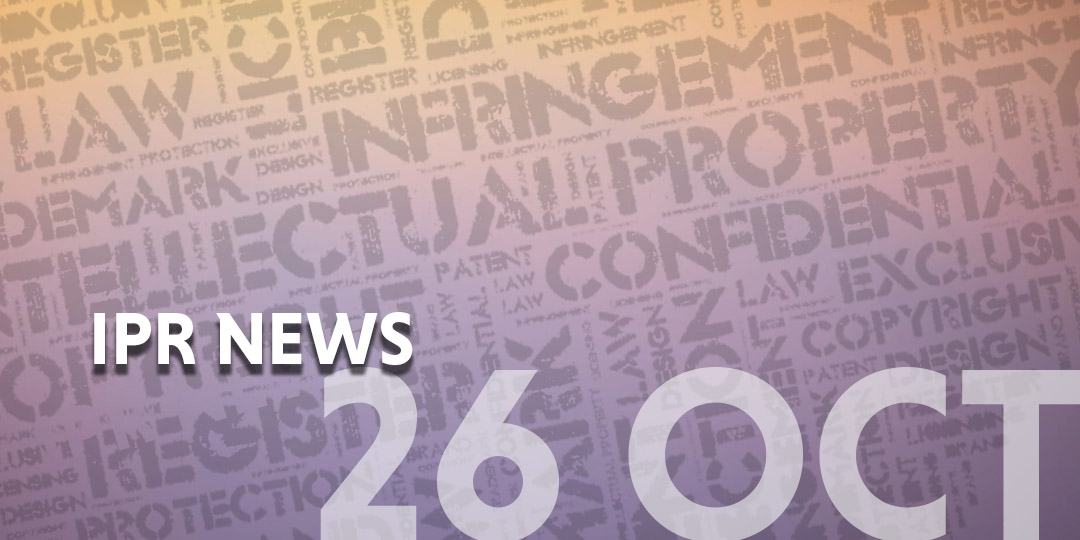 The Indian Internet Freedom Foundation made a representation to Google India with relation to the recent rising number of YouTube Channel blocks in the country and claims that one major reason for content takedowns is due to weaponization of Copyright legislations and rules of the country by large media houses targeting individual content creators and channels. It was also stated that YouTube being one of the most primary platform of development for such individuals and channels, such measures by large media houses infringes the fundamental right to free speech and expression and to carry on their profession under Article 19 of the Constitution of India and these measures also infringes their audience’s right to access information. The letter also requests YouTube to devise a thorough due diligence mechanism to deal with takedown requests, while securing democracy, press freedoms, and human rights.

A trademark infringement suit was filed against Silicon Valley Infomedia for which the Madras High Court recently ruled in favour of Matrimony.com. The plaintiff Matrimony.com told the Court that the defendant’s company www.siliconinfo.com was deceptively using the plaintiff’s trademark to redirect internet traffic to the defendant’s website. The court has granted relief to the Plaintiff and has allowed a permanent injunction restraining the defendant from using similar trademarks or domain name, or redirecting traffic to their website via Google. The defendant was also directed to also submit all materials with it that bore the plaintiff’s trademark. Also, since there was no substantial evidence citing that the defendant had gained profit using the plaintiff’s mark, no damages were awarded.

India and Pakistan being the only two countries that manufacture Basmati Rice to the world, Pakistan had opposed the application of India for a GI tag on Basmati Rice before the European Union. Recently, a trademark suit in relation to the mark of a Basmati Rice distribution was pronounced which mislead the Rice Exporters Association of Pakistan who claim that the Indian application for the GI Tag has been crushed. In reality, the case is yet to be decided and Indian sources state that the country is still in race for its recognition and rights.

The Entrepreneurship Development Centre and the Cancer Patients’ Rights Group have opposed the patent application of the US Company Merck for its drug, Molnupiravir which is claimed to be the first oral antiviral agent shown to reduce by 50 per cent Covid hospitalization or death. This opposition has been made citing that he drug lacks novelty and inventive feature as the application is at the pre- grant opposition stage.

Changes in International Trademark Classification to come into effect from 2022

The United States Patents and Trademark Office has announced that the amendments to the International Trademark Classifications (NICE Classifications) shall come into force from January 1, 2022. The amendments consist of additions and deletions from two class headings to further define the appropriate type of goods for those classes namely Class and 22 and 30.

The authorities have recently decided to relax its practices for trademarks featuring names of places. It is stated that an indication of source of a product, mentioned in the trademarks is no longer considered misleading if its correct use is possible. Therefore, under Article 2(c) of the Trademark Act of the country, it will no longer be a prerequisite to limit goods and services to their geographical origin for trademarks containing an indication of source.

The amendments in the country’s Designs Act, 2003 comes into effect from March 2022. The Designs Amendment (Advisory Council on Intellectual Property Response) Act 2021 has proposed certain amendments to the prior act to make the process involved in registering designs effective. Some important inclusions in the proposed act include one year grace period for designs which will protect designers who, through inadvertence or ignorance, publish their design before seeking protection and changes to timelines in relation to publications. According to the current act only registered owner of a registered design can commence infringement proceedings for infringement of the registered design but the new act introduces the right of an exclusive licensee to sue, similar to the right that is provided to an exclusive licensee of a patent under the Patents Act.

Vietnam has been in the race with India and Thailand as one of the three countries which export the highest amount of rice worldwide. The country’s Ministry of Agriculture and Rural Development has stated that the new trademark has been protected in 22 countries and has become a Generic Trademark in 19 countries. Presently the country has to grant the right to use the trademark to Vietnamese producers and exporters as the trademark may be revoked if it is not used by the owner for 3 – 5 years in accordance with regulations of the World Intellectual Property Organisation (WIPO) and Madrid System. This action has been undertaken to expand the market of the products belonging to the country prevent the faking of Vietnamese origin.

To retain complete rights of the Marvel Characters, Disney has filed a number of suits against the copyright termination notices served by the creators of the characters. This dispute took off due to the actions of the creators claiming rights over the characters through a copyright termination notice. The creators through such notice attempt to reclaim rights related to the Marvel characters they had a hand in creating, including Doctor Strange, Black Widow, Hawkeye, Captain Marvel, Falcon, Blade and the Wizard, all of these which have become a huge source of revenue generators for Disney by way of movies, television shows, gaming concepts and merchandise

Seven West Media requests before the Federal Court that a series of trademarks registered in Australia by the 7- Eleven brand would cause confusion among the public and deceive them. Therefore demands that the marks shall be removed or cancelled. The media house argues that it has a well-established local reputation and that use of the trademarks by 7-Eleven put it at a legal and practical disadvantage.

This lawsuit between Nicola and Tesla was first initiated by Nicola in the year 2018, accusing Tesla of infringing a number of designs and patents belonging to them. This case was presumed to be closed as neither Nikola nor Tesla responded to earlier orders. The recent judgment by the US Federal Court directs Nikola to continue its three-year-old $2 billion patent lawsuit against Tesla. It was also stated that the case against Tesla would be administratively closed but will not be dismissed.

The tech giant invents a next-gen multifaceted medical cuff for blood pressure measurement using sensors. In Apple’s patent background they note that a user may monitor one or more of their physiological parameters by attaching a monitoring device such as a blood pressure monitor to one of their limbs. This psychological monitoring device is a much expected invention in the market as the details in the patent application is yet another with deep descriptions and numerous patent figures and great detail that users and those in the medical field could explore.

A Switzerland-based company SQWIN SA claims that Samsung Pay infringes its patent on electronic payment system which is registered in Russia. Since the suit is in its appeal stage, the court listed the 61 Samsung models the company was prohibited from importing and selling in Russia.

Netflix’s Korean original series, “Squid Game” has been in the limelight since its telecast and is titled as the platform’s most loved show. The viewership numbers of the show are hitting records and Netflix plans to monetize this craze. Netflix has applied to protect the brand of this hit series in a way that would help it sell a wide range of merchandise worldwide. Netflix has listed a wide range of goods and services for which the trademark shall be utilized and once these applications are accepted, Netflix will obtain exclusive rights and protection in relation to the mark as well as the associated merchandise.

Patents to tackle plastic waste on the rise

Recent data in relation to patent filings have created the hope of promising innovations in relation to curb the effects of plastic waste all over the world. Especially US and Europe are presently on the run in the number of recycling-related and bio plastic technology patents. Also, the EPO has announced recently, that the global patent data (2010 to 2019) has about 60% applications related to plastic waste management thus creating hopes for prospective results in the field.