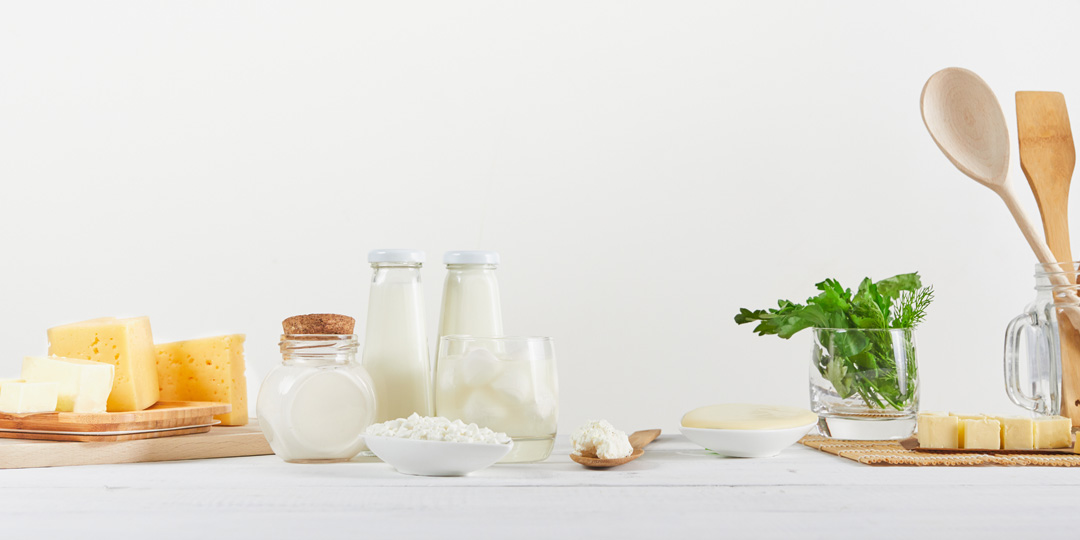 Nowadays, there has been a rise in cases of trademark and copyright infringements. The unauthorized use of a trademark/copyright or service mark on or concerning products and/or services in a way that is likely to mislead, deceive, or mistake about the origin of the products and/or services is referred to as trademark infringement. A plaintiff must prove in court that it owns a valid mark, that it has priority (its rights in the mark(s) are before the defendant’s), and that the defendant’s mark is likely to confuse consumers about the origin of the products or services offered under the parties’ marks. In this article, we will study about the history of Amul, the case won before the Federal Court of Canada and the provisions governing trademark infringement. We will now have a look on the basic and brief introduction about AMUL.

Kaira is the first dairy cooperative based at Anand in the Indian state of Gujarat. It is a cooperative brand managed by a cooperative body, the Gujarat Co-operative Milk Marketing Federation Ltd. (GCMMF) established in India in 1946, is in the business of the manufacturing and marketing of milk products, with 3.2 million producer members with a milk collection average of 14.85 million litres per day. AMUL is the world’s largest vegetarian cheese brand and the world’s largest pouched milk brand. AMUL is India’s largest food brand and a “well-known trademark” in India. The IPAB has emphasised AMUL as a well-known trademark in the year of 2011 in a case OA/56/2011/TM/KOL.

AMUL is a coined term. It comes from the first letters of Kaira’s earlier name (Anand Milk Union Limited) and also from the Sanskrit word “Amulya” which means “priceless and precious”. It has been continuously used since 1955 and is widely known in India. It has also been extensively advertised in India and abroad for over 60 years in magazines, newspapers, radio and television, and now, the Internet, through their own website as well as online through Google and YouTube.

It owns all corresponding common-law and statutory rights to the above marks. It also has two websites, www.amul.com and www.amuldairy.com, prominently displaying their trademarks and products. The trademarks and associated products of AMUL have become well known in India and throughout the world.

Amul is an Indian dairy cooperative, based in Anand that is situated in the state of Gujarat, India. Formed in 1950, it is a brand managed by a cooperative body, the Gujarat Co-operative Milk Marketing Federation Ltd. (GCMMF), which today is jointly owned by 3.6 million milk producers in Gujarat. Its consistent adherence to quality, customer focus, and dependability, GCMMF has received numerous awards and accolades over the years. Of all its products, Amul butter is looking for expansion in Canada now.

The Plaintiffs have never licensed nor provided consent for either Amul Canada or any of the four individual Defendants to use the Plaintiffs’ trademarks and copyrights in any manner. Despite the efforts outlined above, they have not managed to ever receive a response, electronically or otherwise, from the Defendants.

(i) Procedurally, the Plaintiffs have properly brought this Motion, and

(ii) Substantively, whether they have proved that a Default Judgment should issue, and their relief sought should be granted.

A. Motion for Default Judgment

The Defendants have not responded to any communication, and had no presence at the address listed in their LinkedIn pages advertising “Amul Canada”.

It was noted that the Plaintiffs were unable to physically locate the Defendants who had been “evading service and failing to acknowledge receipt of the statement of claim”. No acknowledgement has been received to either the Order, or any subsequent communication including from the Court or the Plaintiffs regarding the steps pursuant to a Notice of Status Review issued by the Court. This included a lack of response to the Plaintiffs’ Written Submissions in response to the Status Review. By failing to respond to this action in any manner, including prior Court directives, the payment of Costs issued against the Defendants, jointly and severally, and/or responding to service and subsequent communications in these proceedings at their social media pages, it is proved that the Defendants have engaged in evasive conduct since the start of these proceedings.

It started with the Defendants’ failure to respond to a cease and desist letter sent to the Corporate Defendant before the Plaintiffs filed this action, and has continued through an absence of any attempt to deny the claims of trademark and copyright infringement, whether through the filing of a statement of defence, a request for extension of time, a response to the status update filings, or any other communication with the Plaintiffs or Court.

Having exhausted all reasonable attempts to have the Defendants cease and desist their conduct both prior to and through the commencement of these proceedings, the Plaintiffs have every right to bring this Motion for Default Judgment under Rule 210 in the ex parte manner that they have, and indeed have little choice to do otherwise, to stop what is by any objective standard a blatant abuse of their intellectual property.

B. Default Judgment should issue, and their relief sought should be granted

Clearly, under the first consideration, the Defendants have failed to file a Statement of Defence, or anything else, in response to these proceedings, and thus meet the first ground of the requirement for Default Judgment.

As for the breaches alleged under the second consideration, as will be explained with respect to the provisions infringed, the Defendants conduct exceeds the usual case of confusion caused by slight alterations of the mark, similar description of copyrighted material, or modification of a design. Rather, they are using, without any colour of right, an exact duplicate of the Plaintiffs’ mark, and an exact copy of their copyrighted material.

Passing Off under section 7(b) of the Trademarks Act

The common law action for passing off has been statutorily codified in section 7(b) of the Trademarks Act, RSC 1985, T-13 [Trademarks Act]. The elements for establishing passing off are: (i) the existence of goodwill; (ii) the deception of the public due to misrepresentations; (iii) actual or potential damages to the plaintiff.

Here, each of the three elements is met. First, “the claimant must establish goodwill in respect of the distinctiveness of the product”. The Plaintiffs have clearly developed goodwill in their brand, design, and company names. Not only has the Amul brand existed for well over 50 years and is advertised globally through online and other channels – and thus acquired distinctiveness over time.

There is no indication of innocent misrepresentation in this case. Quite the opposite, the Defendants have engaged in intentional misconduct and deliberate deceitful conduct. The Defendants have directed public attention to its business in such a way as to cause confusion in Canada between the goods and business of the Defendants, and those of the Plaintiffs.

Finally, damage cannot be presumed. There must be some evidence of “proof of actual damage or the likelihood of damage”. However, the form of damage is unrestricted and the authorities are clear that a trademark owner can suffer damage from a loss of control over its mark. The resulting harm to the trademark owner’s goodwill and reputation arising from the respondent’s conduct is sufficient to meet the third element of the test for passing off. There are clearly potential damages that could have related, whether through sales, marketing, distribution, and/or recruiting employees, through the unauthorized guise of Amul Canada.

In reproducing the copyrighted Amul design and corporate information, the Defendants had copied not only the mark, but also the Plaintiffs’ literature as prominently displayed on their websites (www.amul.com and www.amuldairy.com). The image and wording used was not simply strikingly similar, as had been found to establish copyright infringement in many other cases. Here, the image and wording used was an exact copy of that owned by the Plaintiffs. Hence, it was held that the Defendants had reproduced the Plaintiffs’ copyrighted material without their consent and infringed the Plaintiffs’ rights to exclusive use of its copyright contrary to Section 27 of the Copyright Act.

In the verdict, the Federal Court stated that the defendants had infringed the Trademark and copyright of Amul. The Bench held that,

“The Defendants’ conduct had exceeded the usual case of confusion caused by slight alterations of the mark, similar description of copyrighted material, or modification of a design, rather, they were using, without any colour of right, an exact duplicate of the Plaintiffs’ mark, and an exact copy of their copyrighted material.”

The Court further issued the order of

To permanently enjoin from infringing the trademark and copyright of the Plaintiffs, and directing public attention to the Defendants’ goods, or business in such a way as to cause or be likely to cause confusion in Canada.

To transfer to the Plaintiffs within thirty (30) days, ownership and all rights access, administration, and control for and over the LinkedIn pages/accounts used by them, together with any other LinkedIn pages/accounts, domain names and social media pages registered to or controlled by the Defendants displaying the Plaintiffs’ trademark or copyright.

To provide a listing and contact information for all entities that contacted the Defendants about the Defendants’ business through the LinkedIn pages.

Looking back at the path traversed by AMUL, by long-standing in the market, high-quality products/services, and tremendous demand in the market, considerable promotional activities, and affable relations with the trade people and consumers, Plaintiff’s mark has become a household name and is well-reputed and well-known among the consumers. Even though growing with time and on scale, it has remained with the smallest producer members. AMUL is an example par excellence, of an intervention for rural change.

In an Intellectual Property battle the Bench of Alan S. Diner, Justice, had granted major win to India’s giant dairy producer, Kaira District Co-operative Milk Producers’ Union Ltd. (Kaira), i.e. AMUL Dairy and Gujarat Cooperative Milk Marketing Federation Ltd. This would be the first case that Amul had filed and won a case against any company on foreign soil. This case has set a good precedent for trademark violation cases overseas. It must be mentioned that Amul’s marketing arm, Gujarat Co-operative Milk Marketing Federation (GCMMF) has been supplying Amul products to the US for the past 22 years. It has also been exporting dairy snacks, ice cream, and Amul Kool to Canada for the past 2 years. Amul is the 8th largest milk producer in the world, with an annual turnover of ₹40K crores.