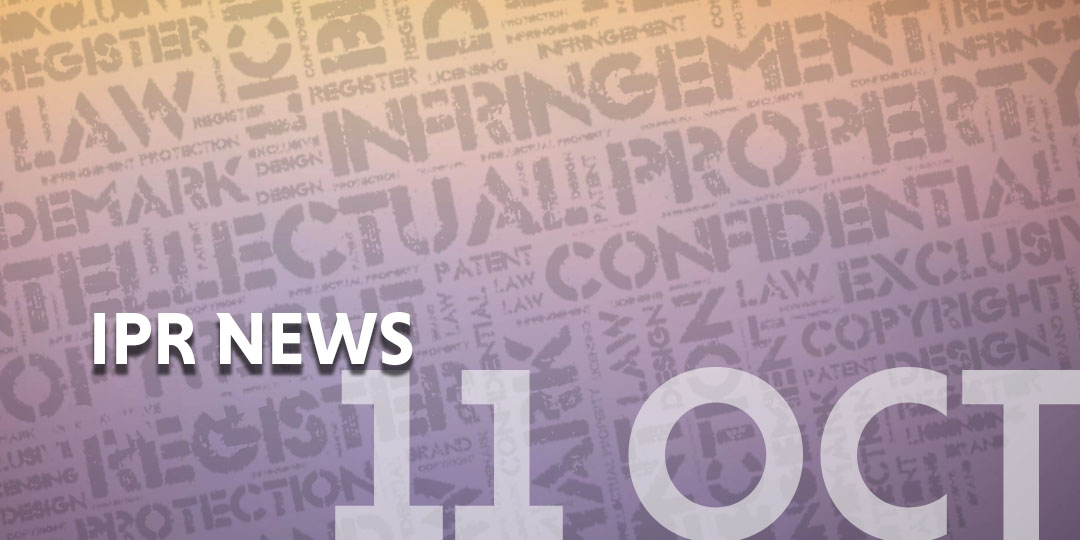 Patent (Amendment) Rules, 2021 notified and has come into force

The Patent (Amendment) Rules, 2021 has been notified by the Department for Promotion of Industry and Internal Trade and has come into effect from 21 September, 2021. “Educational Institutions” have been inserted as a category of applicants under Rule 2 (ca). This amendment paves way to a benefit of 80% reduced fee for patent filing and prosecution for such applying educational institutions. This benefit was earlier available to educational institutions which were recognized and owned by the government only.

Back in 2016, Dr. Seuss Enterprises filed a complaint in the California federal court alleging ComicMix of violating the IP created by Dr. Seuss. Primarily, the District Court ruled in favour of ComicMix which was later reversed by the U.S. Circuit Court of Appeals. After five long years of legal battle the case ends in a settlement between the parties considering the condition of cancer and ill health of the illustrator of the comic Mr. Ty Templeton.

Peugeot Motorcycles have been banned from selling the three- wheeled vehicle in France and Italy and is also slapped with damages to be paid which estimates to about 12 Crore Indian Rupees and also faces multiple restrictions relating to production, marketing and advertising within the territories of France and Italy.

This trademark infringement case was filed by Dr. Reddy’s against West-Coast Pharma for manufacture, sales and advertisement of the medicine “OMES” which was similar to their product “OMEZ”, both used for the treatment of the same condition. According to the order of the Delhi High Court, West-Coast Pharma has agreed and given an undertaking that it will not get involved in any act amounting to the infringement of the said mark. However, West-Coast Pharmaceuticals have been directed to deposit a cost of Rs. 11,000 favouring the Prime Minister’s National Relief Fund and according to the order, Dr. Reddy’s is entitled to complete refund of the court fee deposited.

India has ranked 46th in the Global Innovation Index, 2021 by the World Intellectual Property Organization. Minister Som Parkash stated that the government has an ambitious target of the country being ranked at the top 25 nations of GII and has insisted that the industry has to work in a mission mode and cooperate with the government to achieve the same.

The Swedish Telecom biggie is filing a suit against Apple at the Texas District Court seeking it to clear its proposed 5G patent licensing rates also accusing the company of using improper methods to bring down the royalty rates that has to be paid by Apple. The company alleges that Apple does not declare Ericsson FRAND (Fair, Reasonable and Non- Discriminatory) demanding them to adhere to “Apple’s self-declared methodology”.

In 2020, countries such as India and South Africa proposed to waive off IP rights in relation to the vaccines considering the pandemic situation temporarily. This act required suspending certain provisions of the TRIPS, but this proposal did not make any progress due no cooperation from the part of economically wealthy nations and the World Trade Organization (WTO) plans to conduct its next global body meeting during Nov-Dec 2021.  If there should be any progress regarding the IP waiver, it shall be expected post the global body meeting.

This global giant developing innovative fiber and technology solutions in the personal care industry announced its success in the recent Patents and Trademark cases. The company had initiated IP infringement proceedings against third parties in China. These proceedings were in relation to the patents and trademarks for the denims manufactured and sold by the company. The Chinese National Intellectual Property Administration (CNIPA) has granted the decision in support of the company’s patents and trademarks.

Back in January, 2021, the proposal of creating a new venue for copyright owners to enforce their rights without having to file an action in federal court was initiated and was termed the “Copyright Claims Board”. These presently proposed rules are in relation to the establishment and the functioning of the initial stages of proceedings before the CCB.

Dr. Stephen Thaler and Prof. Ryan Abbott (University of Surrey Law) together created an AI Robot which was designed to invent. The AI had invented an innovative beverage holder and a flashing light device which were later applied for patents by the creators of the robot, naming it as the inventor. The countries Australia and South Africa both ruled in favor officially labeling the AI as the inventor. Both UK and Europe had rejected the patent stating that AI’s cannot be considered as person. As far as the US is concerned, the USPTO rejected the patent in 2020 and presently, this rejection is upheld by the US District court. It was further stated that, the invention was unique and the patent could have been approved if a person was named as its inventor.

JPMorgan to allow others to use its IP’s, hopes of promoting transition to low-carbon technology

A joint pledge was taken by a number of tech giants of the world including Microsoft, Facebook, Hewlett Packard Enterprise Co. etc. to promote low carbon technology back in 2020. As a part of the same, JPM has announced that the company shall make its IP available to anyone using low carbon technology. The company has major data centers and also holds several key patents in relation to the efficient usage and ventilation of these data centers.

Sterlite Technologies Ltd. fights IP theft claim – Contends that the rival’s Patent has to be revoked

The Indian company denies the IP theft claim that has been charged by an Italian cable system giant Prysmian SpA. The company states that the alleged product does not violate any IP rights of the complainant and that the products of the Italian company lack novelty and urges that the Patents of the same needs to be revoked.