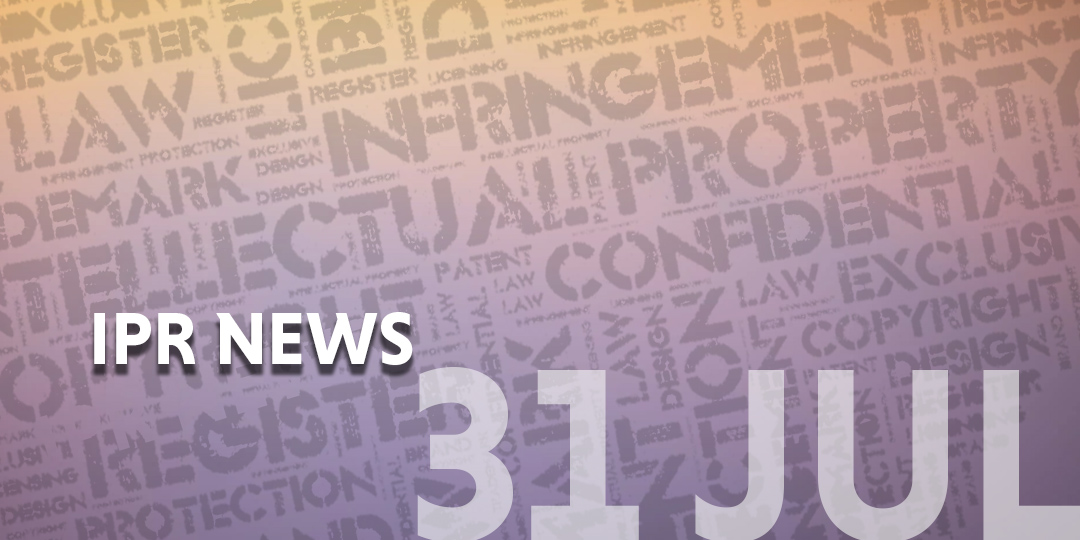 The Plaintiff, Siddhant Icecreams LLP & Kamath Ourtimes Icecreams Pvt. Ltd. sued a Gujarat-based company and another for infringing the use of the term “Natural Ice Cream”. The Plaintiff is seeking damage and compensation of nearly 150 crore for infringement of its registered trademark that has been in widespread popular use since 1984. The Defendant also alleges long-standing yet subsequent use of its impugned trademark since 1992 and opposes the claims of the Plaintiff. The Bombay High Court held that Plaintiffs have a prima facie case and balance of convenience in their favour and against the Defendants, where the 2nd Defendant has no independent right to use the ‘Natural’ mark. Thus, an interim relief was granted restraining Defendants from using and infringing the impugned marks.

In the case of ITC Limited Vs. Mauriya Hotel (Madras) Pvt. Ltd., the Madras High Court (MHC) allowed the Plaintiff to add a relief of trademark infringement to a passing off suit based on subsequent registration obtained by the Plaintiff. The MHC encouraged this in order to avoid multiple suits.

In April 2021, the President had promulgated the Tribunal Reforms (Rationalization and Conditions of Service) Ordinance 2021. Under which, IPAB’s powers in respect of all pending matters as well as fresh patents, trademarks, GI and Plant Varieties matters were transferred to High Courts and Copyright matters were transferred to Commercial Courts. A two member committee consisting of Justice Prathiba M. Singh and Justice Sanjeev Narula had been constituted by Justice DN Patel, and based on the committees recommendations, the Delhi High Court recently issued a press release stating that it will create an ‘Intellectual Property Division’ or also known as ‘IPD’ in the Delhi High Court. The judges who have been nominated for the IPD are Justice Suresh Kumar Kait, Justice Jayant Nath, Justice Anu Malhotra, Justice C. Hari Shankar and Justice Sanjeev Narula.

On July 30th, 2021 the German Federal Court has ruled that the Swiss Chocolatier Lindt & Sprüngli can trademark the gold foil wrapping of its chocolate bunnies.

From seeking trademark registrations of the name ‘The Slants’ to the mark ‘FUCT’ (2017 – 2019 and counting), the USPTO, Companies and other stakeholders are redefining the meaning of offensive trademarks. USPTO recognizes the following as offensive trademarks; immoral, deceptive, scandalous and those which disparage a certain group of people, however, they are henceforth to be interpreted bearing in mind the dynamic changes taking place globally.

French cosmetics company ‘Guerlain’ has convinced the EU General Court to over turn a ruling that denied the registration of a three-dimensional trademark for a lipstick.

Plaintiffs owned and operated the domain name www.tatacliq.com to facilitate e-commerce business transactions of its products. On the other hand, the Defendant was the owner of the domain name www.tatacliqsmart.com which is identical with the plaintiffs’ domain name and website. The Defendant was further selling products of the Plaintiff’s company at throw away prices vide the infringing website which amounted to infringement of the Plaintiff’s registered trademarks and copyright. The court attempted to open the Defendant’s website and found that it was non-functional/ shut down after the said suit had been filed by the Plaintiffs. The Plaintiffs had produced screenshots and images of the impugned website that proved that, the Defendants were engaged in online sale of several products, which furthermore raised serious concerns relating to counterfeit goods. Therefore, the Delhi High Court opined that, the Plaintiffs have made out a case to grant interim injunction to restrain the Defendant.

On December 31, 2020 the Brexit transition came to an end and significant changes to the law in UK are taking effect. The changes broadly cover the EU trademark applications to be merged with UK rights whose further course is contingent upon the status and stage of each application as on the transition date. The newly proposed practice line for oppositions, infringement, etc. are in place on paper but the ground reality challenges will soon be encountered subjected to probable harmonization of laws to give effect to ease of practice.

Key points of the meeting:

Engage faculty from renowned institutions on part time basis to assist with examination;

Hearings through video conferencing; E-mail as a mode of service.

Special provision made for Start-ups & MSMEs;

Atumobile, a Hyderabad based Electric Vehicle manufacturer, has received a design registration in respect of its e-bike “Atum 1.0” for its unique design which accords the rider a sportier riding posture. The design is particularly in respect of the shape of the tank and its body structure.

Mr. John Abraham’s doctoral research at the Namakkal Veterinary College under Tamil Nadu Veterinary & Animal Sciences University on producing biodiesel from the slaughter waste of broiler chicken and dead poultry birds has been granted patent protection. The inventor’s reason for choosing chicken waste for production of biodiesel was because their single stomach offers higher fat saturation to render oil at room temperature.

Tesla granted 3 design patents for the Model Y, Roadster, and the Cybertruck in US

Tesla has been granted 3 design patents the past week in the US, however, the design patent of considerable interest is in respect of its electric pickup truck, the Cybertruck. The Cybertruck design patent lists references as old as 40 years, such as a design by Vito J. Carabetta from 1979. However, the interesting part is that there is little evidence that any of the referenced designs ever went into production.

A suit between M/S Praba’S V Care Health Clinic vs. M/S I-Care Aesthetic Clinic was filed by the Plaintiff to protect its vested rights over its prior used and registered mark “V CARE” adopted with respect to services relating to health care; hair growth treatments; hair care treatments, among others. A former employee of the Plaintiff, the present Defendant, commenced business in the field of cosmetic service under the impugned mark “I CARE” which was allegedly strikingly identical/similar to the Plaintiff’s mark. The Madras High Court observed that, the illegitimate adoption of the impugned mark “I CARE” by an ex-employee of the Plaintiff is sufficient cause to demonstrate the mala fide intent of the Defendant. However, the Court further compared the rival marks to identify, if the “essential features that forms the essence of the trademark” is copied by the infringer. The Court answered this question in the negative and held that that only thing common between the two marks was the term ‘CARE’, thus, dismissed the suit accordingly.

Iceberg Walnut Foods (I) Pvt. Ltd., the Plaintiff herein sued Iceberg Icecreams, the Defendant, for using its proprietary mark “ICEBERG” with respect to ice creams. The Plaintiff is the registered proprietor of trademark “ICEBERG” under Class 30 and 32, and the same are valid and subsisting on the records. The Madras High Court finds out that, the impugned mark is registered under Class 35 in the name of M/s. Anjani Diary Foods Private Limited and not in the name of the Defendant as listed in the cause title. Nevertheless, the Plaintiff has failed to amend the cause title and proceed against the proper party. Consequently, the Court has dismissed the suit for proceeding against a wrong person, with liberty given to the Plaintiff to file a fresh suit in the name of the registered proprietor of the infringing mark under Class 35.