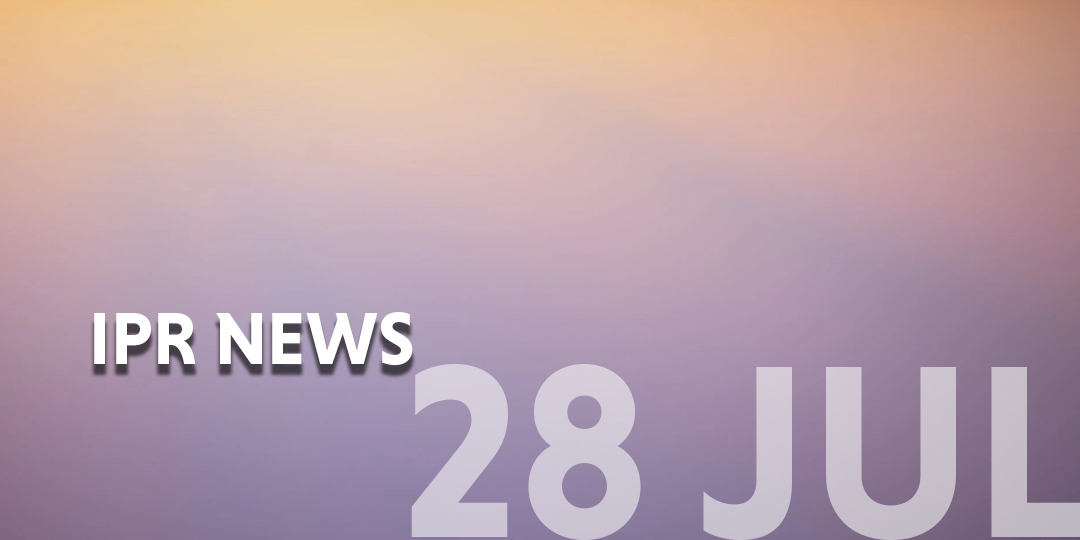 The Court of Justice of the European Union (CJEU) has settled the long pending dispute between Pirelli & Yokohama as regards the validity of Pirelli’s tyre groove trade mark registered in Class 12 in respect of tyre products & related accessories. CJEU has affirmed the validity of the said trade mark based on the fact that the trade mark is in respect of a single groove which, by itself, is not capable of producing any technical result.

The parliamentary committee has recommended re-establishment of the IPAB as it plays a key role in adjudicating IPR appeals and revocations/ rectifications. The basis for the panel’s recommendation is that there should be a specialised tribunal to adjudicate complex IPR issues and commercial courts & high courts alone would not suffice in dealing with the volume of cases.

Plexxikon wins a patent infringement suit against Novartis in California federal court and has been awarded $178 million in damages. Novartis was sued for infringing two patents related to its melanoma drug Zelboraf. While Novartis argued that the patents were invalid, it did not present any evidence towards invalidating the patents, therefore eventually losing the battle.

AMUL Canada created a fake profile on LinkedIn to deceitfully suggest nexus with AMUL India to escalate sales of its products by adopting strikingly similar trade marks owned by AMUL India. AMUL India levelled issues for infringement of trade mark, copyright and design. The Federal Court of Ontario held that AMUL India has clearly satisfied all elements of the passing off test, and that AMUL Canada’s conduct had exceeded the usual case of confusion, thereby permanently restraining AMUL Canada from infringing trade marks and copyright of ‘AMUL’ and ‘AMUL – The Taste of India’ along with payment of damages totalling to $17,733.

General Motors Co. (GM) has filed a law suit against Ford for using the mark ‘BlueCruise’ for its driver assist system. Ford hit back proclaiming GM’s claims to be ‘meritless and frivolous’ as car drivers already understand ‘cruise control’. Ford has also listed out other companies using the term ‘Cruise’ for branding – Bendix’s SmartCruise, Hyundai Smart Cruise Control, BMW’s Active Cruise Control. GM has questioned and challenged the motives of Ford for adopting ‘BlueCruise’ when GM has already been using the marks ‘Cruise’ and ‘Super Cruise’ since 2017.

Red bull has secured a dominant position in the energy drinks, bottled water and other non alcoholic beverages market, thereby accruing substantial goodwill and immense reputation. Red Bull has further been recorded as a ‘well known mark’. While this being so, Bakewell Biscuits adopted ‘Red Horse – Blue/Silver Trapezoid (label)’ with respect to energy candy that was alleged to be deceptively similar to Red Bull’s registered well known trade mark. The Delhi High Court has ruled that Red Bull has established a prima facie case and has proved that the balance of inconvenience lies in its favour.

The Delhi High Court, while dismissing an appeal filed by AstraZeneca in respect of restraining the generic versions of its anti-diabetes drug Dapagliflozin and imposing a fine of INR 5 lakhs on AstraZeneca for there being no merits in the appeal, stated that “with respect to one invention, there can be only one patent.” The judgement has re-affirmed India’s stance on ever-greening of patents.