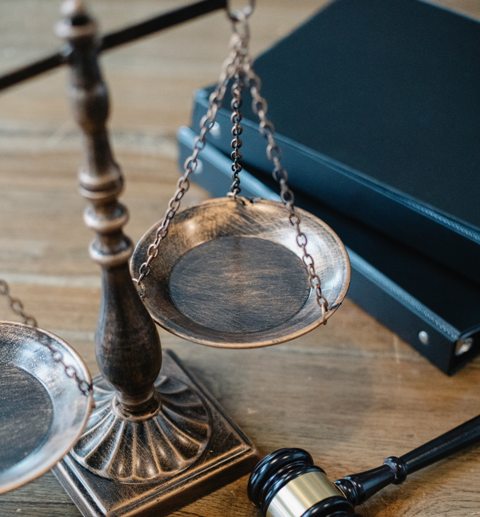 Arbitrability of disputes, in a jurisprudential context has been affirmed in the precedents provided by the Supreme Court and High Court of much judicature. The present case reported on March 2nd, 2021 sets forth the arbitrability of disputes pertaining to Intellectual Property (hereinafter ‘IP’) that are within the scope of contractual obligations.

DEVELOPMENT OF ARBITRABILITY OF IP DISPUTES IN INDIA: A JURISPRUDENTIAL OVERVIEW:

The jurisprudence underlying the arbitrability of IP disputes in India have been demarcated based on two schools of thought. One is based on the prevalence of section 2(3) of the Arbitration and Conciliation Act, 1996, wherein it is mentioned that matters arising out of the statutory right enshrined cannot be arbitrated, unless it stems out of the rights given in personam. In the Ayyaswamy[2] Case, the Supreme Court affirmed that matters pertaining to Trademark, Patents and Copyrights cannot be arbitrated as a matter of statutory rights conferred. In addition to this the distinction between the right in rem and right in personam must be descriptively delineated to apply principles laid out in landmark precedents namely Booz Allen and Hamilton[3], Sukanya Holdings[4] and VidyaDrolia[5].

In Ayyasamy the court laid down a determinative test (although not authoritative due to the test being laid under the obiter dictum),

“…(1) Does this plea permeate the entire contract and above all, the agreement of arbitration, rendering it void, or

In the aforementioned case, the Supreme Court held that the case by nature does not permeate in the public sphere and hence can be subject to arbitration. These ‘simple allegations’ as described in the judgement can be applied to compare the developments that took place in the Hero Electrics case (impugned case analysed).

In addition, the EROS[6] and Euros Kids case has also changed the course of Indian stance of arbitrability of IP disputes as opposed to the contentions laid down in Ayyasamy,  SAIL[7] and the Mundipharma[8] cases.

The Delhi and the Bombay High Courts, in the cases of Mundipharma and SAIL respectively, declined and refuted the arbitrability of the copyright and trademark infringement respectively, by asserting that rights arising in rem (in other parlance, definite statutory remedies arising out of the right) is reserved in the civil courts.

In the Eros case, the court held that it would be broad and impractical and against commercial sensibilities to hold that IP disputes are inarbitrable. Furthermore, the court also laid down that IP disputes arising purely out of contracts are arbitrable because the actions are in personam. Hence, the first test of arbitrability (as held in Booze Allen) applied in the present context. With regard to the second test, the EROS Judgement refuted the holding and held that ‘nowhere it is provided that the Court is an exclusive forum and thus arbitration should be allowed.’ The second test in principle prevails through the underlying public policy objective of keeping disputes out of courts.

In brief, disputes pertaining to terms provided under the scope of license agreements would be arbitrable (namely with regard to royalty, geographical area, marketing)

The dispute involved a Family Settlement Agreement (FSA) that divided the Family into four groups (The Manjul family business was divided) namely F1, F2, F3 and F4 which expressly provided for disputes pertaining to the Company to be subject to arbitration. The Family groups also entered into a Trademark and Name Agreement (TMNA) granting exclusive rights to F1 (the plaintiffs in the case) over the Trademark of “Hero” and “Hero Electrics”. The defendants, i.e., F4 group used the Trademark “Hero” for electric bikes having a throttle.

The plaintiffs thereafter filed a suit by invoking sections 28 and 29 of the Trademark Act, 1999 seeking remedies for infringement of trademark. The defendants sought for the case to be transferred for arbitration through section 8 of the Arbitration and Conciliation Act, 1996. The plaintiff contested the aforesaid agreement by stating that the court must determine the case as a matter of ergaomnes and the right in rem. However, the court held that the case involves the question of assignment of trademark transferred via FSA and TMNA which devolved rights as matter of personal interests (in personam) and does not involve a case pertaining to in rem or contentions against any other party than the defendants. The court also accepted the fact that the test of arbitrability does not involve the delineation of subject-matter and cause of action as held in Sukanya Holdings.

The court thereafter affirmed the arbitrability and held that the matter in dispute could be dealt with the family groups without delineating proceedings in the long course of events.

The court holding in this case fulfills the public policy objective of arbitration law, i.e. to create more opportunities for out-of-court settlements. The obiter dicta in Ayyasamy is met wherein the present case involved the dispute in partnership which does not affect the consumer interests in anyway. In fact, the judgement cited that the arbitral tribunal in one of its recent proceedings allowed the defendants to show the electric cycles in exhibitions, by restricting sale. This does not affect the public interests or consumer interests. The free market tenetsthat provides for differentiation in choice of goods is still maintained. In addition to this the court was right in holding that the case in question primarily dealt with assignment of Trademark in Personam and not in rem which means that the e-cycles fall within the same parent trade name (Company ‘Hero’ through the demarcation of Hero Exports). This case, in my opinion has reaffirmed the ethos of the EROS Judgement, thus creating a set precedent to determine arbitrability of IP disputes.