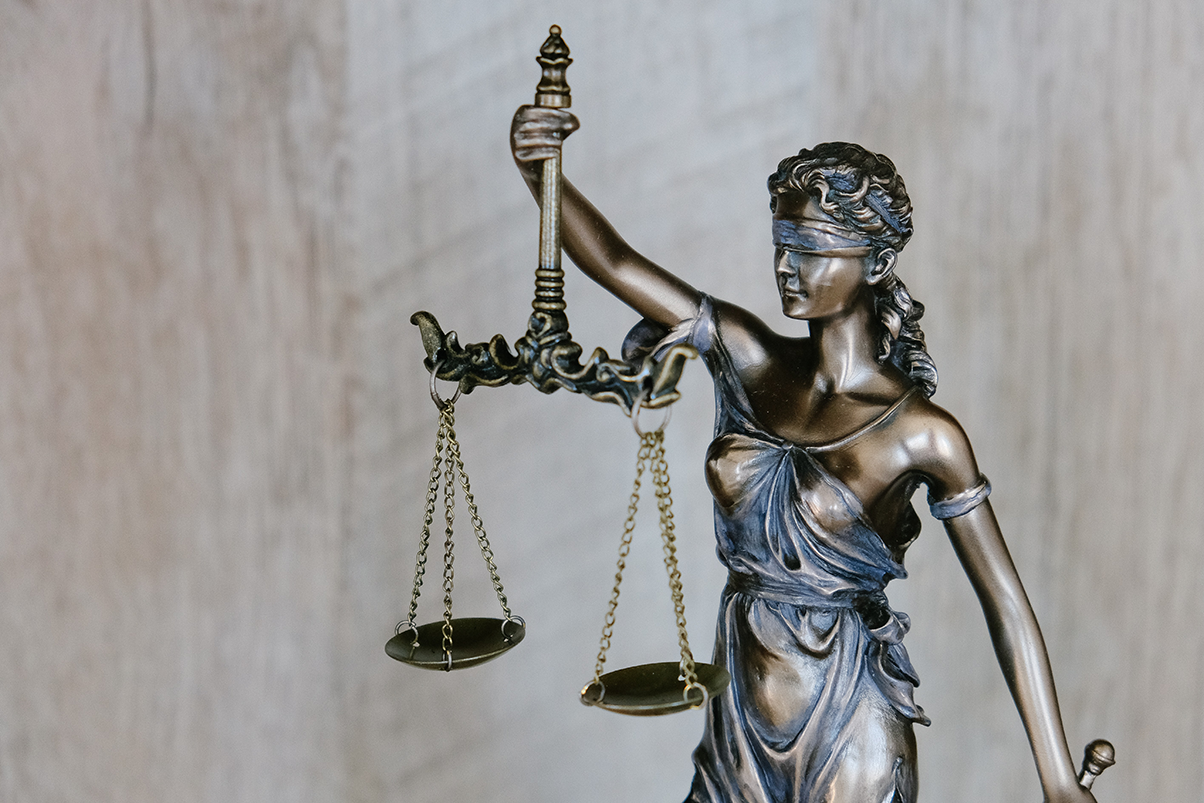 Andhra Pradesh Chief Minister YS Jaganmohan Reddy takes the judiciary head on, saying it was obstructing his functioning at the behest of his predecessor, who was operating levers with the help of a sitting Supreme Court judge.

Insinuations, and even allegations of corruption in the higher echelons of the judiciary are always talked about in hushed tones. The common man still retains faith and trust in this pillar of democracy.

The legal fraternity, though, has a better understanding of its functioning at different levels and is not unaware of the malice of corruption that has crept into the justice delivery system. The judiciary too seems to have kept pace with other pillars of democracy.

For the first time in India, a sitting High Court judge Honourable Justice CS Karnan was sentenced to six months in prison for making allegations of corruption against Supreme Court judges in May 2017, after an SC panel held him guilty of contempt of the court. In a more recent instance of December last year, the Central Bureau of Investigations (CBI) made direct allegations of corruption against a sitting judge of the Lucknow bench of the Allahabad High Court when it booked Honourable Justice Narain Shukla for receiving illegal gratification for allegedly favouring a medical college in a case. The CBI also named IM Quddusi, a retired judge of the Chhattisgarh High Court, and others in the case.

Instances of corruption and bribery in the lower rungs of judiciary keep getting reported regularly from across the country that only add to an overall negative narrative against the judiciary. For example, in April 2018, three judges of lower courts in Telangana were arrested for possessing assets disproportionate to their known sources of income. Similarly, in Gujarat, two judges of the lower judiciary were arrested for allegedly taking money to settle cases during their posting at Vapi court in 2014. In January 2018, four sitting Supreme Court judges held a news conference to highlight alleged rot that they claimed had set in the judiciary.

Ten years ago, Justices MarkandeyKatju and GyanSudhaMisra expressed distress over rampant nepotism and corruption in the High Court by saying, “Something is rotten in the Allahabad High Court”. (https://timesofindia.indiatimes.com/india/Something-rotten-in-Allahabad-HC-Supreme-Court/articleshow/6996746.cms). In 2010, a former Law Minister declared that eight of sixteen former Chief Justices of India (CJI) were corrupt, and in 2014 a former Supreme Court judge alleged that three former CJIs made “improper compromises” to let a corrupt High Court judge continue in office. (https://globalanticorruptionblog.com/2016/02/12/the-indian-judiciary-on-trial-tackling-corruption-in-indias-courts/). On 14 August, 2020, a three-judge bench of the Supreme Court, headed by the judge Arun Mishra, held the advocate Prashant Bhushan guilty of contempt of court for two tweets he had posted in June with references to the incumbent and previous chief justices of India. (https://caravanmagazine.in/excerpt/prashant-bhushan-and-allegations-against-chief-justices)

Just like any evolving nation, India’s judicial system does have many legal loopholes that hide the corrupt nature of the protectors of the law. One of the major loopholes is that there is no provision in the constitution to register a case against a judge accused of corruption without the permission of the CJI. Since it is not feasible for a poor man to go visit the CJI and then register the FIR. The judges are hardly questioned about nature of justice as he or she does what they deem fit as per their legal knowledge and convenience. (https://www.inventiva.co.in/trends/inventiva/if-indian-judiciary-leaves-corruption-india-might-become-heaven-in-just-180-days/)https://www.inventiva.co.in/trends/inventiva/if-indian-judiciary-leaves-corruption-india-might-become-heaven-in-just-180-days/.

The legal fraternity is quite used to talk of corruption in judicial circles. But even the fraternity was not ready for serious corruption charges against one of the senior-most Supreme Court judges and the next in line to become the Chief Justice of India, Honourable Justice NV Ramana. For, the charges came from another Constitutional functionary, Chief Minister of Andhra Pradesh, YS Jaganmohan Reddy.

Its implications for the judiciary and body politic have begun to loom large.

The jury is still out on whether the Andhra Pradesh Chief Minister was justified in making public his letter to the Chief Justice of India, Honourable Justice S A Bobde – detailing serious allegations of corruption against Honourable Justice Ramana and his alleged interference in the judicial process at the behest of N Chandrababu Naidu. A section of the legal fraternity believes that Jaganmohan Reddy could have been discreet about his letter instead of making it public and turning it into his government-versus-judiciary battle.

But then, argues a section of the legal fraternity and anti-corruption crusaders, a secret complaint could have been brushed under the carpet. It is no longer possible now, and the job of the CJI has become that much tougher. He has to be seen to be doing justice, to Jaganmohan Reddy and also to his brother judge, Honourable Justice Ramana, who has an impeccable track record.

The Andhra Pradesh Chief Minister, however, has been crying hoarse for the past few months that the Supreme Court judge in question was “influencing” the judiciary that put roadblocks in his work, and cited some 100 judgements to back his allegations. The decisions of Andhra Pradesh government impacted through High Court orders include decentralisation of the administration by way of shifting capital out of Amaravati, the abolition of the AP Legislative Council and the removal of AP State Election Commissioner, N. Ramesh Kumar.

Jaganmohan Reddy’s cry for justice has dragged the judiciary at the highest level into his ongoing political battle, and it remains to be seen how the situation develops. In doing so, the Chief Minister took care of the optics, by launching his politico-legal battle days after meeting Prime Minister Narendra Modi.

The All India Judges Association has passed a resolution condemning Andhra Pradesh Chief Minister Y S Jagan Mohan Reddy’s letter against Supreme Court judge, Justice N V Ramana, as a “deliberate attempt to scandalise and coerce the judiciary”. The Association said the “tone, tenor and timing of the letter portrays malafide and appears to be orchestrated for hidden agendas”. (https://www.thehindu.com/news/national/jagan-letter-aims-to-coerce-judiciary-says-judges-body/article32893674.ece).

If Justice Ramana is unable to be elevated as CJI, it would be Justice RF Nariman, the number 3 in the SC seniority list, who makes the cut. But he would have a short tenure of a few months and then it will be the turn of Justice UdayUmeshLalit, who will then have a tenure of 13 months as CJI, until November 8, 2022.

Already, senior advocates and anti-corruption activists have stepped up the ante and called for an independent probe by a panel of retired Supreme Court judges of impeccable credentials to examine the corruption charges.

Can Honourable Justice Ramana be removed if found guilty, either by an independent probe body or an inquiry by the SC in-house panel?

Removal of a sitting Supreme Court judge, it appears will be a tall order under the Judges Inquiry Act, as the motion of impeachment must be passed by both houses of Parliament with a two-thirds majority. That, if indeed an impeachment motion is admitted in the first place. A few years ago, the Rajya Sabha Chairman had refused to admit an impeachment motion against the then CJI Deepak Misra, who was alleged to have received illegal gratification to settle cases.

So, now the ball is firmly in the court of the political executive.

The High Court of Andhra Pradesh has seen many a legal gem and it is unfortunate that today, one of the three organs of the state, the executive, appears to have lost faith in the judiciary and the very same High Court. Who can forget Justice KokaSubba Rao who was the first Chief Justice and later went on to become the ninth Chief Justice of India in 1966? Or that Justice O. Chinnappa Reddy was the beacon for other High Courts?(https://www.thehindu.com/opinion/op-ed/the-sorry-plight-of-the-andhra-pradesh-higher-judiciary/article32895600.ece).

Now whatever is the outcome of the case, it cannot bode well for the image of the Supreme Court, looked upon as the temple of justice and fairness.

What we are Best At